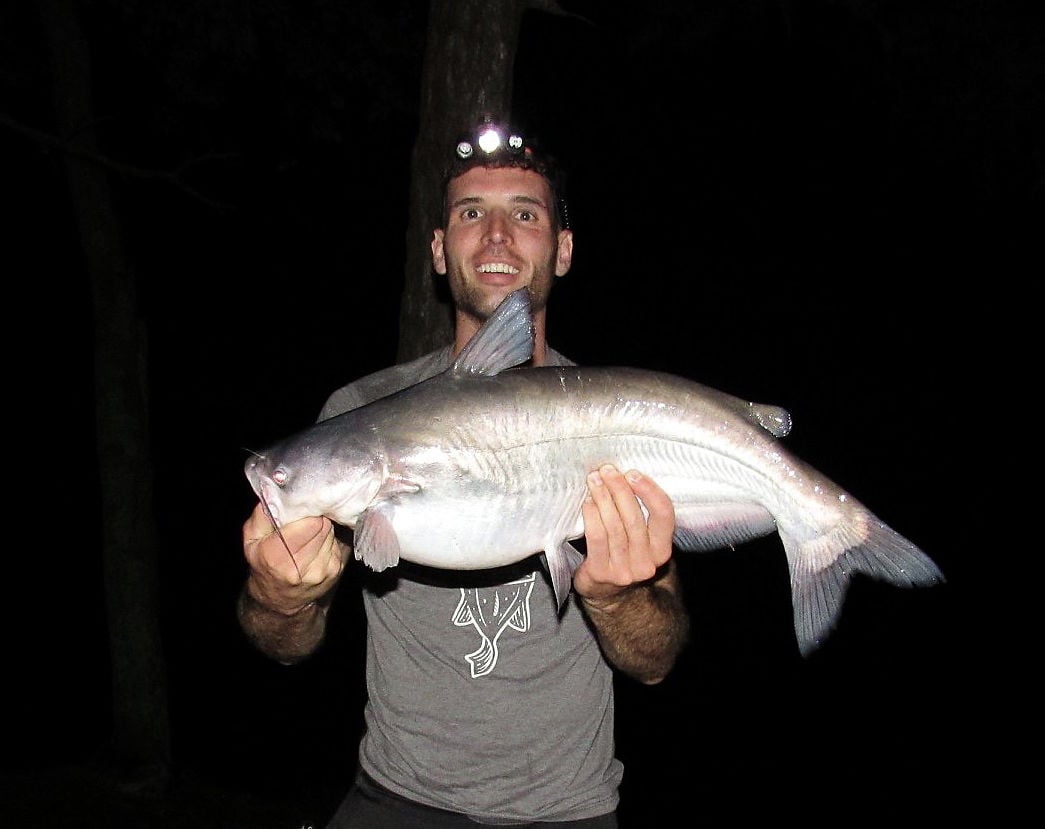 Blue catfish grow to more than 10 times this size, but the author was quite happy with this specimen. 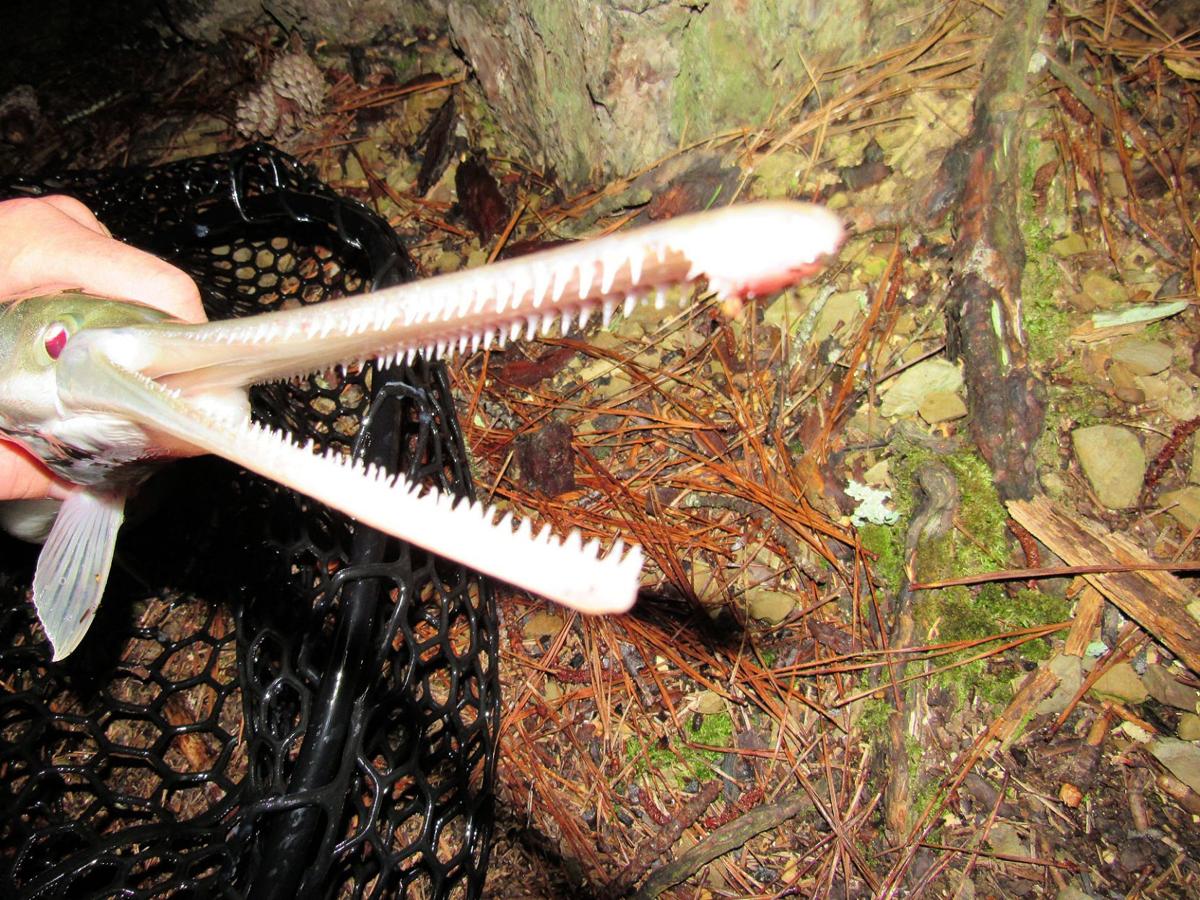 Getting catphished isn’t the only nightmare the author feared in North Carolina. These gar teeth were quite terrifying. 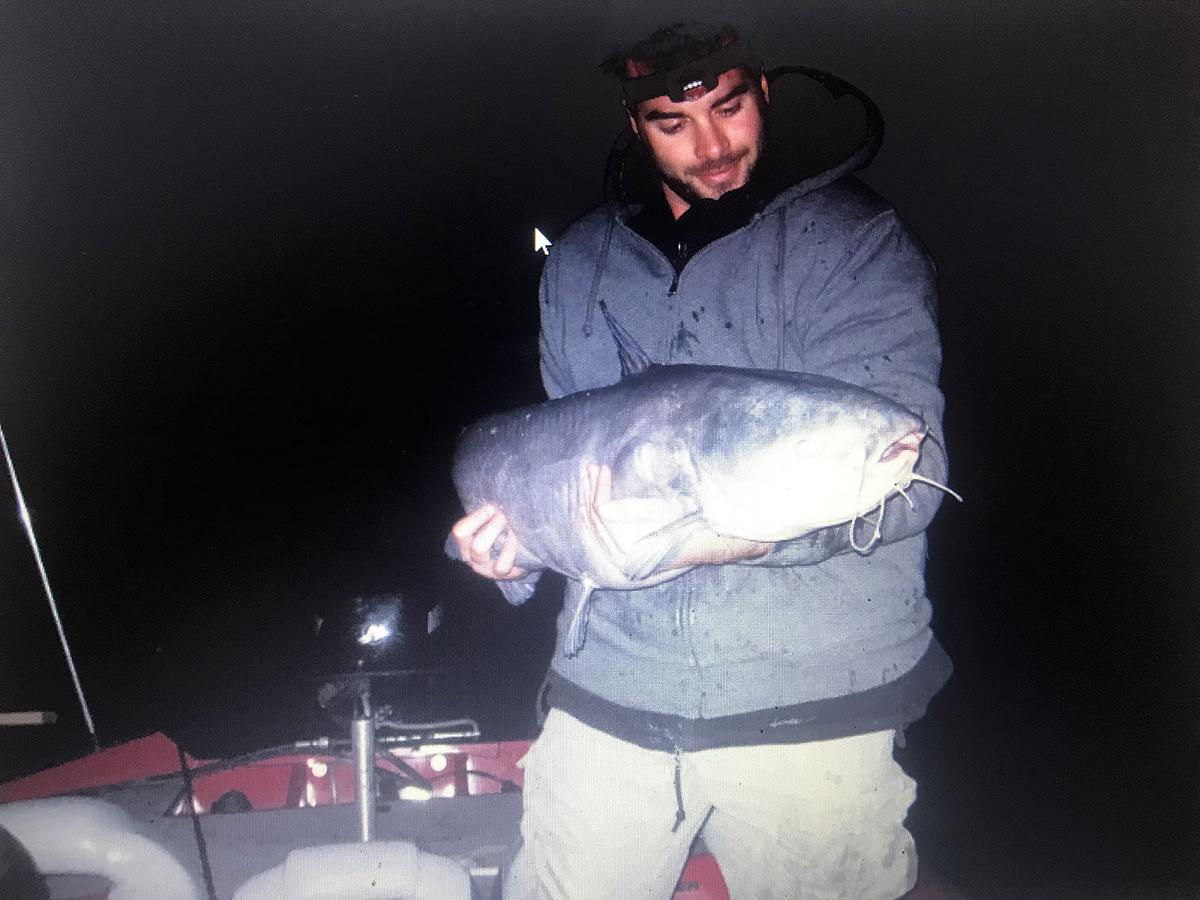 The author’s friend, Tim Aldridge, has caught some very respectable blue catfish over the years.

Blue catfish grow to more than 10 times this size, but the author was quite happy with this specimen.

Getting catphished isn’t the only nightmare the author feared in North Carolina. These gar teeth were quite terrifying.

The author’s friend, Tim Aldridge, has caught some very respectable blue catfish over the years.

NORWOOD, N.C. — Manti Te’O may have been the most high-profile victim of catfishing, but he certainly wasn’t the only one to fall prey. The poor guy was tricked into believing he had an online girlfriend, who, as it turned out, wasn’t real.

In a digital world, the possibility of this happening is far more real than many of us would like to admit.

Being single and out of college in a small town means I’ve run the gamut of online dating sites and apps over the years, and there were numerous times people tried (for reasons only God knows), to catfish me.

Usually it was obvious right away.

Other attempts made it a few minutes further into conversation, but at that point I’d only sent my Social Security number and tasteful nudes, so it could’ve been worse.

The potential for catphishing is not limited to dating and romance, either. I have dozens of people I’d consider friends whom I have never met IRL (that’s in real life for those who were fully grown after AOL Instant Messenger came to market). There are folks from Twitter, Instagram, Fishbrain, and numerous folks from Facebook forums and fishing groups in which I take part whom I have never met or seen outside their manufactured and carefully curated online presence.

It’s possible, I suppose, that some of them could be fake, but when I flew to Asheville, North Carolina, this summer for a conference, the last thing I expected was to come into contact with a catfish.

While in Asheville, I enjoyed the food, coffee, and generally Oregon-esque nature of the town. The conference itself was actually designed for college professors, but I got a lot out of it (not something I can say about most conferences I’ve attended).

At the conference, I met some interesting people I’ll never see again and even went on my second Tinder date in as many years because you never know when and where you’ll meet the love of your life, right?

When I walked into the coffee shop we’d planned to me at, imagine my surprise when I saw a bearded man sitting at a table smiling. He started to get up.

“Oh no,” I thought. “Why is he coming towards me?” I mentally backpedaled.

“Hey,” he said. “What would you like to drink?” adding the last part as he stepped behind the counter.

She showed up minutes later, very real and completely devoid of whiskers.

Had I not been flying out in two days, who knows, but long distance is hard enough when you know somebody — let alone after a single date.

We parted ways with a smile at the coffee shop, and I headed east to meet up with one of those online friends from the North American Native Fishes Association (NANFA) forum on Facebook, Tim Aldridge.

From our interactions, I knew Tim, a former Marine, was incredibly knowledgeable about redhorse (suckers) and darters (think extra tiny perch), having caught more species of each than almost anyone else alive.

Further, I knew he’d pioneered “snorkel fishing,” a method wherein you snorkel in a river or creek to target small fish or particularly spooky fish that are impossible to see from above the water.

It looked awesome, and though I didn’t think we’d have time in my short stint after the conference, I was intrigued.

I drove out to Norwood, where he lives, and I was pleasantly surprised to see a guy who matched the profile pictures. He was real!

I was even more pleasantly surprised when he wanted to go fishing that evening. I’d arrived late, and his eagerness to get out on the water showed we were kindred spirits.

We started fishing from the boat in a local lake, but a lightning storm forced us to shore, where we fished for (you guessed it) catfish most of the night.

Using a mix of live bait and cutbait, I was hoping to catch a flathead catfish, the one large North American catfish that still eluded me. Though that didn’t happen, I did catch my three largest blue catfish to date, my largest channel catfish and a respectable longnose gar.

Tim knew exactly what to use and where to put us. We had relatively steady action, and as the lightning flared in the background, we talked about our shared Christian faith, military experiences, and fish tales.

He didn’t let on much, but Tim was a bit of a badass, something that was confirmed when the sheet rain blew over our position, and he pulled out rain gear, wool blankets, and just kept casually watching the rods.

The flatheads normally so common at that lake didn’t show. I was a little disappointed in that sense, but I’d also caught the four largest catfish I’d ever caught, as well as the bonus gar, which longtime readers will know I hold especially close to my heart.

All the catfish fought like tanks, and when I got to pose with a blue cat just shy of 10 pounds, the flash revealed a massive smile.

So yes, I didn’t get what I was expecting, but to say I got catfished — sorry, catphished — by a catfish would be preposterous even for Manti Te’O.