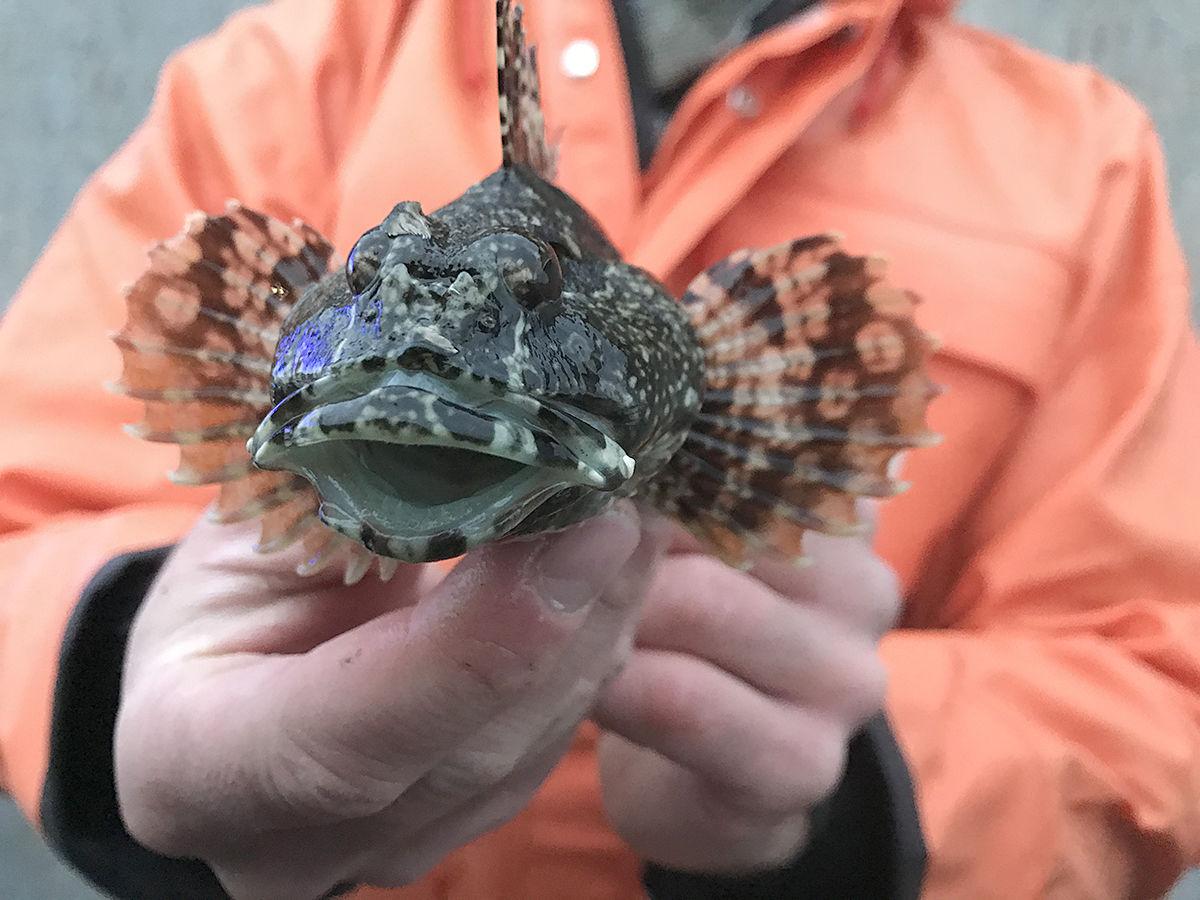 Cabezon are the best-tasting fish the author has ever eaten. They eat a diet largely comprised of Dungeness crab and thus have the same sweet flavor. Oregon anglers can keep one fish of at least 16 inches from July 1 to December 31. 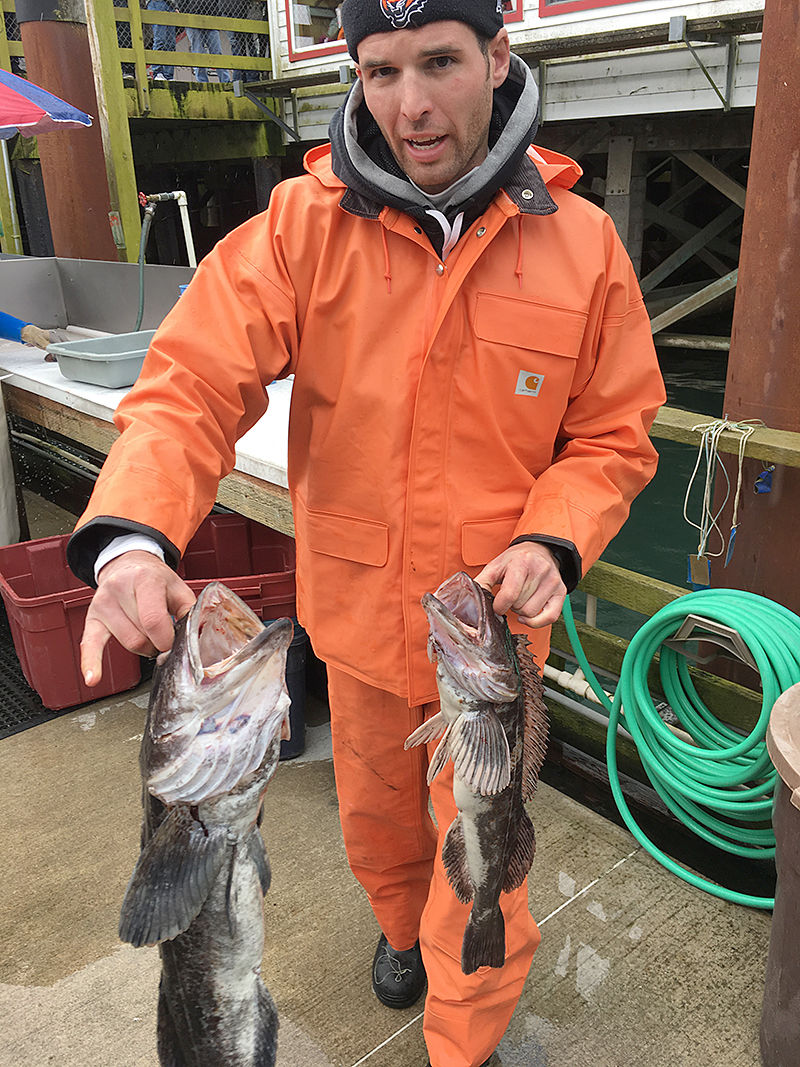 During the month of March, limits of lingcod are fairly realistic, as the fish move shallow to spawn. Anglers can keep two fish per day at least 22 inches in length all year long. 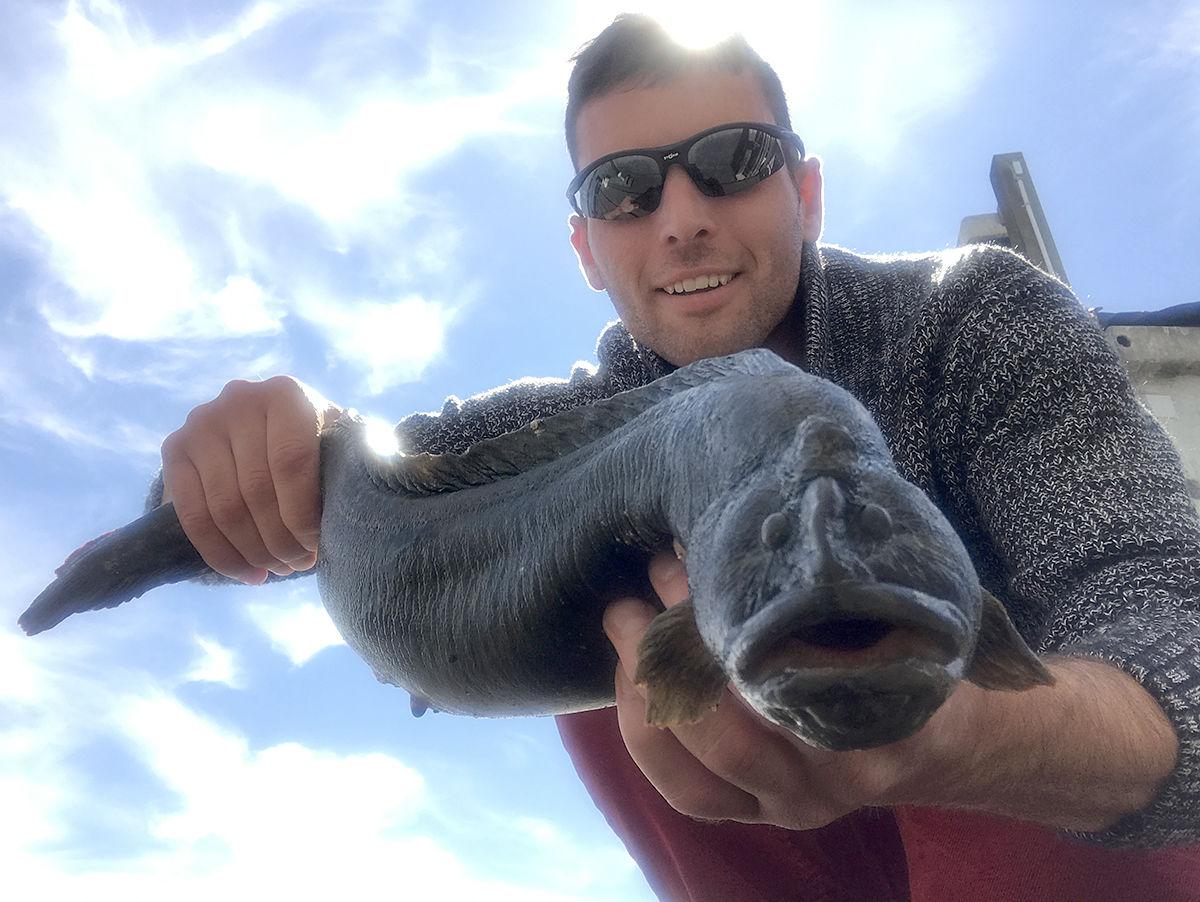 The monkeyface prickleback is the most common of about a dozen species of pricklebacks found in the Pacific Northwest. Though they’re ugly and pugnacious, these fish are delicious. Oregon anglers can keep up to five per day with no minimum size limits.

Cabezon are the best-tasting fish the author has ever eaten. They eat a diet largely comprised of Dungeness crab and thus have the same sweet flavor. Oregon anglers can keep one fish of at least 16 inches from July 1 to December 31.

During the month of March, limits of lingcod are fairly realistic, as the fish move shallow to spawn. Anglers can keep two fish per day at least 22 inches in length all year long.

The monkeyface prickleback is the most common of about a dozen species of pricklebacks found in the Pacific Northwest. Though they’re ugly and pugnacious, these fish are delicious. Oregon anglers can keep up to five per day with no minimum size limits.

LISBON, Portugal — On a trip to Portugal a few years back with National Geographic’s Oregon arm, the Center for Geography Education in Oregon (C-GEO), my group was assigned a tour guide. He held bottomless knowledge about the regions we visited in Spain and Portugal.

As we rolled through Lisbon, he proudly boasted the city was home to “the best fish in the world” a statement Seattle, San Francisco, Vancouver, Halifax, Boston, Key West, Tokyo, and a host of other cities weren’t there to contest, so it stood.

Despite my inability to spell “connoisseur” the first time I typed it here, I consider myself a seafood connoisseur, so I was stoked to try what Lisbon has to offer. I sampled a dozen fish dishes in the most highly rated restaurants across the city, including various bream, European sea bass, tuna, mackerel, dogfish and mullet, but nothing came close to “the best” fish I’d ever eaten. While a few of the dishes were delicious, none held a candle to what I had back home.

To be fair, Lisbon isn’t the only place to make claims about the table value of its fish it just can’t back up. This was pervasive in Europe, New Zealand and at virtually every port in the United States.

Kiwis swore up and down snapper (Pagrus auratus) was the best. Floridians swore it was gag grouper (Mycteroperca microlepis). The Canucks told me it was fresh, ocean-caught sockeye salmon (Oncorhynchus nerka). Now, all three of these were delicious, but they weren’t the best I’ve ever had.

What fish was? I’m no Anthony Bourdain or Andrew Zimmern, but I’ve eaten fish virtually everywhere you can eat green eggs and ham, across a dozen countries and 27 U.S. states, so I’ve seen (and tasted) a lot. Each region tends to have a fish its proponents claim tastes better than everything else that swims. That’s simple humanity; we automatically form tribes around our national pride, religion, politics, hobbies, and yes, even the foods we like.

Throughout the United States and Canada, many claim either walleye or yellow perch is the “best-eating fish” around. First things first, if anyone tells you a freshwater fish is the best-tasting fish on Earth, slap them and ask them if their mother knows they’re a dirty liar.

OK, don’t do that, but they’re either lying or haven’t tasted anything from the ocean. While I agree that perch and walleye are the best freshwater fish in North America (if you don’t count salmon), virtually every fish I’ve had from the ocean tastes better, has firmer meat and can be cooked in more ways. Don’t be salty; it’s true.

Everyone’s tastes are different, and depending on how a fish is prepared, certain fish perform better than others. Soft-fleshed fishes like eel make for decent sushi but wouldn’t hold up to the heat of a fryer like a firmer fish, such as a rockfish or cod would. Likewise, some fish like mackerel have such strong flavors that lightly sautéing or baking them in butter or olive oil might not turn out the best result. Others still should never be eaten raw.

What fish is the best? Impossible to say objectively, but in my experience, there are three fishes that rise to the top — when cooked. Strangely enough, all three of them can be found in the cold waters of the Pacific Northwest. I know. It’s not really fair. We already have some of the best water, coffee, beer, restaurants and quality of life (outside our major metropolitan areas) in the world, so it doesn’t seem right that we also have the best-tasting fish, but when it rains, it pours. And it rains a lot in the Pacific Northwest.

The three best fishes I’ve eaten are, starting with the absolute best: cabezon, monkeyface prickleback and lingcod. In fact, while I release more than 99% of the fish I catch, I always keep these fishes when legal and practical. There are precisely zero other fish that meet that criteria in my book. Why?

Well, once you have the best, why settle.

Fortunately, all three species are available in Oregon, Washington and California waters to the enterprising recreational angler, but Oregon’s laws are by far the least restrictive. Oregon allows anglers to keep all three species of fish, so long as the cabezon are at least 16 inches long and the lingcod measure 22 inches or more. There is no size limit on pricklebacks. Anglers can keep two lings, one cabezon (only during the July 1 to Dec. 31 season), and up to five pricklebacks. Lingcod and pricklebacks can be harvested all year long.

March is when the lingcod spawn, so even though cabezon harvest is closed, it’s a great time to make a trip to the coast. Lingcod represent a small portion of Oregon’s commercial fishery, but are one of the most-harvested species of fish in Oregon — and for good reason.

According to the National Oceanographic and Atmospheric Agency (NOAA)’s FishWatch site and the Oregon Department of Fish and Wildlife (ODFW), respectively, lingcod represented just 1.4 million of 300 million pounds of the commercial catch (less than 0.5%) while recreational anglers harvested some 68,000 lingcod, making it one of the most-harvested fishes.

Where better to focus than Newport and Depoe Bay on Oregon’s Central Coast. The two ports represented almost half of the 2018 recreational bottomfish catch, according to the same ODFW report, so get out there and catch some fish that puts every other “best fish on earth” to shame.

I say these fish are the best when cooked because all three species (like most fish found in deep water) are known to have worms. These parasites are completely killed and harmless when cooked, but eating prickleback, lingcod or cabezon as sushi or sashimi could actually be harmful to your health.

As with all fish, you don’t need to cook the life out of it like with hamburger or bacon, but cook it enough to kill any parasites. The Centers for Disease Control (CDC) note maintaining an internal temperature of at least 145 degrees Fahrenheit for at least 15 seconds will kill any parasite found in fish, so start there.

Seafood is one of nature’s greatest bounties (and the category includes most of my favorite foods), but it can be dangerous if not prepared properly. If you have any questions or concerns, drink from the well of all human knowledge we simplistically refer to as “the internet.”