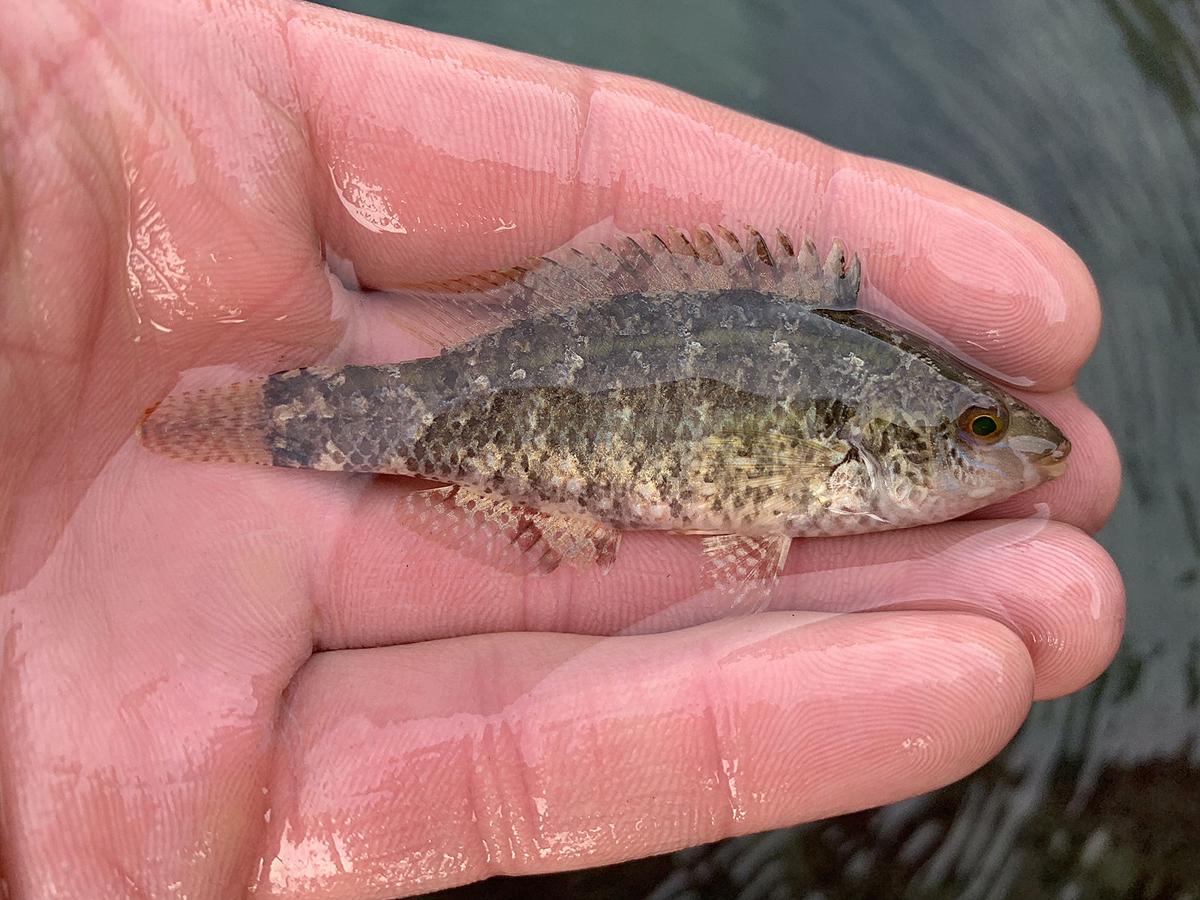 The five-spotted wrasse, Symphodus roissali, is found throughout the Mediterranean and Adriatic, but it is nonetheless beautiful. 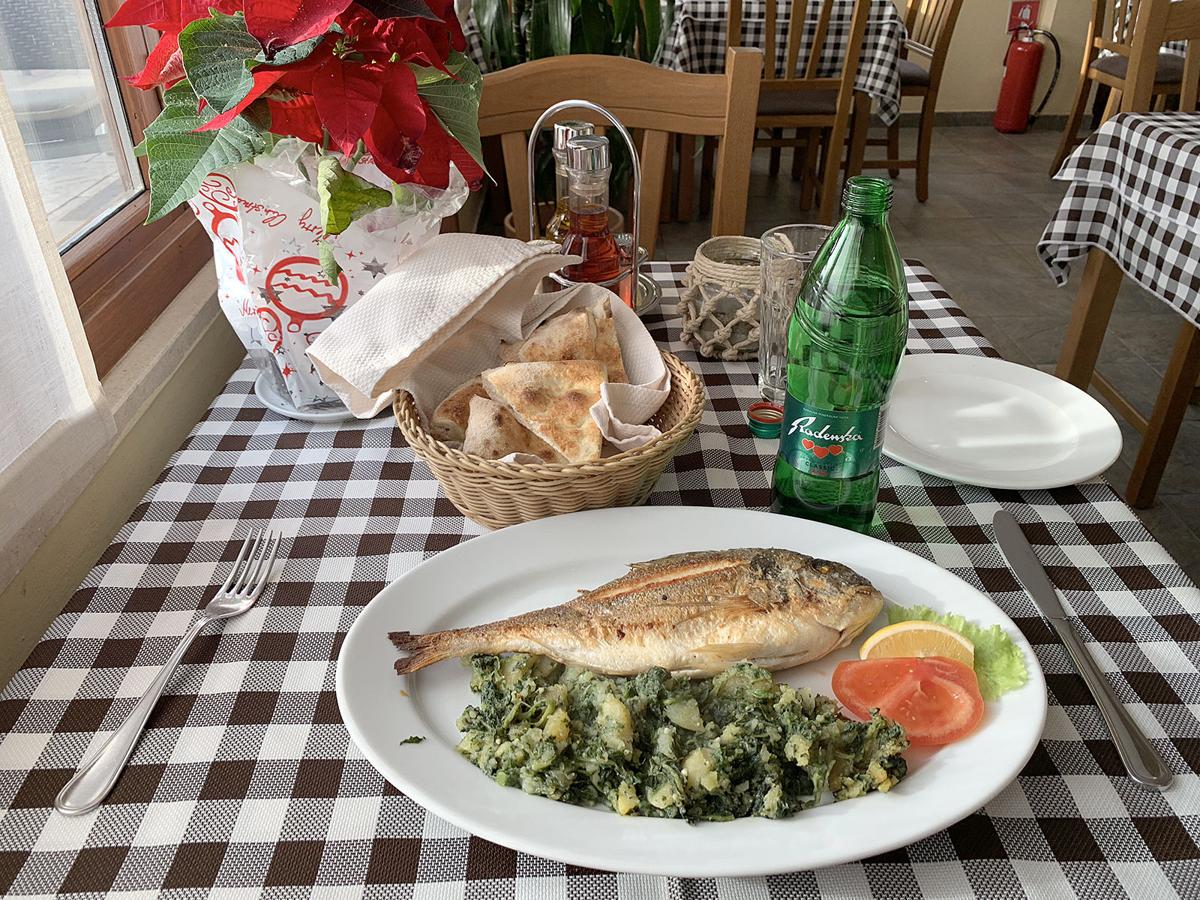 The food in Slovenia was incredible. This meal of sea bream, potatoes and greens, and homemade bread was one of the best meals the author has ever eaten, and it only cost around $12.

The five-spotted wrasse, Symphodus roissali, is found throughout the Mediterranean and Adriatic, but it is nonetheless beautiful.

The food in Slovenia was incredible. This meal of sea bream, potatoes and greens, and homemade bread was one of the best meals the author has ever eaten, and it only cost around $12.

PORTOROŽ, Slovenia — My mom’s side of the family, the Tauchers, is Slovenian. This is partly why I went to Slovenia last year during the Christmas season.

Some of you find this interesting while others are making note of my mother’s maiden name to plan a full-scale attack on my bank account. Joke’s on you, though, because I’m still paying off that trip, so you’ll be sorely disappointed.

I’ve been to Europe twice, but my second trip was infinitely better. It fell during the Christmas season last year, and Christmas in Europe is next-level, my friends. It puts the Hallmark Channel and the 25 Days of Christmas to shame. Festive doesn’t come close to describing the array of lights, the numerous “Christmas Markets” found in every city — large and small — the snow, the picturesque cityscapes, or the music flowing out of every establishment to put a twinkle in every eye and a smile on every face. Anyone left unmotivated to get into the Christmas spirit won’t be able to resist when cuddled by the warm smells of whatever regional Christmas pastry is cooking nearby. There’s no doubt: Europe does Christmas right.

Our entire trip to Europe began when brother, Gabe, decided to study abroad in Vienna. I never learned her name, but his presence over there got me on a plane. I arrived days after he proposed to his then-girlfriend, Rylee. Spoiler alert: they’ve been married almost three months now.

My parents, my brother Jake, and I all had different itineraries. My schedule allowed me to arrive first and leave last, I humble brag, but for about 10 days, we were all together. As a group, we got to see much of Austria, Bavarian Germany, Czechia and Slovenia.

Without a doubt, Slovenia was the most consistently beautiful place I’ve ever been to. From the stone-cobbled oceanside walkways to the snow-capped Slovenian Alps, to the ancient foreboding castles and churches clashing with modernity of high rises in the capital of Ljubljana, the country accounting for half of my genetics is incredible. Truly incredible.

Despite the grandeur of Ljubljana and the Alps and sharing the wonder with my family, escaping to the coastal town of Portorož for a couple days’ fishing added another layer to the experience.

The Adriatic is unique. Tucked away in the corner just off the Mediterranean, it’s an easily forgotten area, and that’s fine with me. Apart from some traffic to and from a classy, Monte Carlo-esque casino, the sleepy oceanside town was mine to behold with just a handful of other tourists.

I walked the cobblestones, sampled pastries and enjoyed what might have been the best meal I’ve had in Europe at a small restaurant on the harbor, enjoyed a whole, skin-on seabream, a mixture of steamed greens and potatoes and the best bread not containing garlic the world has ever known. The best part? I paid just 11 euros for the meal.

Ambiance aside, I was there to fish. I’d separated from the family for two days in hopes of getting a few new species for the list, but my first night was slow. The drizzle and wind was significant enough to make sight fishing very difficult, and since I didn’t have ideal bait, I made due with — gulp! — artificials.

The only fish I could find that didn’t bolt at the sight of my light was a goby of some sort. While the light didn’t scare it, my bait did. Every time I dropped the bait in its face, it would dart under a large rock. I spent fully two hours playing cat-and-mouse with the little bugger, but eventually, my tenacity overcame its instincts, and I held my first rock goby in my hand.

Given the late hour, I called it a night and retreated to my Airbnb at the outskirts of town.

I started my day with some delicious coffee — because Europe — and a pastry. I bought some shrimp for bait at a grocery store, and then headed to the waterfront.

My expectations were realistic, so I decided to focus on micro species. I was able to catch gobies left and right during the day, sighting them, and then coaxing them from beneath rocks and underwater wreckage with my tiny baited hook.

In total, I caught black goby, Sarato’s goby, and big-scale sand smelt as I walked around the marina. It was cold, but the wind and rain stayed away. I was grateful for the reprieve and, though the fishing was still fairly slow, I was happy to be catching fish.

My day ended when I spotted the reef at the marina inlet move ever so slightly. It was a fish, a wrasse that blended in perfectly with its surroundings. The fish was very picky and wouldn’t bite until I downsized my split shot and drifted the tiny shrimp fleck into its face. When it took the bait, I set the hook and landed my first five-spotted wrasse.

Since I was supposed to rendezvous with the fam in Ljubljana, I had to call it a day. Washing the bait from my hands, I took one last look at Portorož, through the eyes of my Taucher ancestors, and liked what I saw.