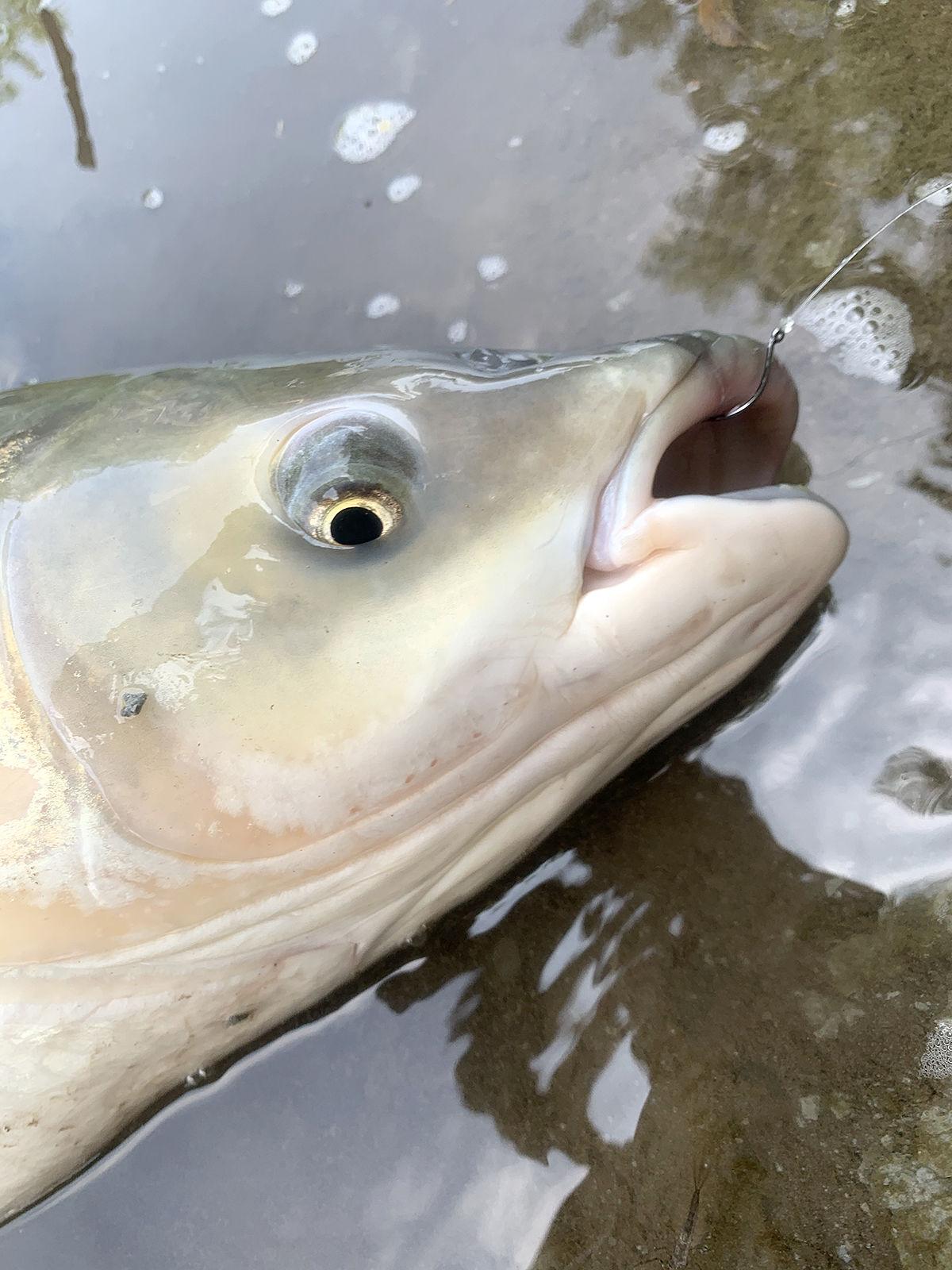 Grass carp have large, rubbery mouths. A good hookset can make all the difference in a prolonged fight. 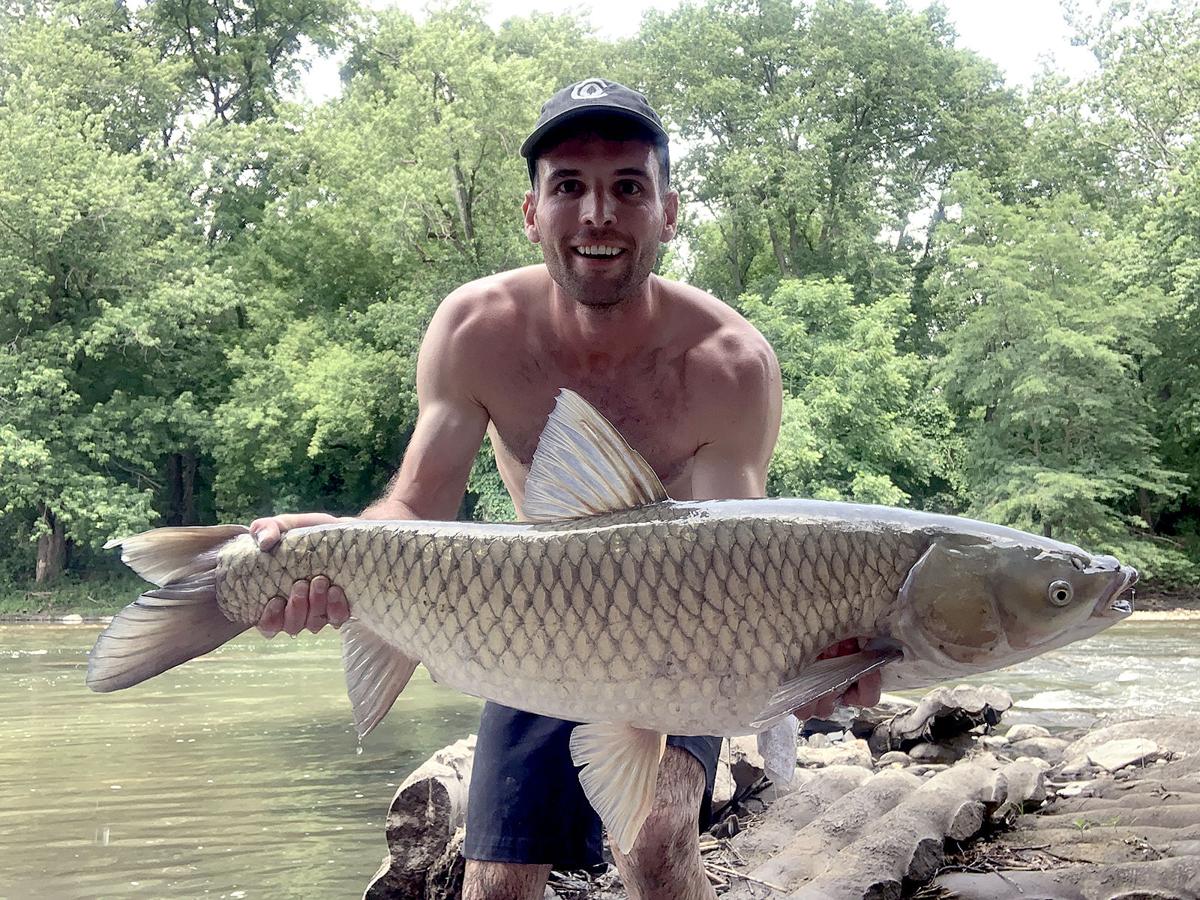 The author poses with a 43x25 grass carp he caught on light tackle in Illinois. Photographing a trophy fish you intend to release can be tough. Fortunately, the small pool and canyon wall helped make for a great spot to use a self-timer while keeping the fish alive.

Grass carp have large, rubbery mouths. A good hookset can make all the difference in a prolonged fight.

The author poses with a 43x25 grass carp he caught on light tackle in Illinois. Photographing a trophy fish you intend to release can be tough. Fortunately, the small pool and canyon wall helped make for a great spot to use a self-timer while keeping the fish alive.

CHICAGO — Cognitive dissonance is a psychological phenomenon in which the subject effectively carries out actions directly opposed to his or her values, beliefs or ideas. Not quite an oxymoron, but rather just out of the realm of predictability or expectation.

Earlier this week, the lens of my normal reality blurred and I experienced some serious cognitive dissonance.

I was microfishing a warm water river an hour from urban Chicago, looking for tiny shiners and darters in a spot my friend Gerry Hansell passed along.

Immediately, I began catching spotfin shiners like it was going out of style. I also set out a light rod with a worm in hopes of catching a river redhorse, a beautiful sucker species, but the native smallmouth bass weren’t letting that happen.

Fishing at the base of a small waterfall that dumped into the mainstem at a right angle that was not much taller than myself was unique. The snot-slick descent put me in a controlled fall until I reached its base. I climbed down it as gracefully as the armload of gear would allow. Spotfins and smallies persisted, but I found neither anything new nor large.

After going into the river to free a snag, I opted to leave the bait rod soaking as I ventured downstream in hopes that I’d find different habitat, altered by the cold water inflow. How naive I was.

As I turned to retreat back upstream, the clouds parted, and golden sunlight crested the canyon wall at my back. I noticed a large amber fish feeding below the confluence. Though my first thought was “redhorse!” I let my excitement wane as I realized it was a common carp. A respectable common carp, but still.

I could see half a dozen of the docile cyprinids slurping detritus as it drifted by. Most of the commons were about 30 inches long — big fish, but not at all uncommon for carp. What was insane was the grass carp I saw ghosting at the edge of visibility below me. It was half again as large as the commons, and the gentle giant kept its distance from me but didn’t spook outright, likely the result of my standing in the shadows dripping off the canyon wall and the popularity of the spot with raucous teens who tubed down the small falls shortly after I moved downstream.

As the sky closed up with clouds from an impending storm in the distance, I knew I had maybe an hour left to fish, and as weird as it was to see this pond-dwelling fish in a river, I took it as a sign.

I scaled the falls, loaded all of my gear and relocated downstream, slipping as I returned to my carp-viewing area and launching my photo tank (a glass vase used to photograph small fish) into the water. It spooked the carp, and even as I fished the tank out, I cursed the moss upon which I’d slipped, rubbing my bruised tailbone but failing to do the same for my injured pride.

Without wasting another minute, I tossed my worm out into the pool. Nothing. Not surprising. Carp eat a primarily vegetarian diet.

I happened to watch a small piece of moss I’d freed with my misstep drift by a common. The fish wasted no time slurping it down. Immediately, I removed the worm and put on a piece of moss on my hook. A 10- or 12-pound common found it, but my hook (size 14), was intended for small redhorse and was far too small to stay rooted in the soft-mouthed fish once it ran into the current.

Switching to a larger (size 6) hook and 20-pound leader, I tried again, this time with a larger clump of moss. It worked, and this time, I realized I’d hooked a much larger fish.

I’d caught grass carp before in ponds in Alabama and Arizona, but those times I’d been fishing with other people, had a net and didn’t have to worry about current. Not so this time.

Grass carp fight like tarpon without the jumps: furious full-throttle runs to an effortless idle. This disparity oscillates back and forth, making you wonder what possesses the fish for fleeting sprints in between treading water.

The tiny ledge at the base of the canyon was slippery and underlined with sharp rocks, so I couldn’t chase it downstream; I had to keep it in that pool. Thrice it almost fled in the rapids, but I managed to keep it within my grasp, landing it in a small pool out of the current after 10 minutes of stop-and-go fight.

The fish I never expected to find in fast water measured 43 inches long and 25 inches in girth and weighed in around 35 pounds, making it the largest non-sturgeon I’ve ever caught in freshwater. I released the outlier of outliers after a quick photo session and completely forgot about the redhorse I’d hoped to find.