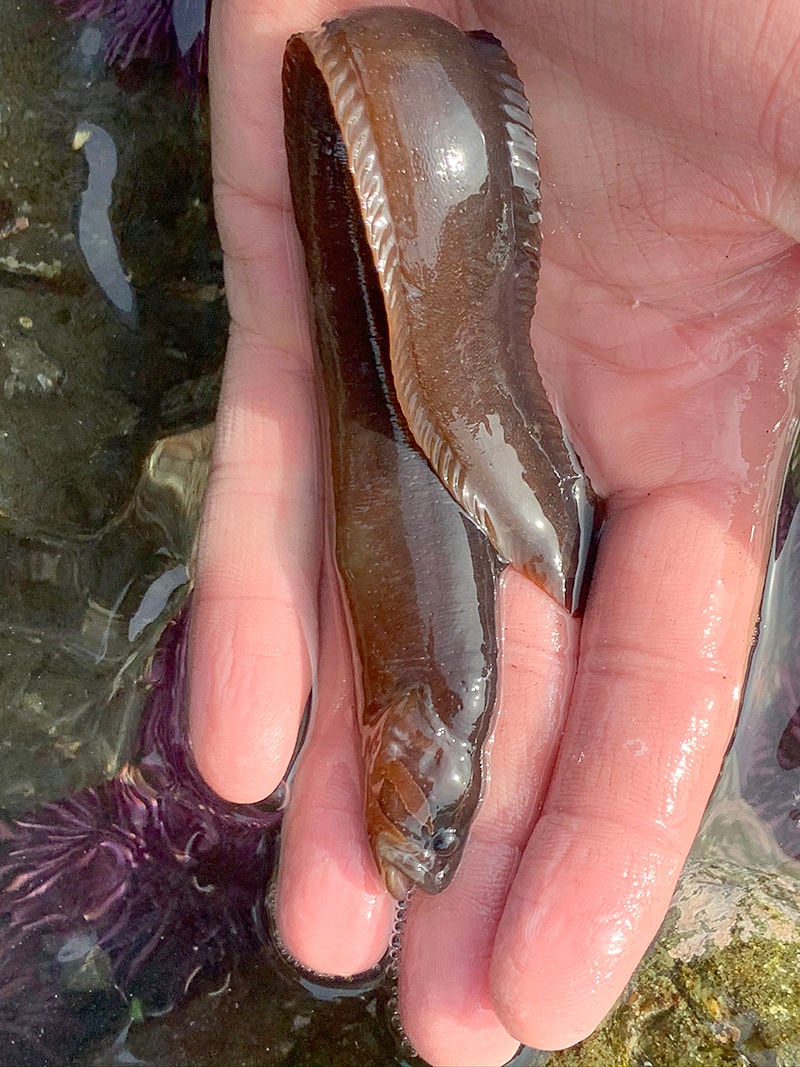 The author had to get creative, braiding three snelled hooks together to land this, his first of three black pricklebacks. 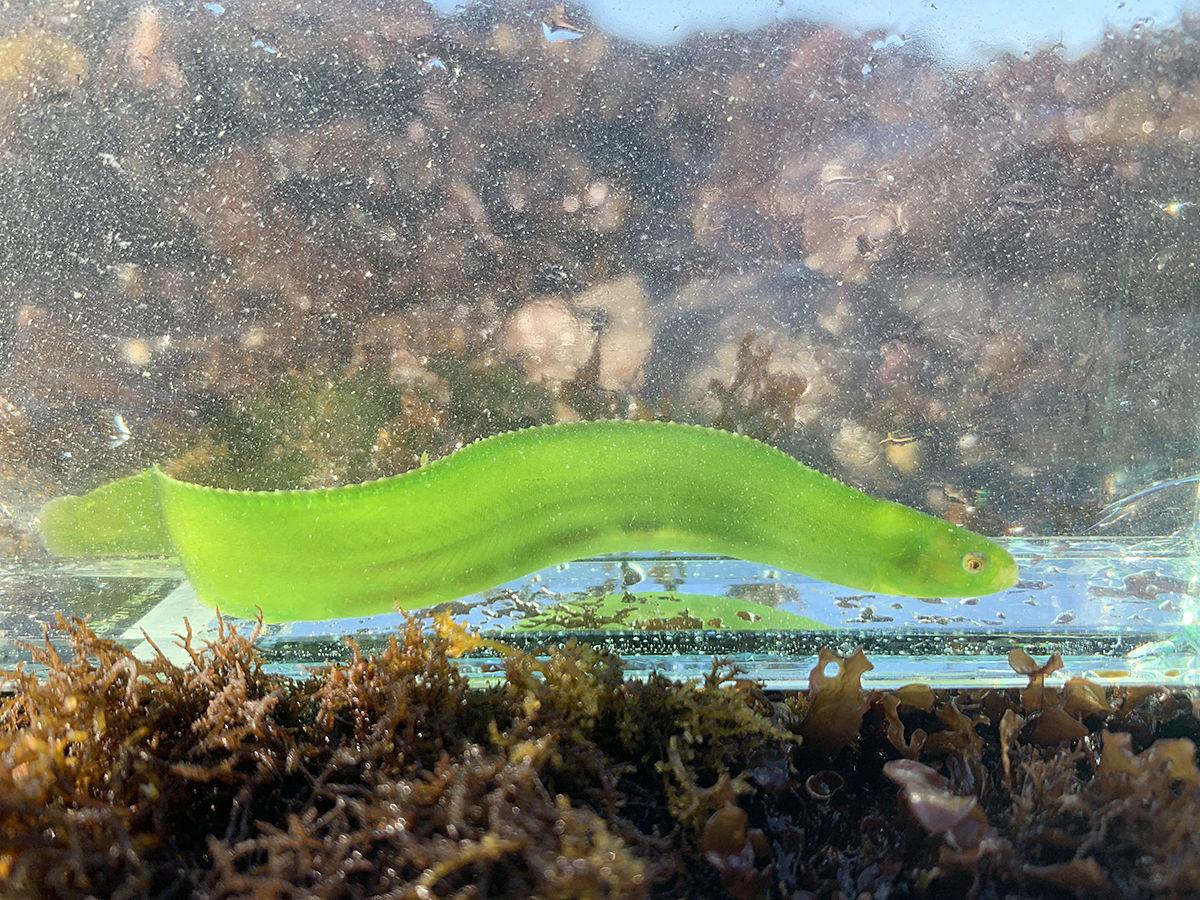 The rockweed gunnel is a striking green fish. Though this fish was about six inches long, it had the smallest mouth of any fish the author has caught. 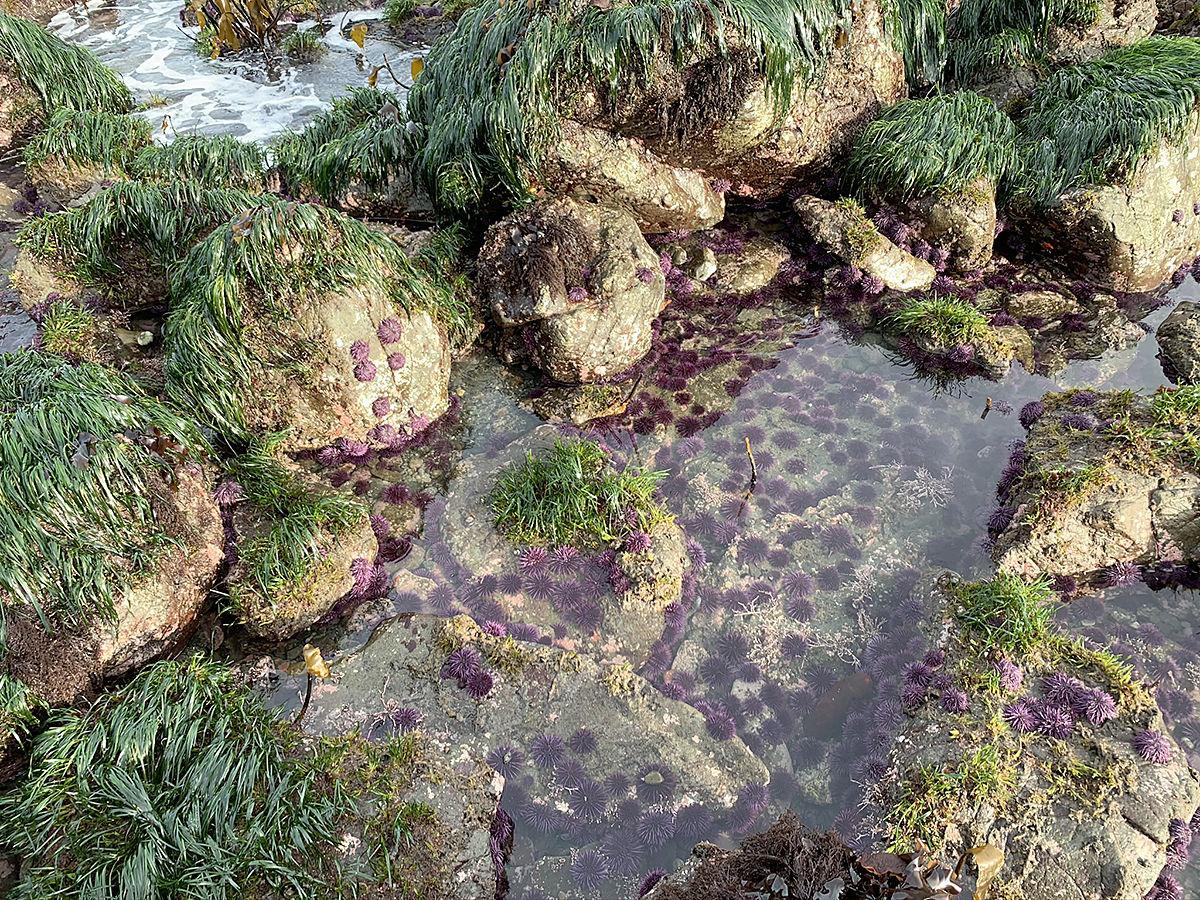 Despite making for some beautiful scenery, such a thick congregation of sea urchins make fishing difficult. 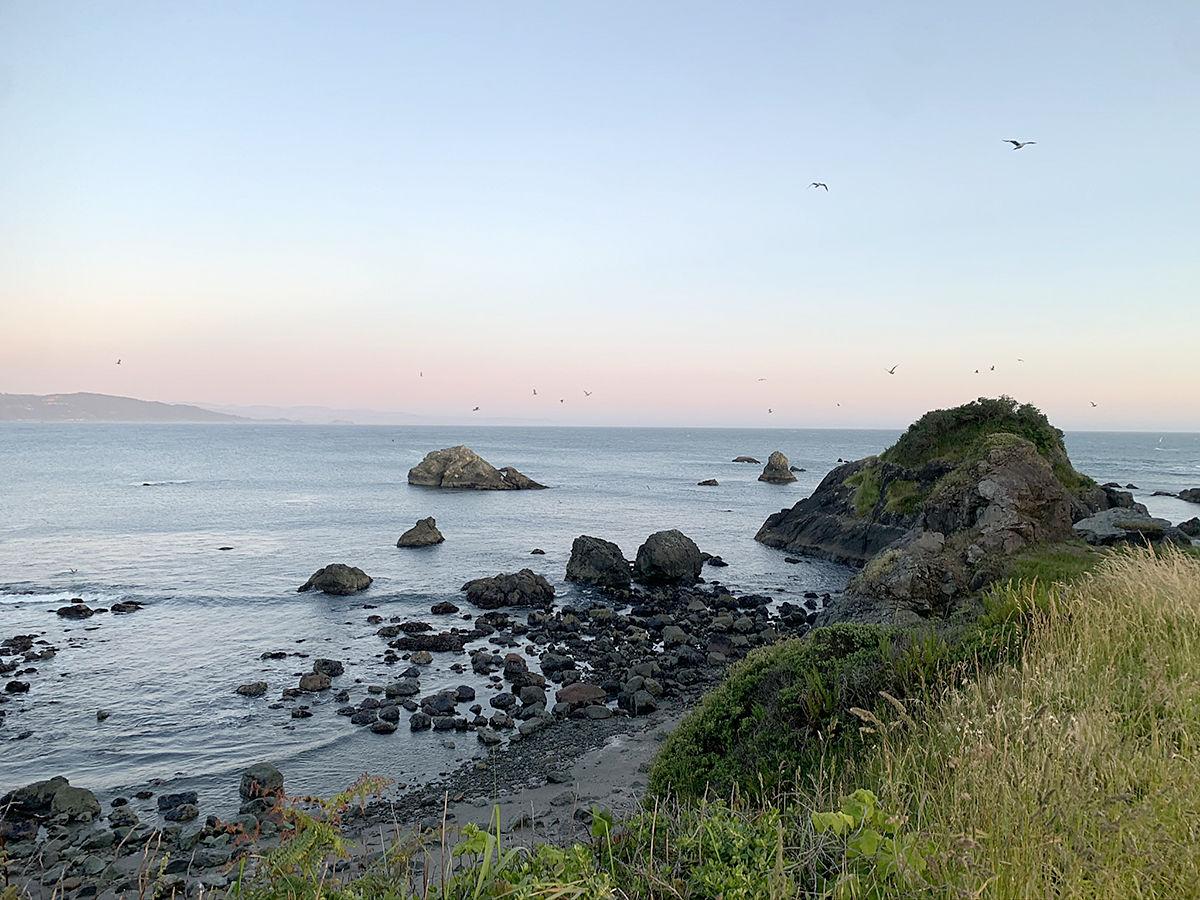 Weather was perfect, and the Brookings sunset didn't disappoint.

The author had to get creative, braiding three snelled hooks together to land this, his first of three black pricklebacks.

The rockweed gunnel is a striking green fish. Though this fish was about six inches long, it had the smallest mouth of any fish the author has caught.

Despite making for some beautiful scenery, such a thick congregation of sea urchins make fishing difficult.

Weather was perfect, and the Brookings sunset didn't disappoint.

BROOKINGS — I’m waist-deep in the surging surf. Low tide was an hour ago, and the tide is coming back in. I have maybe 30 minutes before I have to find higher ground, and I’ve caught nothing new today.

Time is running out on my one and only venture out of town since the dreaded C-word brought the world to its knees. I’ve just lost a fish much too large for the micro gear I’m using, and I’m left wondering what to do.

Despite the wind, Brookings was otherwise idyllic.

The first night, I got a tiny ribbon prickleback after following it around like a madman for an hour in a tidepool. My parents tried microfishing for the first time, and like every person I’ve ever taken microfishing, they were pleasantly surprised by the experience. Though my mom was recovering from knee surgery, we found her a productive puddle where she sat and caught a few fish. She and my dad served as the extra eyes I needed to follow the three-inch, snaky fish around water smaller than a kiddie pool, and I was more excited than anyone catching a three-inch fish ever should be.

The following morning, I got my Gamakatsu Ultimate (the smallest commercially available hook) into the mouth of my first verdant rockweed gunnel, a vivid green fish with an impossibly small mouth. Like the ribbon prickleback, I don’t believe anyone has ever caught one before.

My parents caught quite a few fish, and the novelty of searching for secretive fish the size of your thumb didn’t wear off on them, but by day three, they were understandably worn out. I was worn out, too, but I knew this would be my last visit to the Oregon coast for months, and just one more new species would’ve made my day.

“Just one more" has never been uttered by angler before, so I continued setting trends.

I found myself in an impressive congregation of sea urchins, mostly purple, some red. Walking carefully to avoid crushing them but also trying not to slip and add “impaled on a sea urchin” to the already long, strange list of fishing injuries I’ve experienced, I moved slowly.

I got my fifteenth rosylip sculpin (no hyperbole) of the day in a small crevice the size and shape of a large wine bottle. As I set the hook on another slimy, scaleless rosylip, I saw another curious head. A prickleback. Over the years, I’ve caught plenty of monkeyface pricklebacks. Now, the ribbon prickleback, too, but this is different.

Dropping right back down, I hook it, but it’s under a rock covered in sea urchins, and the one-pound line doesn’t hold. All I have are snelled Owner New Half Moon hooks today, and even if I sprinted to the car for larger hooks and line, the tide would be up too high.

The line breaks and the prickleback slithers back under the rock. Now you’re caught up.

The 10-inch, eel-like fish anchored under rocks in the churning sea are a little more than my frail line could handle. Rather than break another one off, I do a simple, three-strand braid and put all three mini hooks into a chunk of worm, spaced evenly apart. I’m excited at the prospect of something new, so the three-strand braid has me shaking as I slowly work the lines into one.

Repeating the process, only two hooks get into its mouth, but that’s enough. I pull up and wrestle a writhing black prickleback into my wet lap just as a wave crests the small rock providing shelter and slams into me. Fortunately, the fish stays hooked long enough for me to put it into my square glass vase microfisherman call a “photo tank” so I can some pictures.

This exact process repeats twice more from the same rock, and the third one has some red thread sticking out of its lip. I remove my broken-off hook from earlier and laugh at the fish’s tenacity.

Curious, I put half a night crawler in my fingers and lower my hand into the hole, hookless. A fourth prickleback bites, and holds on for a brief ride up to the surface before falling off.

I drop the worm and watch the fish suck it up with impressive speed, photograph my catch, then let them out of my tank. Though pricklebacks are delicious, these aren’t large enough to be worth eating, so I let them go and call it a day after my third new species of my sweet, redemptive trip to the coast.