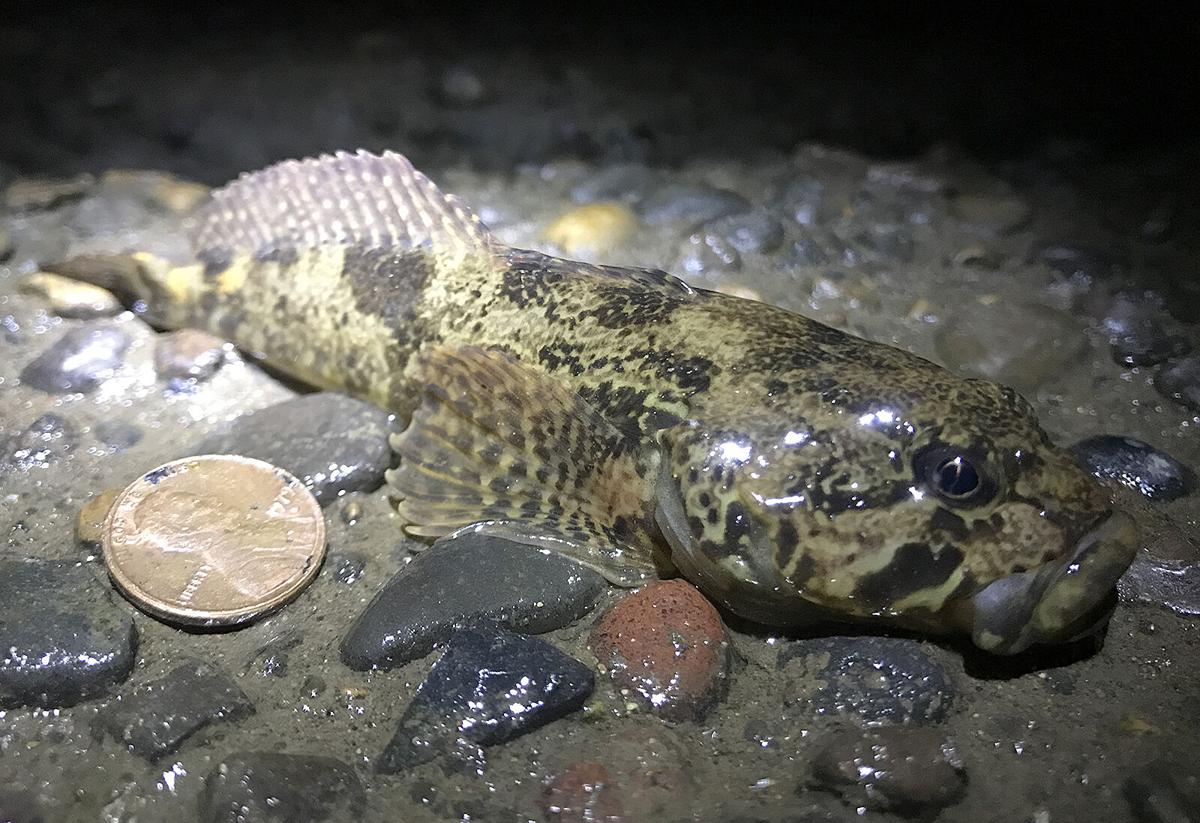 Make sure you’re not overwhelmed by the massive size of sculpins. If they break you off the first time, don’t feel bad. 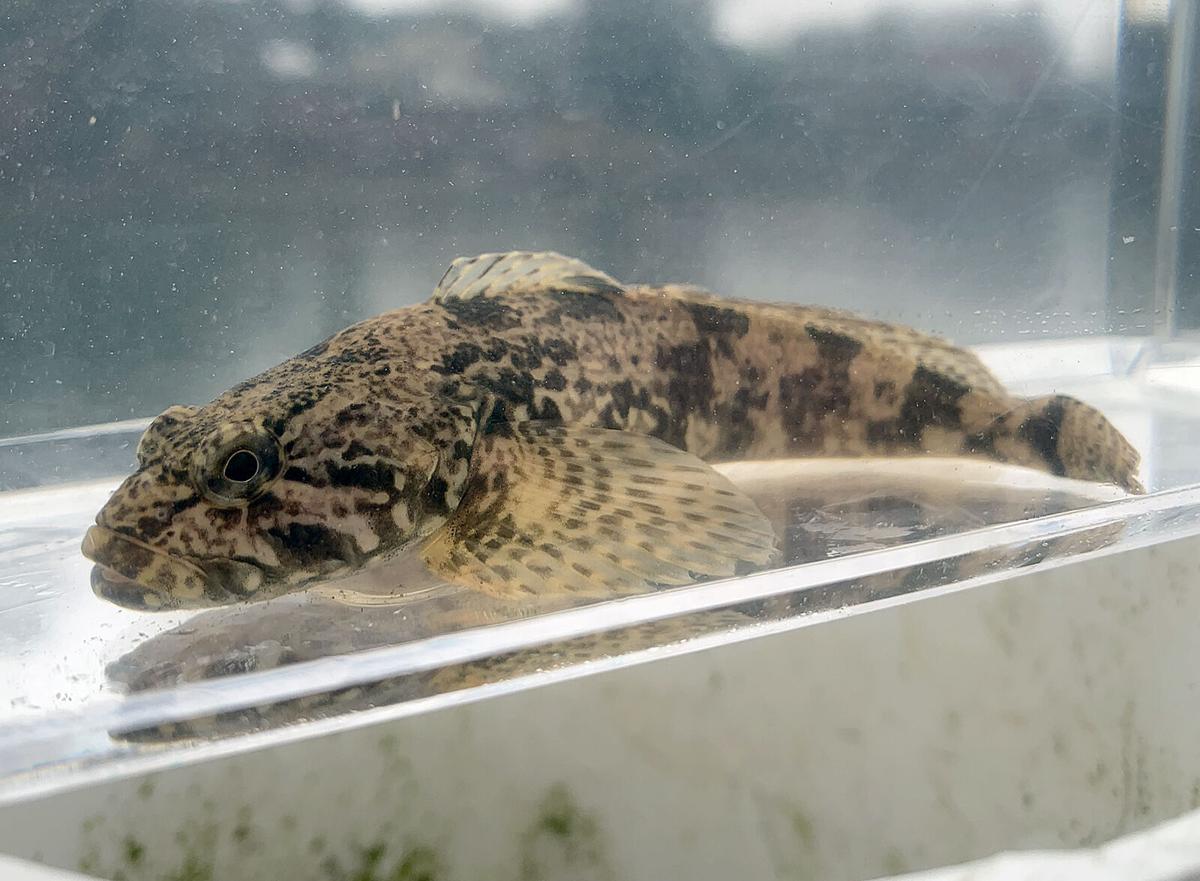 Prickly Sculpin, Cottus asper, like the one pictured here, can be found all along western Oregon, Washington and California. They are one of the larger freshwater sculpins, growing as large as 10 inches, though five- or six-inch specimens are the norm.

Make sure you’re not overwhelmed by the massive size of sculpins. If they break you off the first time, don’t feel bad.

Prickly Sculpin, Cottus asper, like the one pictured here, can be found all along western Oregon, Washington and California. They are one of the larger freshwater sculpins, growing as large as 10 inches, though five- or six-inch specimens are the norm.

The Pacific Northwest is uniquely wonderful, in no small part because it actually has seasons. Now, fall has long been my favorite season and even though it marks the end of my unfettered playtime, it’s usually worth the tradeoff. I get fall foliage, football, maple- and pumpkin-flavored cuisine and a chance to show off my impressive-for-a-straight man scarf collection.

In the years where the planets align, and we have a lingering spring where pollen counts aren’t off the charts, spring comes in at a close second — especially when the water conditions cooperate to allow for great fishing.

Winter has its charms, but I quickly tire of the relentless cold. Since my only winter sports are eating pastries and playing indoor soccer and basketball — activities I do year-round — I could live without the icy roads and California- and Arizona-plated vehicles sliding all over them en route to “see Crater Lake in the winter.”

Congratulations, Luke, you’ve explained seasons in Washington and Oregon. What now? Well if you’re anything like me, you are tiring of the oppressive heat and looking for a way to fish that doesn’t require so much sweat equity.

The simple solution pops up when the sun goes down.

Most people think of catfish or bullheads when it comes to night fishing, but these invasive species have a lesser-known lookalike found in almost every single county in the Northwest called sculpins.

Most sculpins don’t grow very large (the average freshwater sculpin is less than 6 inches long at maturity), but they are simultaneously the most untapped and most enjoyable nighttime fishery in the Northwest. Oregon has more freshwater sculpin species than anywhere else on earth, and Washington has a respectable number herself.

Ponds and lakes rarely have sculpins, as the water is too warm, but virtually every stream and river does. In short, sculpins are in the same waters you can find wild trout, as they are one of the principal prey species for larger trout and coexist with them in uncompromised habitat. If the water is clean and cold, there are sculpins there.

Slightly slower water is ideal for targeting sculpins, which are often found within a few feet of shore at night. They can be tough to spot, but part of the fun is “hunting” for them. Just shoot for a night without rain or high winds, or you’ll be frustrated.

Though chasing sculpins is “microfishing,” a fishing style rooted in Japan that intentionally targets tiny fish and is exponentially gaining popularity in the United States, these fish have large mouths, so you don’t need specialized “micro” gear to catch them. If you fly fish for smaller trout, you probably have everything you need already.

Take your smallest nymph (ideally Size 20 or smaller) and cut or burn off the hackles. Tie it to a light fluorocarbon leader about 3 or 4 feet long. Tie this to the broken rod tip you keep telling yourself you’re going to fix but never will. If you don’t have one (liar), use a stick, an ice fishing rod, any short ultralight or a Tenkara rod — if you’re fancy. Put a tiny tin split shot (let’s stop using lead whenever possible, OK?) 1 or 2 inches above the hook and bait the hook with a teensy piece of worm. Yes, I just wrote the word “teensy” in a syndicated column, but you’re reading about how to catch tiny fish, so you have no room to judge.

Using a headlamp, walk around at night looking for sculpins. Their camouflage blends quite well, so they can be hard to spot. Once you see one, drop your hook as close to the fish’s mouth as you can. Sometimes, they’re aggressive and hit immediately. Other times, you’re going to have to entice them. So — like any type of fishing.

You’re going to catch them if they’re around. Apart from potentially being after their bedtime, this is a great way to fish with kids. I’ve yet to meet a kid under 12 who didn’t absolutely love microfishing. They can do everything themselves since it’s so engaging and interactive. You’ll probably see crayfish and other fish species, too.

While freshwater sculpins look mean, they don’t have sharp teeth, sharp spines or any venom, so they’re safe for kids to handle. As micros go, they’re also pretty durable, so they’re also somewhat safe from kids’ handling. As with any fish you intend to release, always wet your hands before you touch them and never use gloves.

They’re too small to keep, and several sculpin species have protected statuses, so be sure to handle with care and release your catch after getting some trophy shots for posterity.

Though warm summer nights are a great way to get into sculpin fishing, this is an activity for all seasons. One caveat: It’s incredibly enjoyable, and you’ll find yourself having a lot more fun chasing these fish than most self-respecting trout or bass or salmon or sturgeon anglers care to admit.