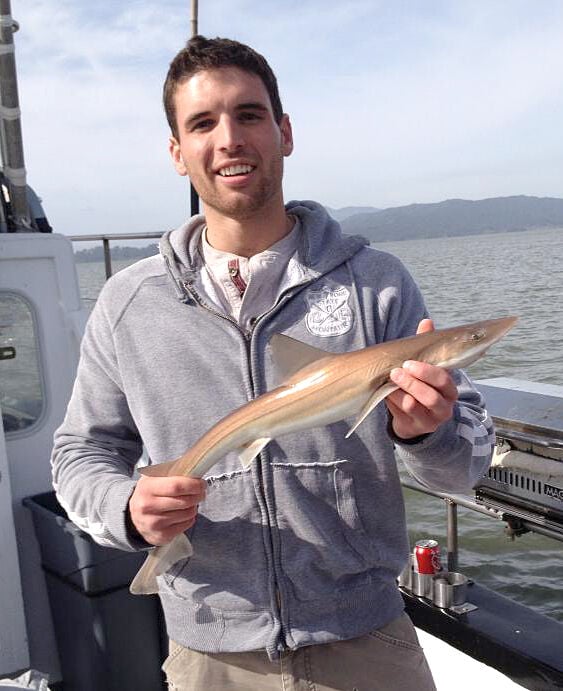 The author's first shark, a brown smoothhound, got him hooked on shark fishing at age 19. 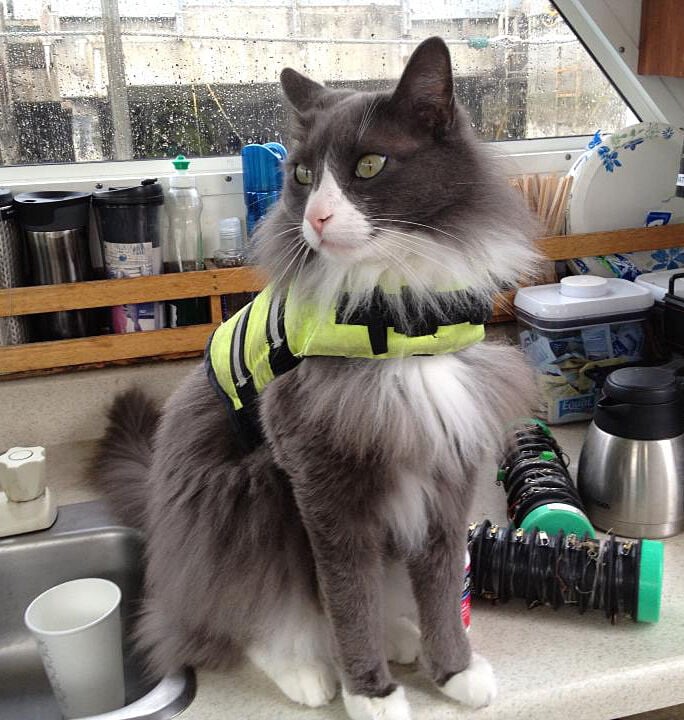 The author's first charter trip with Sole-Man Sportfishing included a cat in a lifejacket.

The author's first shark, a brown smoothhound, got him hooked on shark fishing at age 19.

The author's first charter trip with Sole-Man Sportfishing included a cat in a lifejacket.

FT. LAUDERDALE, Fla. — It took a moment for what I’d just seen to sink in. I thought I’d seen a couple of high school kids toss a shark head over the railing of the pier, but that couldn’t be right. The kid at the center of the commotion couldn’t have weighed 110 pounds, and heaving the basketball-sized object some 20 feet had required assistance from one of his friends.

Riddled with disbelief, I walked over.

Before I could open my mouth, the massive tail of a hammerhead pushing 500 pounds swirled on the surface, and the kid bent back with all of his weight to set the hook. He was horribly undergunned and didn’t have a prayer of landing the shark on his setup, but he fought valiantly for almost 10 minutes before it broke him off — a feat in and of itself.

They’d thrown the head of a 40-pound blacktip shark they caught earlier that day at the hammerhead after giving the meat to someone else. In one sense, I was awed. In another, I was disturbed. Then, before I knew it, I was frozen in déjà vu.

I recounted the story to my friend, Bob Zanengo, that evening and for once in my life, I felt I was at a loss for words. I was staying in Fort Lauderdale with Bob, and I’d been fishing Anglin’s Pier just down the road from him that day. I struggled to describe the emotional attachment I have that at once makes me want to catch every shark I can while making sure every one of them is treated with the respect due the best sport fish you can catch from shore.

Shark Week isn’t for a few weeks. I desperately wish I could’ve timed this to release then, but I didn’t want my readers to wait around for this story and lose interest. I’ve already had enough women lose interest in me.

Captain Don was my favorite captain ever.

When I met him, he said something to the effect of, “You’re surprised I’m not white, huh?” I was. He was about the least stereotypical charter boat captain I’ve ever met. In some 30 charter trips since, he remains arguably my favorite.

Little did I know, he was about to change mine.

Captain Don had given Ben and me a special deal because he was training his son to be a deckhand. As the day progressed, his son caught on quickly. Despite being maybe 13 or 14 years old — about the age of the kids I saw hook the hammerhead this week, thus the déjà vu.

On that trip, the very first fish I caught was a shark. It was small, but as I got it close to the boat, I was ecstatic. It was a shark!

The captain wasn’t too impressed with the brown smoothhound I’d just caught, but he appreciated my enthusiasm. Ben caught one early, too, and after we’d posed for a few quick pictures, we tossed back the relatively harmless little sharks.

Captain Don cracked jokes, informed us, and made the day all-around pleasant. We actually caught several more species that day, but the last hookup I had ended tragically.

My rod sat in the rod holder, minding its own business, when something massive picked up my bait. It ran hard as I lifted the rod, and I feared it might spool me. With the lightest possible pressure, I gently put my thumb on the spool, and the 20-pound mono snapped like thread.

I was informed I’d likely just lost a massive sevengill shark of several hundred pounds. This was the largest fish I’ve ever hooked up until last week, when I hooked and lost my own massive hammerhead in Savannah, Georgia.

Since that first shark and that first heartbreaking lost shark, I’ve been particularly fascinated with these maligned apex predators, and shark fishing has become my single favorite form of fishing.

Expect a lot more tales of impossibly large tails as the summer progresses, woven into a shark contrast of other fishing stories from a summer on the road during the height of the apocalypse.