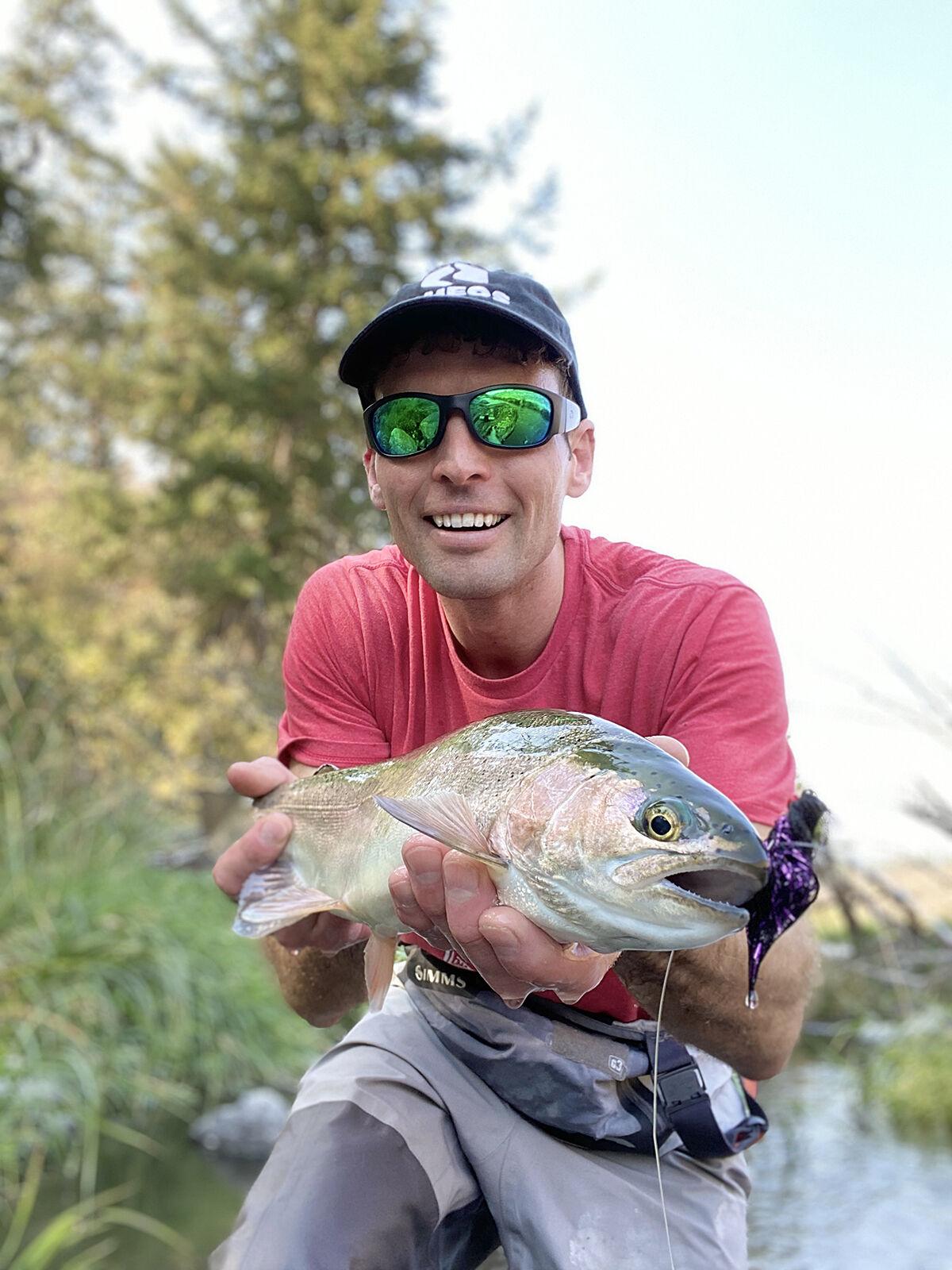 The author finally decided to mess around with a fly rod and caught a number of native trout up to 24 inches on his second-ever flyfishing foray. This 18-incher posed for the photo while the 24-incher did not. 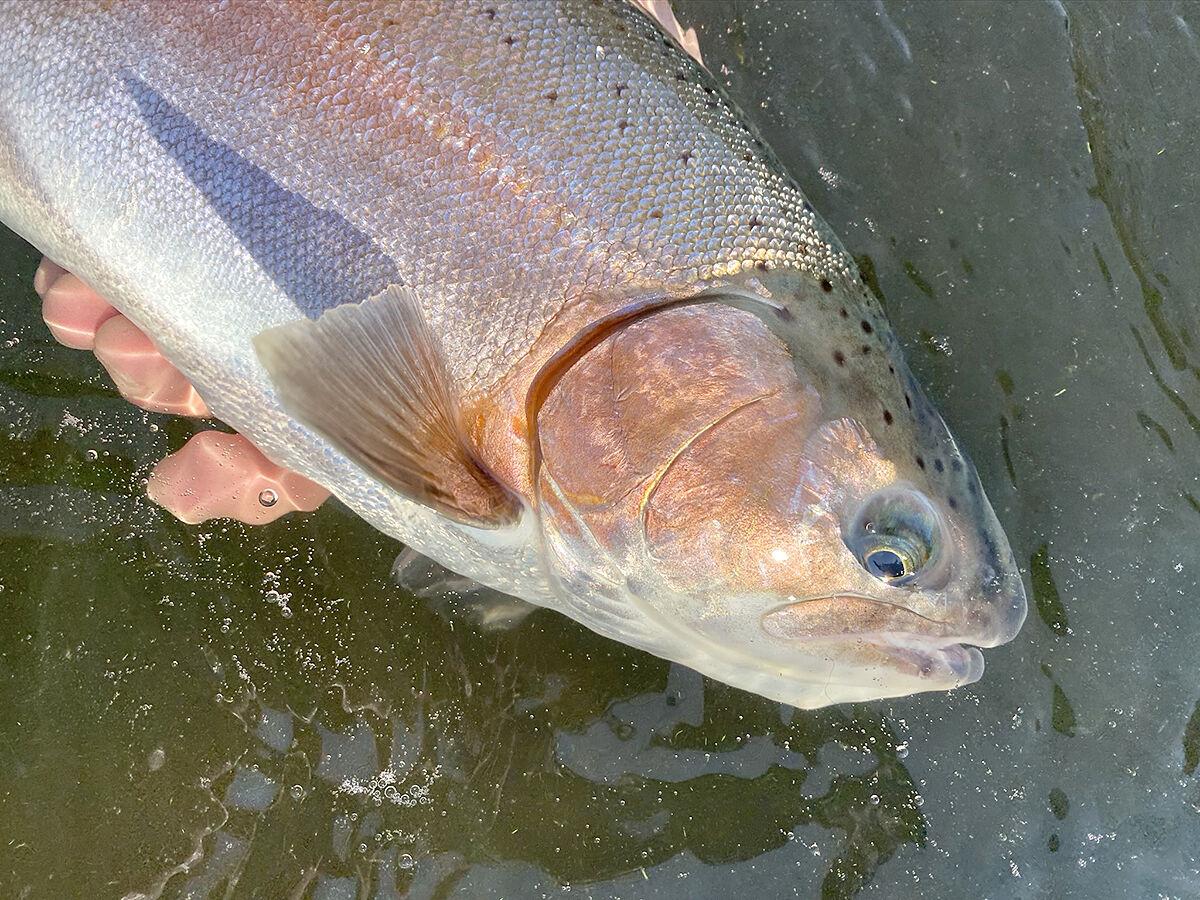 Most wild trout don't bulk up on insects; they bulk up on fish. Trick large native redband trout by using large streamers. 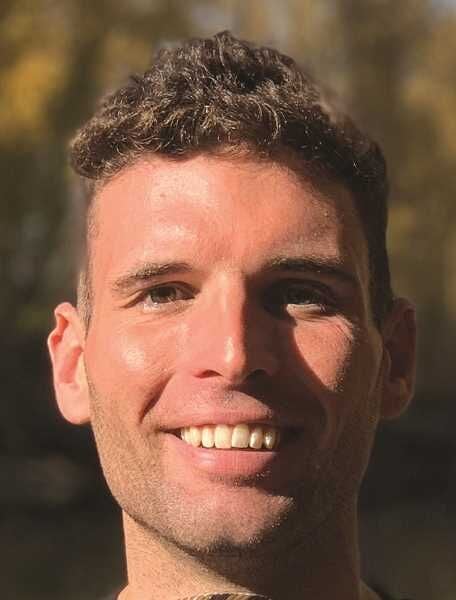 The author finally decided to mess around with a fly rod and caught a number of native trout up to 24 inches on his second-ever flyfishing foray. This 18-incher posed for the photo while the 24-incher did not.

Most wild trout don't bulk up on insects; they bulk up on fish. Trick large native redband trout by using large streamers.

Flyfishing was something I shied away from for years because of the elitist culture common in certain cliques.

There are downright hostile flyfishermen centered right here in Oregon. These folks give the sport a bad name and militantly try to eliminate all other anglers from using “their water” by trying to close certain waters to the majority of anglers. Fish in central Oregon, and you will see the “Flyfishing Only” signs. Of course, this King’s Forest nonsense is completely unfounded by science and fosters the elitism that this sect uses as justification to rabidly attack those who use a spinning or casting rod. Likewise, you will see no waters that are “Spinfishing Only”, despite the fact that the majority of all funding for the sport comes from anglers of this sort.

After years of waging war with the vocal minority of unsavory flyfishermen, I finally realized it was just that: a minority. Most flyfishermen are no different from spinfishermen in anything but gear selection. They love the water and the fish and the sport itself. It was this realization that ultimately led me to join their ranks.

For all of the distasteful customs and attitudes I’d come to believe were representative of the sport, I learned of positive counterparts that overwhelmed the negative, and I was incredulous upon the realization that I really enjoyed flyfishing.

Though I’d never call myself a good flycaster, I developed low-level competence fishing for bass and perch in ponds with ample casting room and forgivingly manicured bottoms. The nuance and subtlety of a winning cast and retrieve with a streamer taught me that I could fish streamers the same way I could a Rapala or swimbait; I just couldn’t cast them nearly as far.

Even while there were disadvantages — namely casting ease, distance and the inferior reel of a fly rod when it comes to battling a hooked fish — there were also advantages. A lightweight streamer could be fished over thick weeds with less fear of fouling. I could dance an articulated streamer even more aggressively and create more action with its hundreds of strands than I ever could a traditional lure. Floating and sinking lines could be deployed, respectively, to accommodate unique water conditions.

But even as I became a reluctant fly angler, I failed to chase what most fly anglers consider the ultimate quarry: trout.

Living in the Klamath Basin, I’ve always had an affinity for the wild native rainbow trout found here, but I took for granted the idea that these fish are largely piscivorous (fish eaters) and just assumed flyfishing meant using hair and feathers to simulate bugs.

While most fly fishermen still use dry and wet flies and nymphs to simulate bugs in some stage of their life cycle, I was surprised to learn that a growing contingent fish with streamers almost exclusively to simulate the fish, mice, frogs and crayfish that dominate the diet of a mature, wild trout.

With this revelation came the purchase of a pair of 7-weight fly rods and a box of streamers. Spooling one rod with a full sinking line and the other with a floating line, I was prepared to tackle fish in the lakes and rivers of my southern Oregon home. Yet, I didn’t.

Though I threw a handful of casts on Upper Klamath Lake with the fly rod over the years, swimbaits almost always won out. And without the convenience of a boat, I never even brought my fly rods along to walk the riverbanks. In fact, I only went flyfishing for wild trout just once in the first three years of flailing around with fly tackle.

Then, for some reason, I decided to bring my fly rod down to the Klamath River this year. Though the October opener didn’t coincide with a weekend this year, I still had a few hours of daylight after work.

On opening day, I landed 27 fish on conventional gear but returned the following night with my 7-weight spooled with floating line. Fishing the streamers in exactly the same motions through the same drifts, runs and pools, I landed ten fish on the inferior tackle. Unlike the night before, almost every fish was respectable. Only three were less than 18 inches and just one was under 16. Several topped 20, and I landed one over 24 inches — my largest wild fly rod fish — on streamers.

Yes, it was more difficult. Yes, I couldn’t cast as far. Yes, I caught a few shrubs on my backcast. But I’d be lying if I said I didn’t have a blast. The newness of it all was a nice change when fishing the same stretch of water I’ve fished nearly 150 times in my life. Newness is everything when you still live in the town you were born in.

After all, I grew up bowhunting knowing it was far less effective equipment than the alternative, and I still enjoyed it. So flyfishing is the natural progression, right? Maybe the conscious handicapping you impose on yourself when reaching for a fly rod instead of a spinning rod is no different than choosing a bow over a rifle.

Regardless, if my second time fishing for native redbands with a fly rod taught me anything, it’s that maybe, just maybe, flyfishing deserves more of my time.