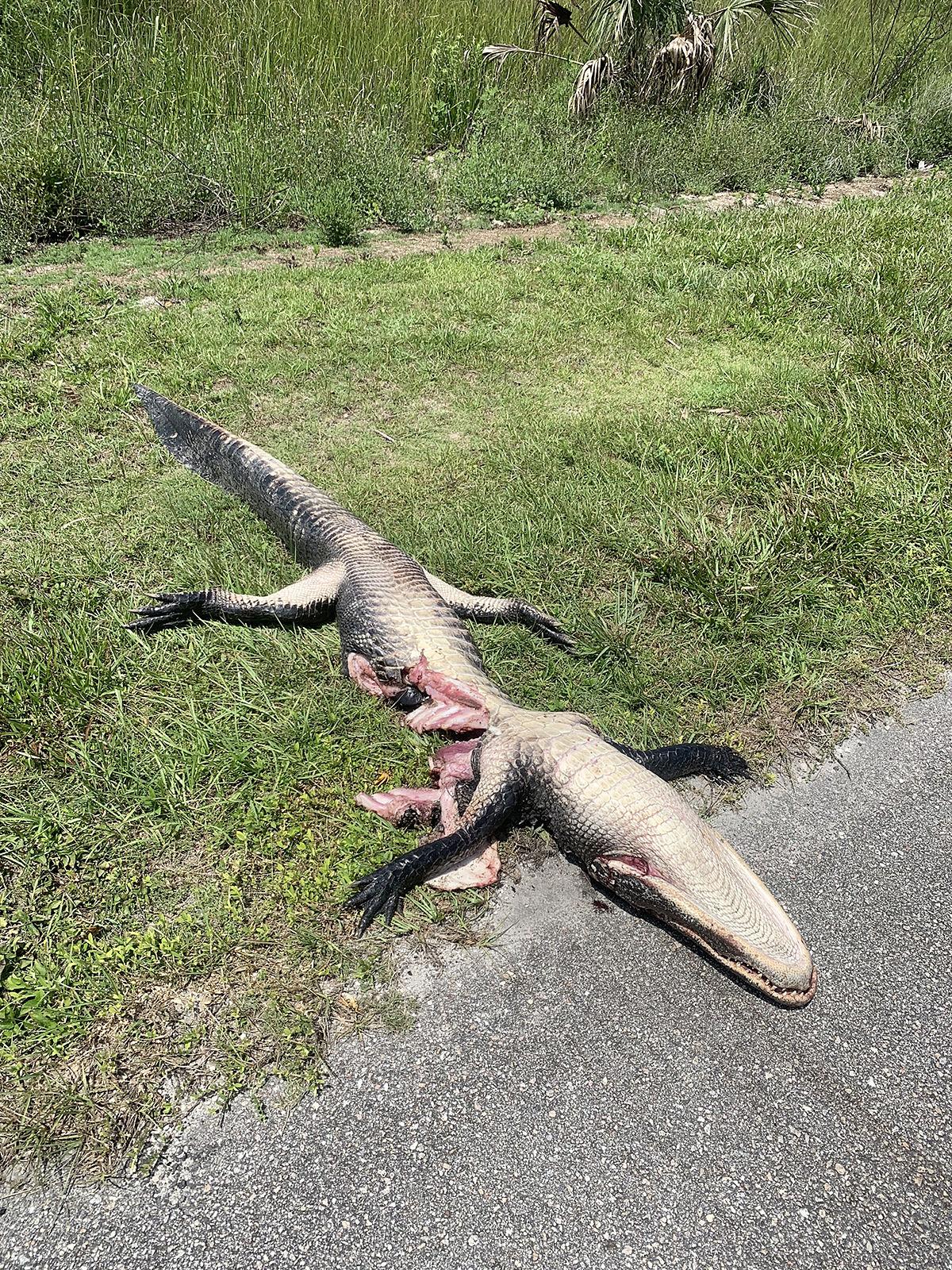 Everglades National Park is one of the wildest, most untamed national parks, but human development already has a massive influence on the ecosystem, as this unfortunate gator found out. Author’s Note: It smelled awful. 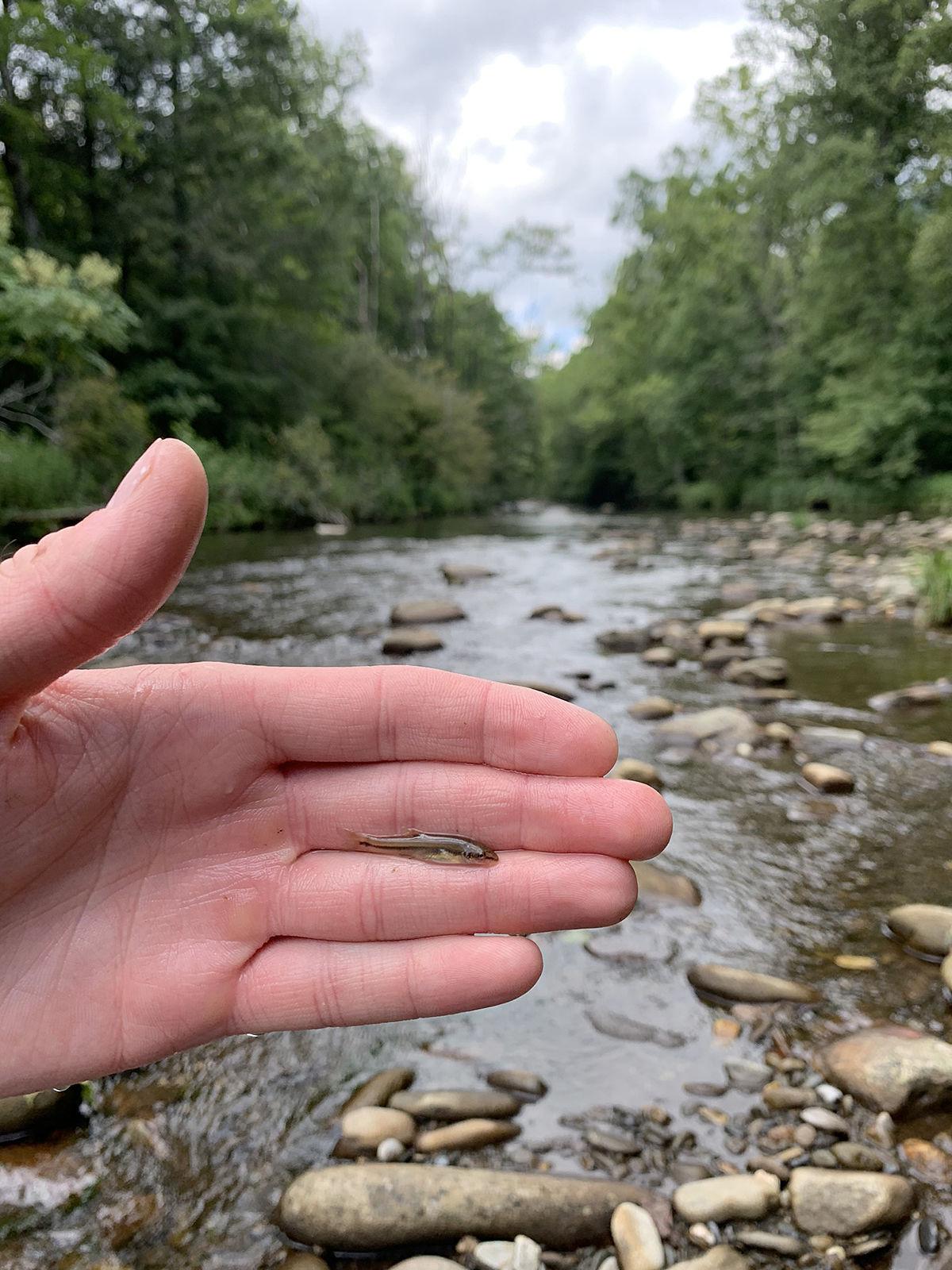 Though the Great Smoky Mountains are the most popular park in the National Park System, they still have some wildness left. The author microfished for western blacknose dace there this summer.

Everglades National Park is one of the wildest, most untamed national parks, but human development already has a massive influence on the ecosystem, as this unfortunate gator found out. Author’s Note: It smelled awful.

Though the Great Smoky Mountains are the most popular park in the National Park System, they still have some wildness left. The author microfished for western blacknose dace there this summer.

WASHINGTON — Though my column certainly doesn’t stray away from uncomfortable topics, I tend to leave politics alone, but the proposal put forth by members of the Trump administration to further commercialize and privatize the National Park System is ghastly.

The current proposal is large, but it includes such ideas as expanding campground facilities into “glamping facilities” where all the amenities of life indoors can be brought to the Great Outdoors. These ideas include pay-to-play WiFi, the chance to receive Amazon deliveries and expanded dining options to include fleets of food trucks.

I’m a firm believer in the free market and allowing private industry to flourish, but I also believe there is a place for government to set the pace — including on lands it owns and maintains for public use.

As a staunch, “little i” independent, I have no affiliation with a political party and strongly believe the two-party political system in the United States has led to the deterioration of American unity, camaraderie and healthy nationalism.

Republicans and Democrats alike have denounced one another en masse to the point where political gridlock, infighting and open hatred dominate the news cycle and the political landscape.

Now, despite what some might think, both parties have played parts in the death spiral of the American political machine and many Americans have been caught up in it because of the lumping and grouping that having only two options provides.

I’m a hard-line social conservative on some issues, but a staunch liberal on others. Add in moderate fiscal policy views, and my political compass score is almost smack-dab in the middle, just a fraction of an inch right of center.

This week, I read about the Trump administration’s proposal to further commercialize national parks, and it shook me to my core.

The debate of whether national parks should be developed and if so, how much, is not a new one. It dates back more than 100 years to the Yosemite Valley in California.

John Muir, the man instrumental in preserving Yosemite and helping make it a national park, was not a radical leftist as many in the modern conservative conservation movement paint him to be. Nor was Teddy Roosevelt, his friend with widely different views on environmental policy, a radical right-wing nut job.

Both men had a vision of the future, and both men listened to and influenced one another over years of healthy debate.

Muir firmly believed that at least a portion of the natural world should be left in a natural state or as close to it as possible. His ideological successors ultimately conceded that roads were acceptable, but buildings, power lines, cell towers, hotels, outdoor recreation facilities, and the like should be limited to those essential for basic maintenance and safety within the park.

I tend to agree.

Like Muir found his era’s commercialization horrifying, I shudder at the thought of today’s version.

The whole intent of national parks is to give visitors a chance to glimpse some of the most beautiful parts of the natural world in accessible yet still largely natural settings. They let visitors escape the concrete realities of humanity and trade them for something wild and untamed.

This proposal would simply tame the wild, domesticating something meant to run free.

Granted, national parks are already somewhat domesticated. Though they vary widely in terms of development and infrastructure, all of them have road systems in place to access the park, trails for those more adventurous and bathroom facilities to limit human impact on the environment.

I’ve been to 13 national parks in 11 states and dozens of other properties administered by the National Park Service. They are as different as our great United States.

There are parks already heavily commercialized. Spanning Tennessee and North Carolina, Great Smoky Mountains National Park is the most heavily trafficked park in the nation and has the amenities to support that, but it’s still natural. There is still a wildness to it.

By contrast, Missouri’s Gateway Arch National Park is artificial, smack-dab in the middle of the city and not at all intended to be wild.

They all offer something all their own, and mass commercialization should not be on the table.

Certain state parks across the country have already gone down this road, and it’s tragic.

Gulf State Park in Alabama is one such cautionary tale. Apart from a full-scale luxury hotel that dominates the beach, it offers cabins, cottages, and nearly 500 campsites with RV hook-ups and even special “glamping” sites. The pier, beach, lake and trails are so choked with people, at times you can’t even reach out your arms.

Sure, it’s profitable and draws huge crowds. Sure, it’s still an enjoyable experience. Is it natural? Does it follow the intent of state and national parks? Not at all.

It’s more theme park than state park. Further, the area around this park is ecologically damaged due to the high traffic.

Part of the current proposal for the increased commercialization includes sneaky measures to avoid having to do environmental impact studies to see what increased traffic, food trucks, delivery vans and more infrastructure would do to the local ecology. This should be a red flag in and of itself

So I warn you: Just because you agree with some of your party’s politics doesn’t mean you have to accept them all. That goes for both sides of the aisle. Speak up and speak out against this bald-faced greed and save our national parks from becoming theme parks before it’s too late.