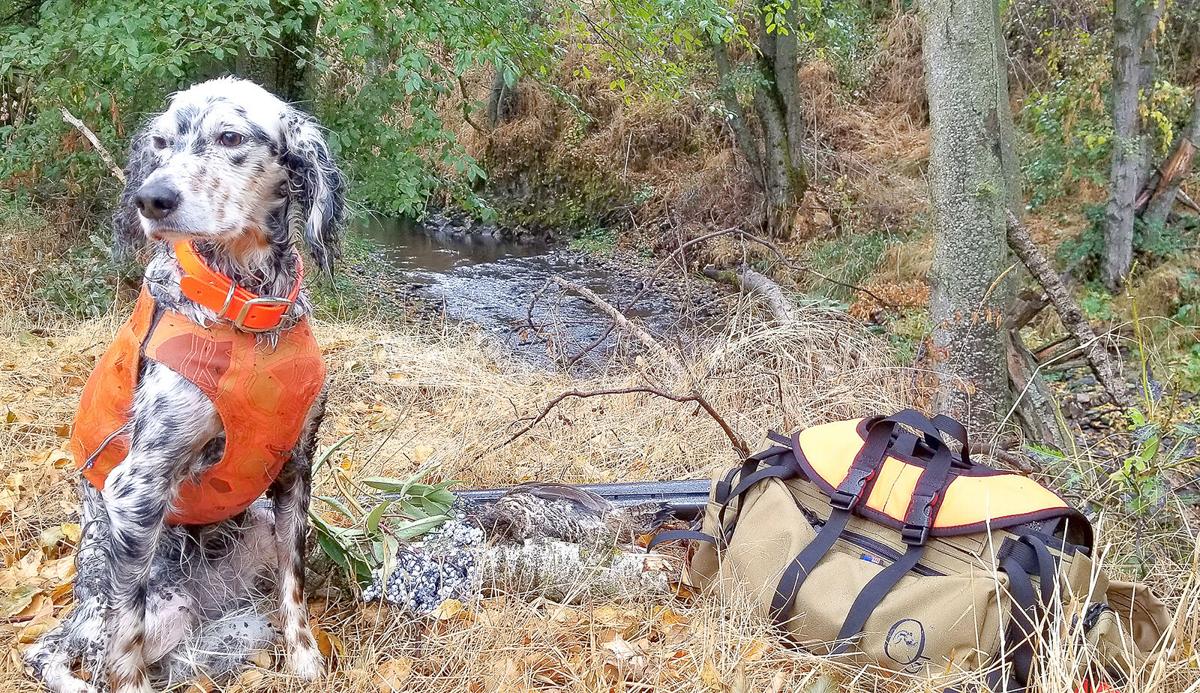 Yuba with a grouse of seasons past. 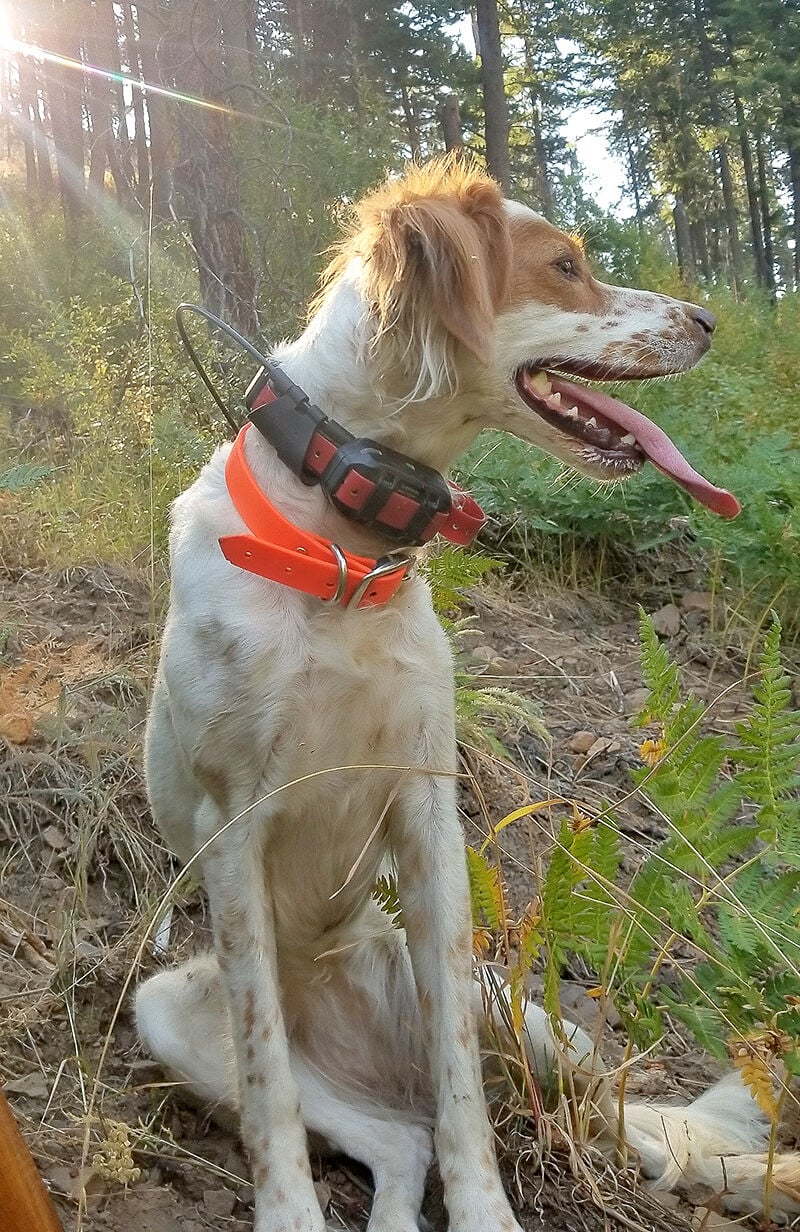 Zeta takes a break from a hard morning run in the grouse woods. 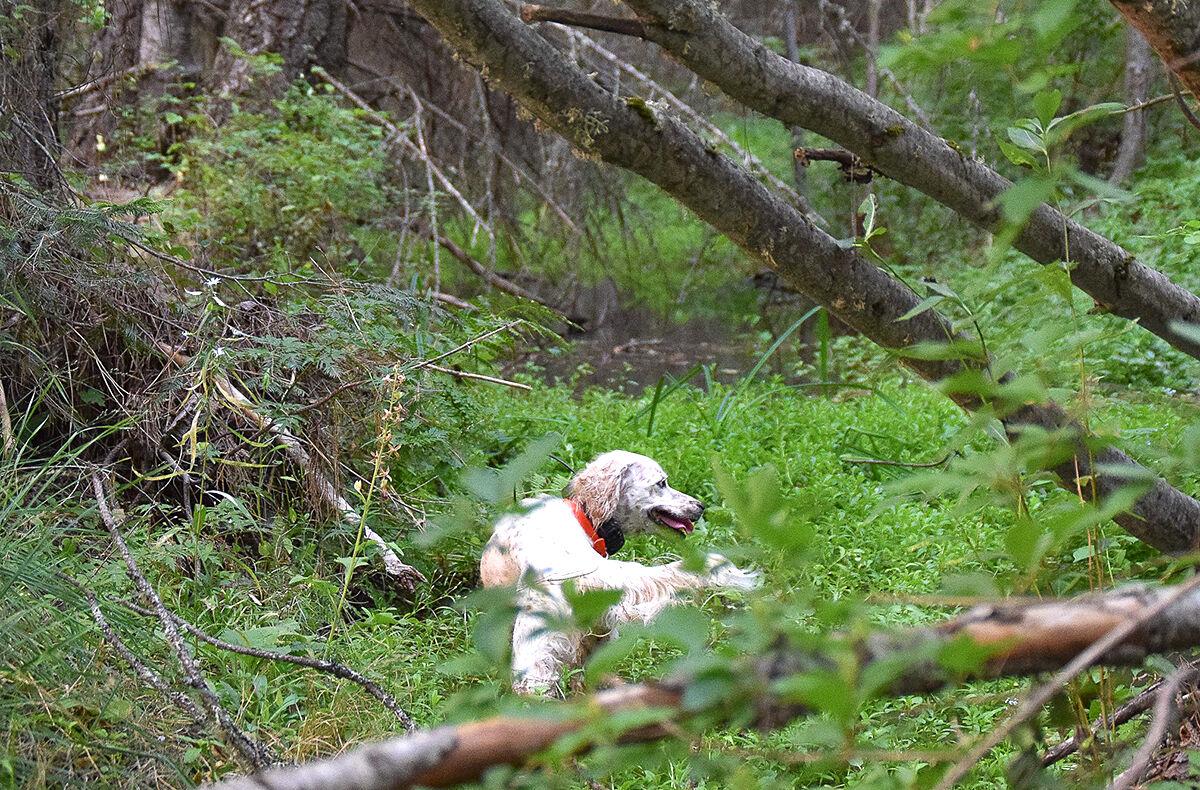 Finn searches riparian wetlands for the elusive King of the Woods.

Yuba with a grouse of seasons past.

Zeta takes a break from a hard morning run in the grouse woods.

Finn searches riparian wetlands for the elusive King of the Woods.

“King of the woods.” Otherwise known as the ruffed grouse. I won’t go so far as to agree with those who believe ruffs are the king of all upland birds, yet I am yielding to this “king of the woods” business.

There’s an old saying about hunting chukar that goes something like “at first you hunt them for fun, then you hunt for revenge.” I have found with chukar that I hold no hate strong enough to chase them down (or up) the cliffs and scree slopes and plummet-to-your-death, inhospitable hellholes where I have never before seen so many birds in my life. It’s just not worth it. But I will say that I am wholly undecided on it being passion, challenge, or vengeance that calls me back to the grouse covers.

My setters and I have secured a comfortable routine hunting prairie birds across the West, and my desire to run the dogs earlier in the season is what drove me to the grouse covers. And nowhere have I been more frequently frustrated to the point of maniacal laughter like in the dark tangles of the Blue Mountains.

In the literal thick of things when a grouse blows my socks off, my brain short-circuits, fumbling gun mount and lead timing. The 3.2-nanosecond shot opportunity a ruff leaves in its wake, screaming through pinholes in impenetrable vegetated walls sufficient to challenging a Jedi Interceptor, require far quicker reflexes.

If you’ve ever hunted timber of the ruff’s preferred stem density, you know precisely the dodgy, Mach-speed flight these birds are capable of. Instinctual shooting is a must — the kind of target acquisition born nowhere short of a lifetime in the grouse woods. Thinking is not an option. Not even a blackberry thicket quail covert requires so much anticipation and keen attention to the flush.

But there is something more to success on roughed grouse than snappy, savvy handling of walnut and steel. A good grouse cover is like the Bermuda Triangle. Grouse appear and vanish like apparitions. Pointing dogs lock up staunch, then suddenly peel off, only to be stymied by the explosion of a bird behind them. A bird they assumed was never there at all.

The fall of 2019 was my best grouse year on record if you count finds and flushes. About average if you figure I never managed to squeeze off a shot. Having three legitimate opportunities among a dozen flushes, I succumbed to panic.

My last hunt of December placed my middle pup Yuba and me in scraggly ninebark flanking a young red alder stand. The slick, greenish tinge of the alder shone a brilliant contrast to the dark timber along the Tucannon River. Candy-apple red rose hips shone radiantly like Christmas lights amid the dim forest. And Yuba, a stocky tri-color Llewellin setter, stood firm, etched into the fabric of the forest.

Thinking it a “grousey” spot, I circled around for the flush only to see Yuba reconsider and peel off to continue her search.

“There has got to be a bird in there.” I thought as I stood atop a small mound, staring daggers into the shrubbery maze.

At once, a glorious male ruff rose from the crisp, ocher leaf litter with three swift wingbeats. Either the savage gleam in my eye spooked him or he was never actually there, but for the first time that season, both barrels of my L.C. Smith 12-gauge covered the bird immediately. Tracking as closely as a fighter jet target lock, I swung with the bird. I have never taken a male ruff, and still haven’t to this day.

Shocked by its lazy escape and the unbelief that the bird even existed or that my superstar Yuba betrayed her own instincts, I stared down the barrels at the coal-black neck ruff, finger poised on the trigger, begging to energize the modified-choke barrel. The handsome gent evaporated into dense fir, my finger still pressuring the trigger. Befuddled, my cognitive ability failed to disengage the safety. Yuba and I shared a look of bewilderment and called it good on a season of lessons.

Nearly a year hence, having practiced my mount and prepared mentally for the grouse game, we set out to discover new covers. Running my oldest and youngest, Finn and Zeta, we traversed a creekside snarl of cottonwood and young fir flanked by thick hawthorn and serviceberry. I could sense the bird, clutching my 20-gauge CZ Bobwhite (The Bob) as Zeta encircled a fir on the edge of a clearing.

The ruff made a 10-foot leap, coming down quickly between the dog and me. Darting between trees, scrambling for a clear shot, the bird came up again, a big male, and The Bob was on it with alacrity. To my delight, I pulled off the shot in a fraction of a second, then stood mystified, gazing into the riparian jumble as another male ruff slipped into the safety of distance. Reaching into my vest, I retrieved the two high-velocity #7 loads that I recalled with certainty closing tightly in the action upon exiting the truck.

Years of frustrations. Screw-ups. Shoddy bird numbers. Ghost birds. Dog blunders. All for the sake of a bird that commands respect only to offend at will. Feeling at times like the peasant among royalty, begging for a meager chance to gaze upon the delightful plumage of the elusive ruffed grouse. My girls and I made a mockery of an upland team.

King of the Woods or Lord of the Louts? Perhaps both.