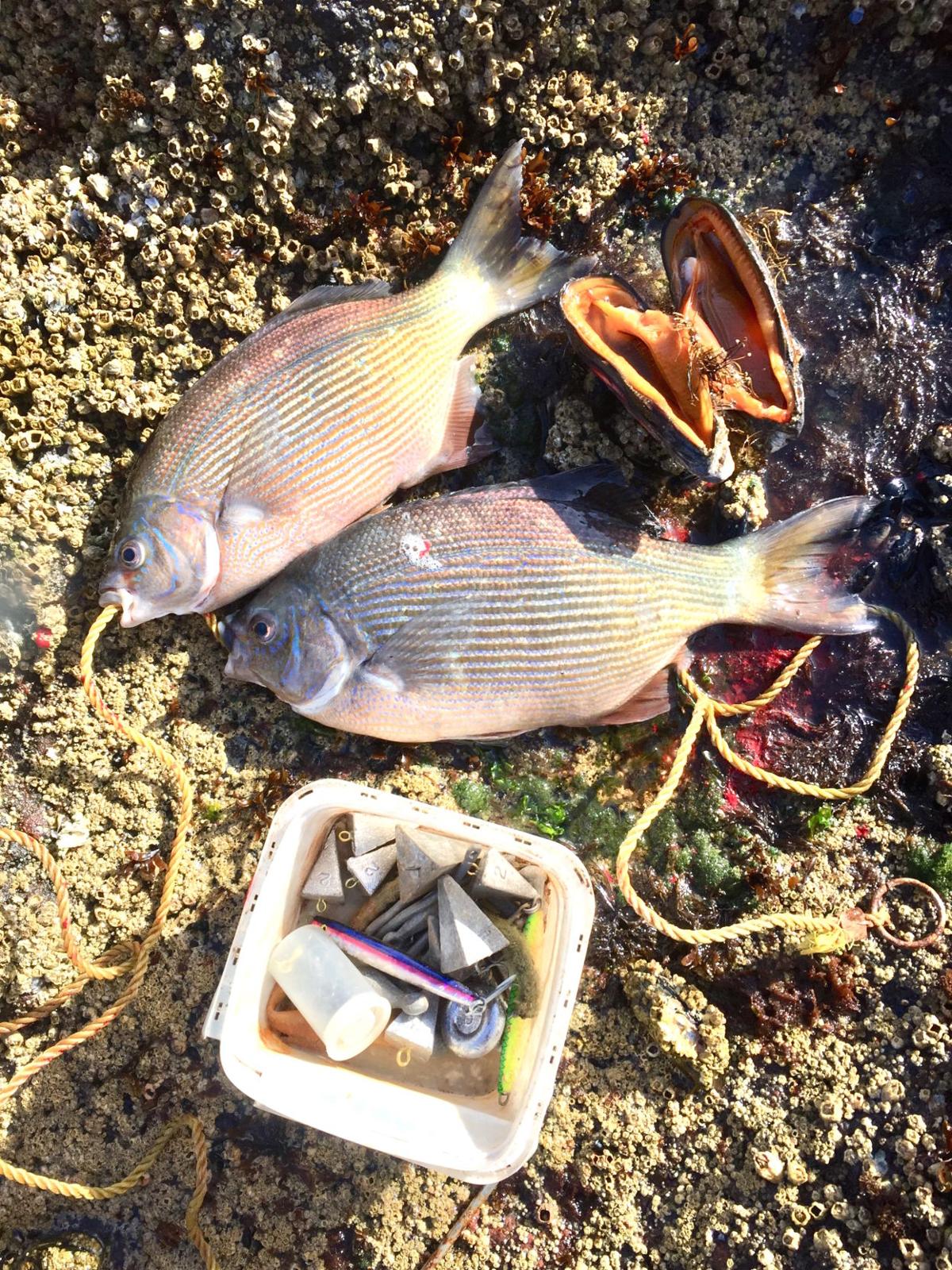 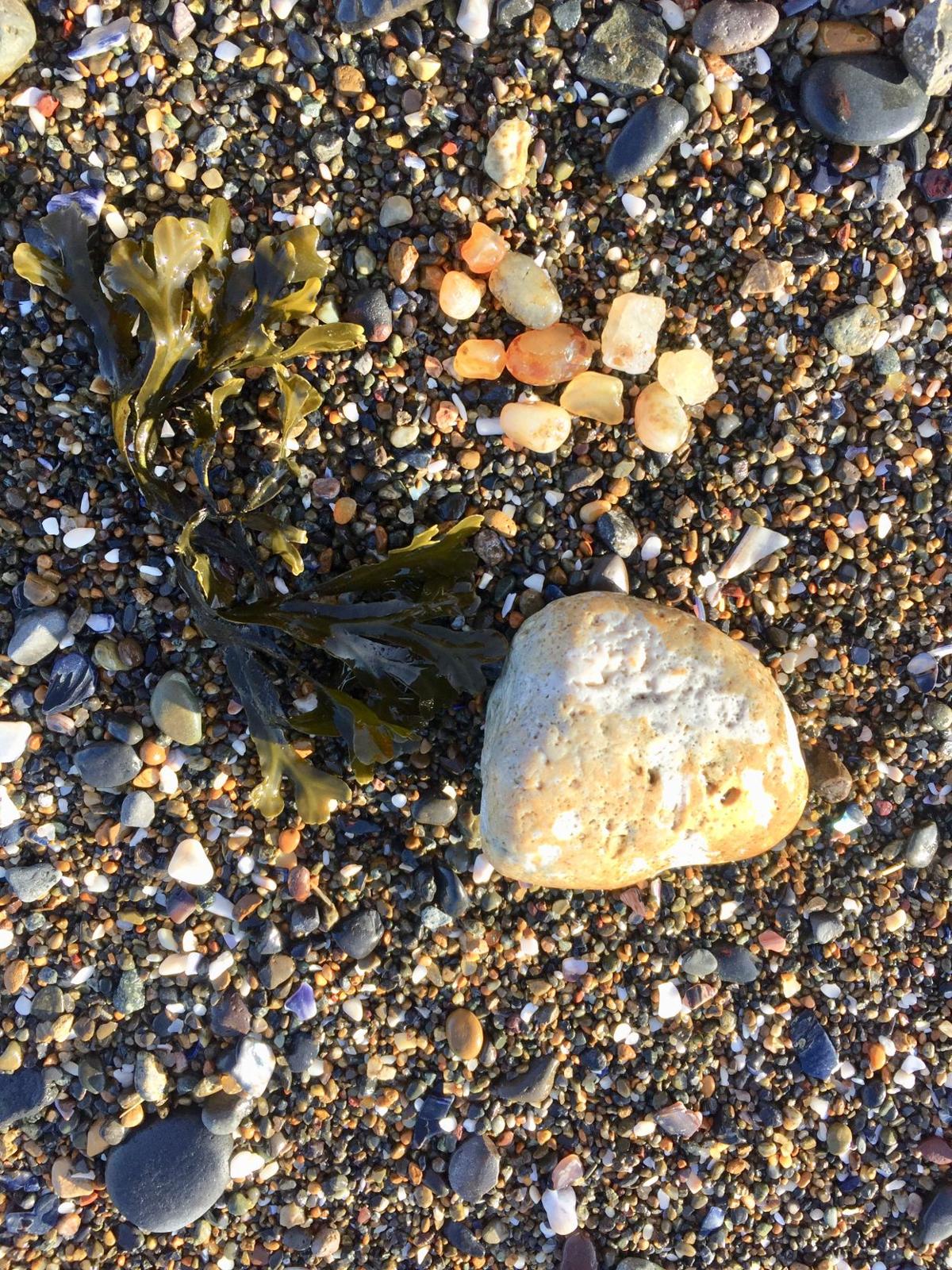 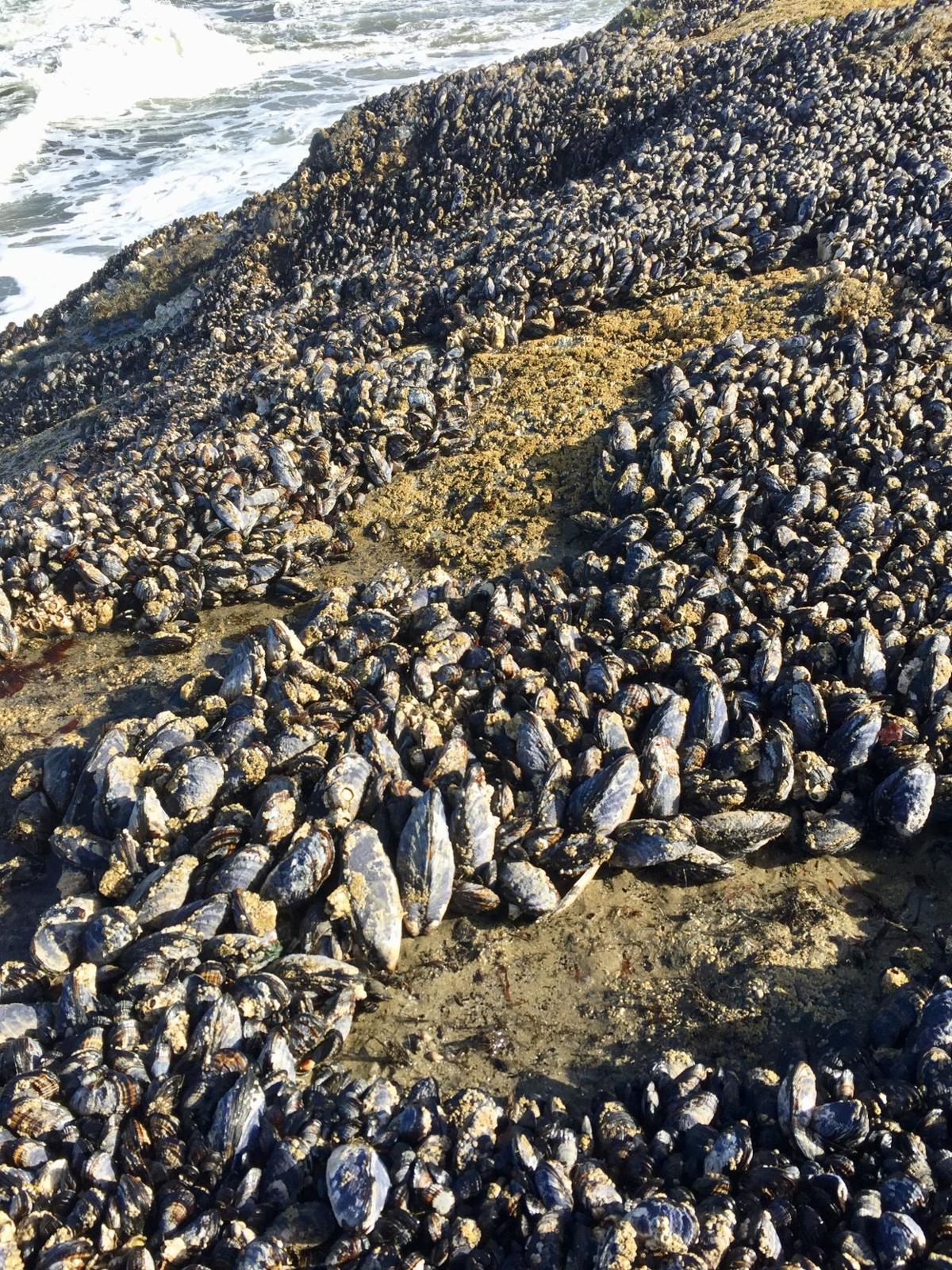 Dense colonies of California sea mussels line rocky outcrops along the Pacific Ocean and can be harvested for fish bait or a tasty seafood dinner.

Dense colonies of California sea mussels line rocky outcrops along the Pacific Ocean and can be harvested for fish bait or a tasty seafood dinner.

The State of Washington has closed all recreational fishing statewide until at least April 8. ODFW has closed fishing for salmon and steelhead in the Columbia River, but allows fishing for other species “close to home.” Always check regulations before venturing forth.

YACHATS — It is late March on the Central Oregon Coast. The rock shelf below our rental condo echoes a hollow thump with each incoming wave. I sip coffee, peer at the crashing surf, and ponder how the COVID-19 pandemic has changed my view of the world. Luckily, fishing can still provide a safe haven during these uncertain times. The tidal cycle is perfect for casting off the rocks and half a dozen California mussels harvested the night before nestle in the pocket of my rain jacket.

Small-sized mussels provide a tasty meal high in Vitamin A when combined with a savory broth of white wine, olive oil and garlic, and tossed over linguine. The large ones in my jacket pocket are destined for fish bait, though. My preference for dinner favors a plate of fresh surfperch lightly breaded and fried hot and crisp.

I leave my wife, Nancy, snoozing in the bedroom and head to Smelt Sands State Park. Ominous storm clouds and a cruel north wind cause me to bundle up. A minus 0.2 feet low tide allows extra time to hunt for agates. Agates aren’t worth much, but they are pretty to look at. I used to joke I’d make bolo ties from found agates when I retired and sell them to tourists at roadside parks. But that idea dwindled like money in the stock market has over the past month.

Finding a handful of shiny agates is a good start to a day, and that’s what I did before I climbed onto a massive basalt shelf that juts out from the sandy shore. Less than a stone’s throw away a bronze plaque memorializes two tourists who got washed out to sea while exploring adjacent tide pools. I pause for a moment of reflection and consider the good luck that has allowed me to cast for surfperch largely mishap-free for over four decades.

Salt air clears my sinuses and broken shells crunch under my feet as I tread with care out to where barnacles and bull kelp live. A tall rock is found to cast from and my gear bag is placed outside the splash zone.

I retrieve a rusty stiff-bladed knife to sever the tenacious adductor muscle that keeps a mussel’s blue-black shell closed. A twist of the knife tip along the shell rim and bright orange mantle tissue is removed for bait. The remainding salty innards are tossed into the rolling surf for crabs to munch on. Store-bought ghost shrimp also attract the bite of hungry surfperch, but mussels stay on your hook longer and are free for the gathering.

The edge of the ocean mesmerizes. Water swirls and back-eddies in constant motion. Discerning current pattern in the surf is like reading the water for trout in an ever-changing stream. I look for zones of refuge where fish might reside and ponder how to deliver an offering to their strike zone.

A used spark plug is attached to the terminal end of my line when the risk of getting hung up on rocks is high, but I favor a 2-ounce lead pyramid weight when I want my bait to stay in one place. Tying on a pair of No. 4 bait hooks doubles the odds of a successful hookset. Whatever your choice of gear, be prepared to lose a handful of tackle.

My first offering disappears in cascading froth and lodges under a hidden rock. I bust off and tie on a new rig with fingers stiff from cold. Wearing gloves limits my ability to sense the often subtle, staccato bite of a surfperch. A second cast with fresh bait yields a shiny, fat surfperch that I haul up onto the rocks and put on a stringer.

Redtail surfperch (so called because of the reddish tinge to their fins) tend to be nomadic. Large schools may enter a river bay or shoreline trough to feed one day and be gone the next. Striped surfperch are more solitary. They favor tidal pools and deep water between rocks. Both species are livebearers, what scientists call viviparous, meaning their eggs develop in a pouch and young are released in late summer when fully developed.

Two lost rigs and several changes in position later, I hook and land three more surfperch, including a 2-pounder. I often pull a kelp greenling from the shelter of these same rocks, but not today. The tide is coming in fast and I must exit or risk being stranded.

Finding a safe outdoor activity helps me deal with the worry and drama of an ever-changing world. A stringer of surfperch slaps against my ankles as I climb down from the rock outcrop and trace old footprints along a sandy beach. It’s been a fine morning spent gathering low tide treasures from the edge of the ocean.

Dennis Dauble is a retired fishery scientist, outdoor writer, presenter and educator who lives in Richland, Washington. For more stories about fish and fishing in area waters, see DennisDaubleBooks.com.