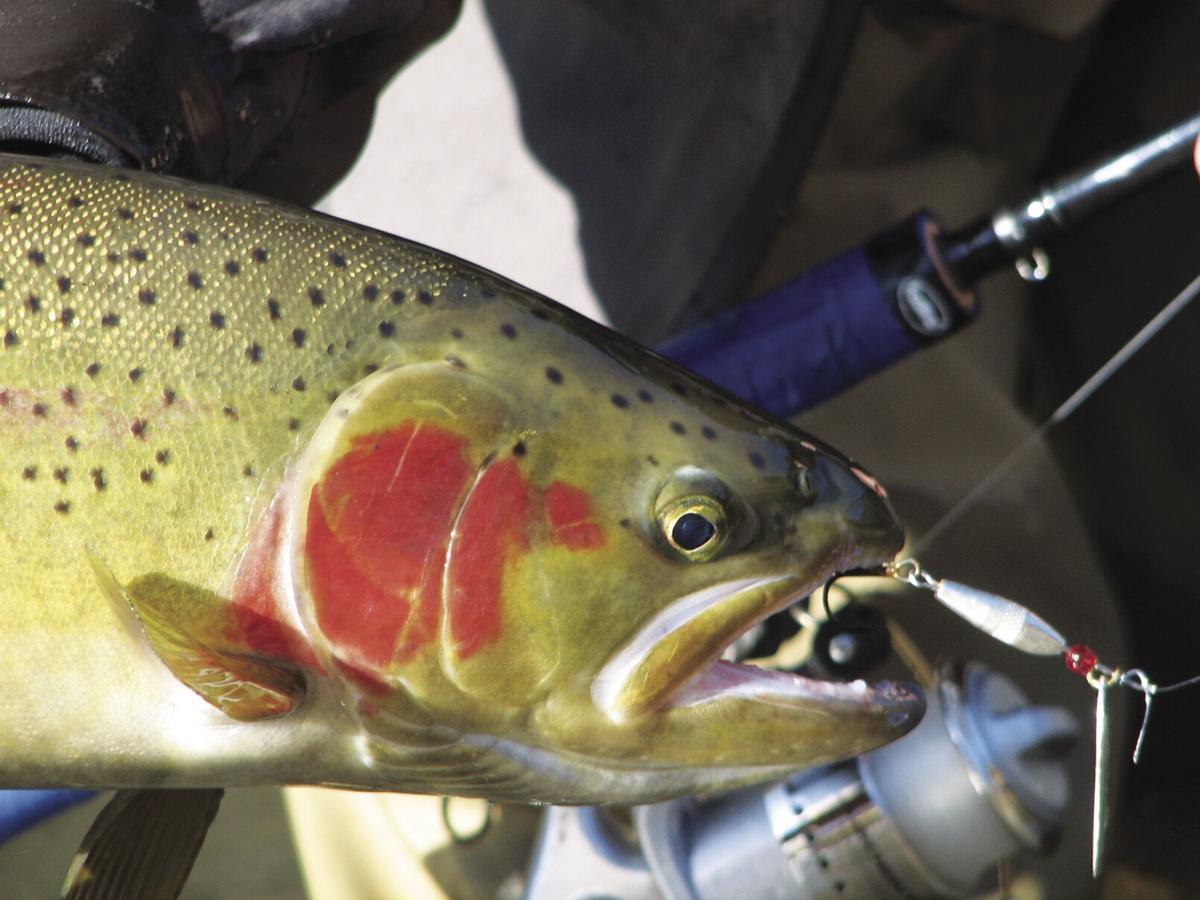 This Wallowa River steelhead fell for a silver-plated homespun spinner. Fly anglers have the most success with beadhead nymphs and swinging flies. 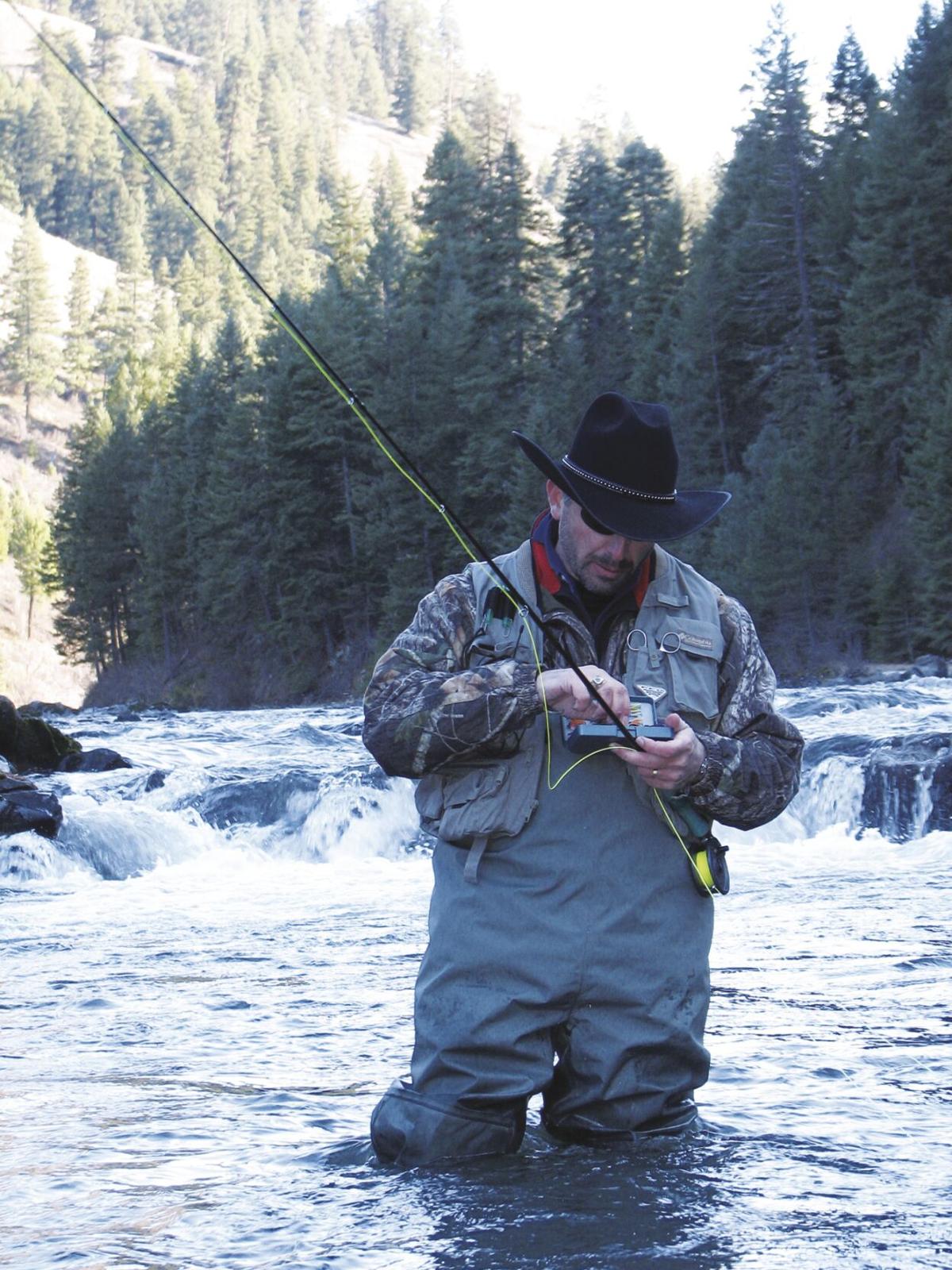 Brian Smith of Birmingham, Alabama, selects another fly after losing one to a steelhead on the Wallowa River. 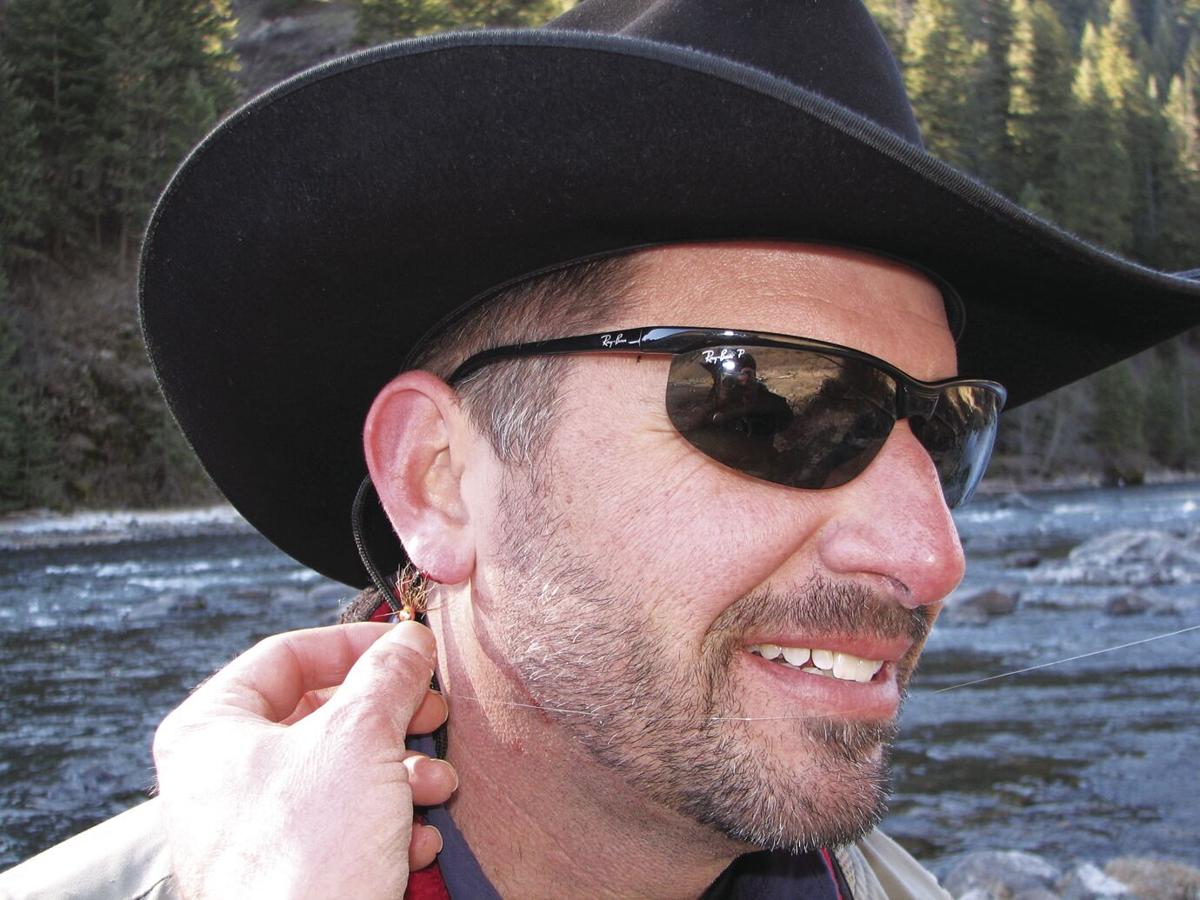 Brian Smith of Birmingham, Alabama, got his ear pierced while visiting Oregon. He said his ear was so cold he didn’t even know the fly was stuck in the lobe. This Wallowa River steelhead fell for a silver-plated homespun spinner. Fly anglers have the most success with beadhead nymphs and swinging flies.

Brian Smith of Birmingham, Alabama, selects another fly after losing one to a steelhead on the Wallowa River.

Brian Smith of Birmingham, Alabama, got his ear pierced while visiting Oregon. He said his ear was so cold he didn’t even know the fly was stuck in the lobe.

“A lot of times the first thing a guy will do is clamp down on the reel when a big fish starts to go. Don’t do that.” We were pointed east toward Minam and a little ribbon of water where the steelhead run was in full glory.

Brian Smith made a noise that sounded like he had heard what I said. He was intently listening, hoping to catch a steelhead on a fly.

This wasn’t my friend Brian’s first try to catch a steelhead, but he makes his home in Birmingham, Alabama, and it’s a long commute to the nearest steelhead river. On the second day of our three-day quest, now he was knee-deep in the Wallowa River and the line was tangled around his shoulders and head.

I waded out into the run to help. He was using an orange beadhead nymph called the Dirty Bird and a strike indicator about three feet up.

He had set the hook and ended up with the line wrapped around him. The point of the hook was buried in the lobe of his ear, up to the barb. He was so cold he couldn’t feel it.

I did. Earlobe flesh is pretty soft. Perfect piercing. A spot of blood on the ear.

Brian cast, threw an upstream mend and watched the float begin its downward drift. Abruptly the float stopped, went upstream, zigged toward the opposite bank then zagged downstream. The fish was going toward the tailout, I could see it from the bank, a rosy-gold slab of steel. Brian clamped down on the reel. The line broke.

That was the last fish we saw hooked that day. It was colder in the morning, the guides of the fly rods crusting quickly with ice. We kept the line moving by holding the ceramic line guides for a short time in our mouths. As the sun came up and the clouds went away, the morning grew colder.

Now that the fly rods were both encrusted in ice, I picked up the spinning rod and tied on a No. 4 silver-plated spinner with black and red accents. A fish grabbed then turned toward me at the hook set and threw the lure at the surface.

Twenty minutes later, another stop and a quiver in the rod tip. A five-pound male, but this one had an adipose. Its back was green, speckled black, its flanks gold and crimson. I slipped the hook out and let it go.

Shore birds bobbed and dipped on the far bank. Water dripped from icicles that clung to mossy rocks like silver beards. We moved up to work another long run and its tailout.

Standing on a rock, I threw a pink spinner and splashed it on the far side of a boulder. A steelhead elevated from the dark bottom, animated, agitated. Spinner and fish came together, the fish opening its mouth, crushing the intruder. Stung, the fish streaked upstream then charged, turned again, and swam a complete circle, five to 10 feet off my rock, coming to the surface again and again.

Steelhead fishing in these upper river systems is dependent on the weather. Some of the better bets will be the Snake River above Lewiston, Idaho, the Imnaha, and the Grande Ronde and tributaries. The bag limit through the end of April is two hatchery steelhead per day. Look for ideal conditions a day or three after rain or warming conditions when water clarity is green and dropping.

To get back to Northeast Oregon, these fish swim the Columbia, climb the ladders past eight hydroelectric dams, take a right turn up the Snake, climb the Grande Ronde and hang a left to negotiate the Wallowa, a journey of close to 500 river miles from Astoria to their natal streams.

We hunt them with fly rods and spinning gear, but they seldom come easy.

Gary Lewis is the author of Fishing Central Oregon and Oregon Lake Maps and Fishing Guide and other titles. To contact Gary, visit www.garylewisoutdoors.com