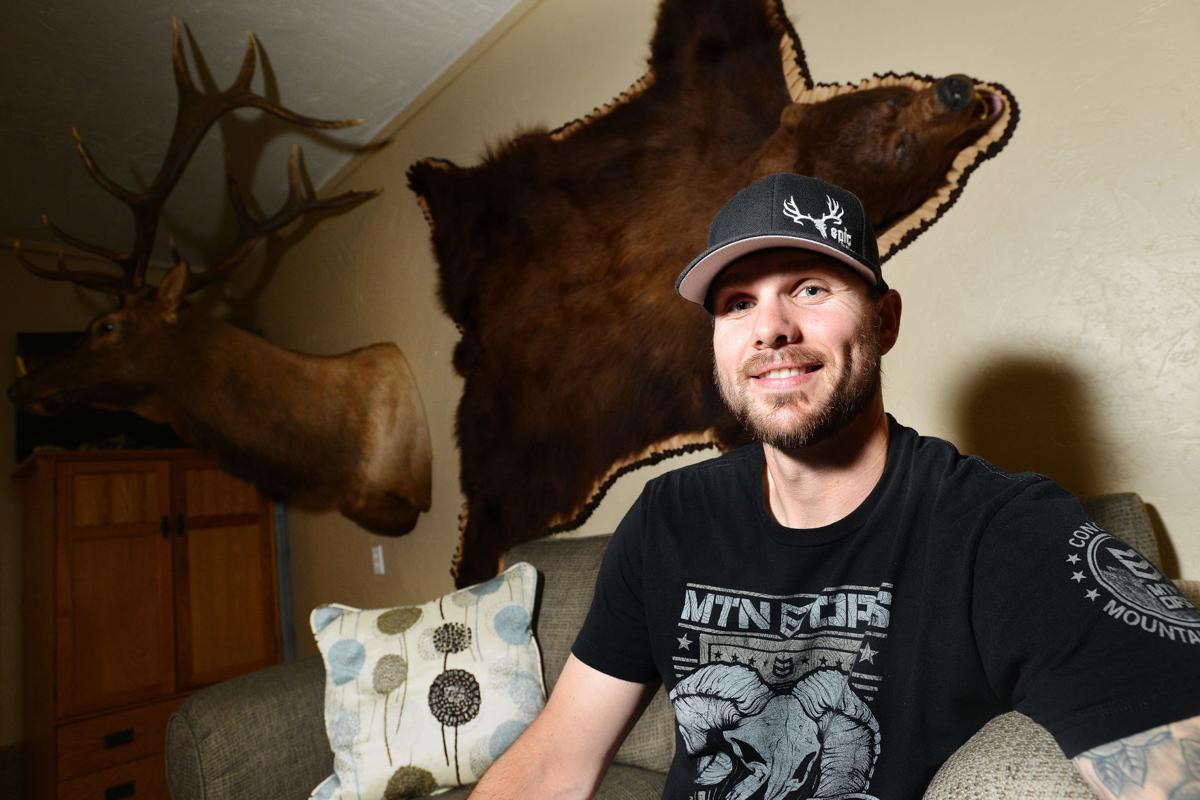 Shane Thomas is happy to be home after surviving a bear attack while hunting the animal May 22 in the Grande Ronde Valley near La Grande. 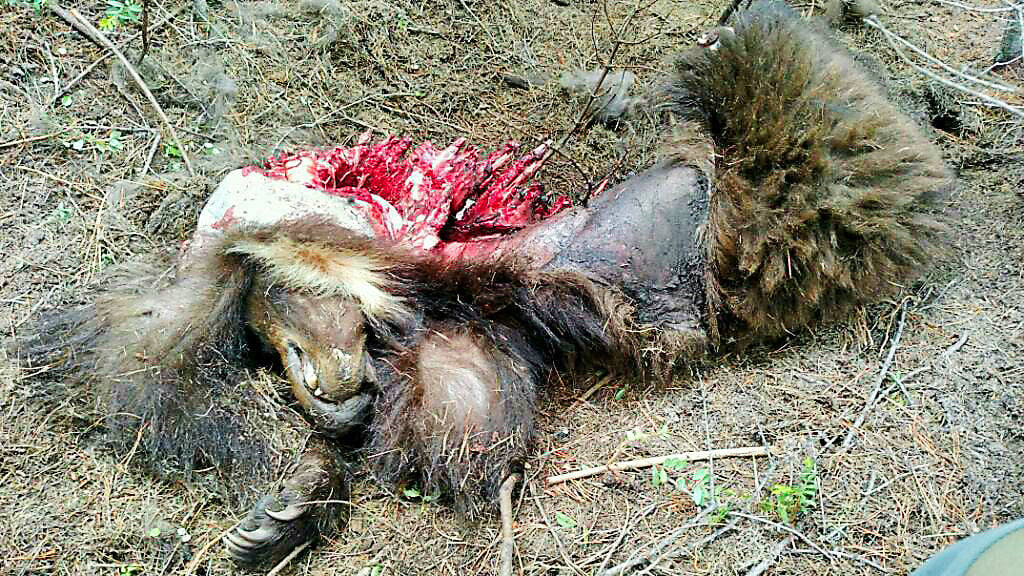 Thomas' father and a friend returned to spot of the attack and found the remains of the bear had been picked apart by scavengers.

Shane Thomas is happy to be home after surviving a bear attack while hunting the animal May 22 in the Grande Ronde Valley near La Grande.

Thomas' father and a friend returned to spot of the attack and found the remains of the bear had been picked apart by scavengers.

Shane Thomas doesn’t remember how long the attack lasted. He figures it was maybe a minute. It felt a lot longer.

All Thomas remembers is the adrenaline that kicked in after he was charged and thrown to the ground by a black bear Sunday, May 22 in the Starkey Unit — the same bear he had just shot from his hunting spot on top of the ridge. Thomas went to retrieve the animal from out of the timber, certain his .30-06 rifle had taken it down.

It hadn’t. The bear was wounded, but not dead. By the time Thomas locked eyes with the animal, they were just a few feet away from each other.

“That’s when he charged me,” Thomas said. “I let my instincts kick in and do their thing.”

Thomas, 32, is a life-long hunter and utility worker for Pendleton Parks and Recreation. The trophy room inside his house contains an impressive collection of elk and deer mounts, bear skins and waterfowl, taking up nearly every inch of wall space.

“I just love the mountains, and the thrill of being out there,” he said. “I love to get up close and personal with the animals.”

But even he admits this encounter was a little too close. Thomas’ girlfriend, Lacey Caldera, fights back tears as he tells the harrowing story of his trip into the Grande Ronde Valley. Spring season for hunting bears is April 15 through May 31 in the Starkey Unit outside La Grande, and Thomas had gone out by himself to fill his tag.

Thomas parked near Tony Vey Meadows and ventured into the woods from there. That’s as specific as he’ll get about his exact location. The entire area is thick with timber, so Thomas used a predator call to lure bears into the open where he could take a shot.

Morning turned to afternoon before an adult male, maybe five and a half feet long, sauntered out within range. Thomas pulled the trigger and hit the bear in its shoulder, which startled it and sent it bolting downhill. Thomas followed, grabbing his pack and rifle, to look for the body.

After zig-zagging around trees for about a hundred yards, Thomas said he looked up and was bum-rushed. The bear grabbed him by his right arm and pulled him down before he could even take the safety off his gun.

“I’m just kicking and punching as hard as I can,” he said. “It grabbed me by my left leg, and picked me up and started shaking.”

Thomas tried forcing the bear’s head down long enough to grab his semi-automatic pistol. The bear bit him numerous times on both legs, shredding the front of his pants. Fortunately, he said the shin-high boots he was wearing kept him from possibly breaking his ankles.

Finally, Thomas said he was able to kick the bear hard enough to knock him back and grab the pistol. Just as the bear went for his leg again, he fired two shots: the first did nothing, but the second pierced the animal’s gut and forced it to retreat.

Battered and bloodied, Thomas got to his feet and scrambled back to the top of the ridge where he could use his cellphone, which still worked despite being damaged.

“I knew I had to get out of there while I still could,” he said. “Once the adrenaline wears off, sometimes you just fall in a pile.”

With blood now pouring out of his legs, Thomas managed to call his step-mother and friend back in Pendleton to tell them what happened. They both called 9-1-1 as Thomas hiked a mile back to his utility vehicle and drove another seven miles back to his truck.

Thomas actually passed the Union County sheriff’s deputy and an ambulance on the highway, which were on their way to look for him. They checked his vitals on the road, and allowed him to follow them back to Grande Ronde Hospital in La Grande.

Meanwhile, Caldera said she had no idea if her boyfriend was safe or even alive until two hours later.

“I don’t know if my heart’s ever going to go back to normal,” she said. “I’m just glad to be able to hold his hand.”

“It’s times like this I’m glad he’s stubborn,” she added with a chuckle.

Bear attacks are extremely rare in Oregon. Wildlife officials say it’s only happened four other times, and none have been fatal. Two such cases came under similar circumstances, where a wounded bear retaliated against a hunter.

“I don’t blame the bear at all,” Thomas said. “The bear was fighting for its life, just like I was.”

Doctors at the hospital pumped Thomas full of antibiotics and cleaned his wounds to avoid an infection. Thomas said he’s still sore a week later, and walks with a bit of a limp. He later learned the bear bit down just an inch away from the main arteries on both his thighs, which could have killed him.

Despite this, Thomas said he has no intention of quitting hunting — though he said Caldera made him promise to hunt with a partner next bear season. He said he plans to be back at work next week.

“I feel pretty dang good, considering the fact,” he said. “I’ll be a lot more cautious when I go to retrieve my next bear.”

As for the bear, Thomas said his father and a friend returned to the site and found the animal, which had managed to crawl about 400 yards before it died. They packed up the skull and paws for Thomas to keep as a reminder of the experience.

“I was lucky, obviously,” he said. “But I’ll be back up there again next year, doing the exact same thing.”