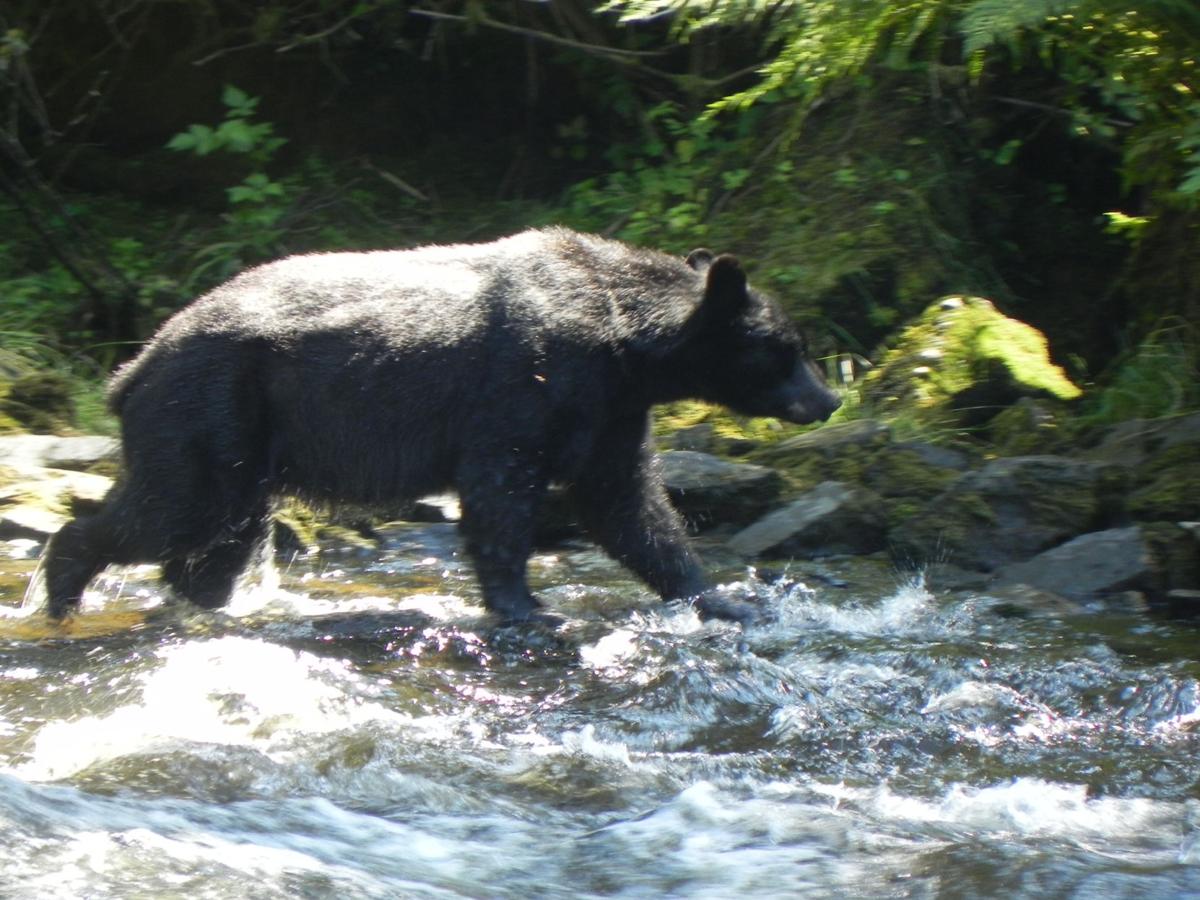 Early in the season, bears are likely to be found close to grassy meadows, often lower on the slopes. As grasses green up, the bears begin to move higher. 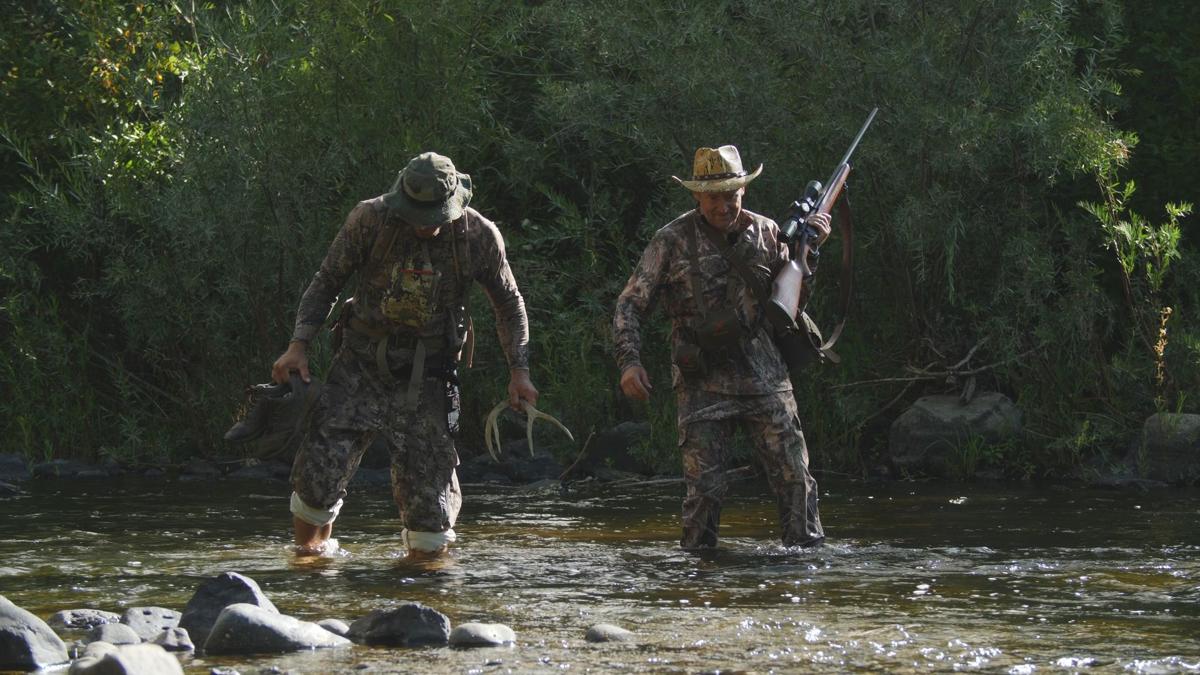 Lucas Simpson, left, and Gary Lewis navigate a creek after a morning hunt in Northeast Oregon.

Early in the season, bears are likely to be found close to grassy meadows, often lower on the slopes. As grasses green up, the bears begin to move higher.

Lucas Simpson, left, and Gary Lewis navigate a creek after a morning hunt in Northeast Oregon.

PENDLETON — Spring is supposed to arrive on the 20th of April named for the Greek god of war. As the days march on, snows melt, rivers rise and hillsides turn green, and black bear find their way to the sun.

When a bear emerges from its den, it seeks available forage that will include grass, forbs (broadleaf plants), bulbs and grubs. In April, the bear needs to jump-start its digestion in order to process more complex foods later in the season.

In April and early May, the primary food source to watch is the grass. There’s no doubt, bears spend most of their time where it’s easiest to make a living. They search out old slides and lower elevation meadows where new grass grows. As the thaw continues, bears move higher on the slopes, finding groceries at the mid-elevation levels.

Oregon offers 14 focused spring bear hunts and nine of them are in Northeast Oregon. A look at harvest statistics from 2018 (the last year for which the data was available), shows 19% harvest success in the 759 A Snake River hunt. Another hot spot is the 757A Sled Springs-Chesnimnus hunt. Hunters in the 756 Wenaha Unit reported 12% harvest success. These are popular hunts and it is difficult to draw a tag every year. The 746A South Blue Mountains hunt might offer the easiest tag draw.

Good bear country is wet, and that means north faces, moss, springs and tangles. In dry climates, the north face is generally a good bet.

When the temperature climbs in May, warm weather brings bears into the open on sunlit slopes where they may graze for hours, eating grass and turning over rocks in search of grubs. The thawing snowpack reveals ground squirrel dens and the carcasses of winter-killed deer and elk, which are a bonus.

In the watersheds of the Grande Ronde, Imnaha, Minam and the Snake rivers, bears follow the elk herds to catch cows and newborn calves when they are most vulnerable. Mountain meadows and creek bottoms with a gentle grade are favored calving grounds and a good place to call a bear to dinner. Calf elk calls and fawn-in-distress cries can bring a bear on the run. But bear are complex critters and they may also ignore the call for a while or run the other direction. When calling bears, commit to a stand for at least 60 minutes. And watch the downwind side.

In late May, adult bears move into the mating season. While they still must eat, they turn part of their focus to breeding impulses. Focus close to the core areas where you found signs in the early season and watch mid-elevation meadows for hours at a time.

It’s a long season and when vacation hours are at a premium, my money is on early May. Use April for short scouting trips unless the sun is out. Then you can change your plans. Patience can pay off with multiple bear sightings and stalk opportunities when you meet them in the middle.

This year, all spring bear hunts start April 1 and run through May 31, which means the tag sale deadlines are March 31, earlier than in years past. These are limited-entry, controlled hunts. The application deadline is Feb. 10.

Gary Lewis is host of Frontier Unlimited and is the author of John Nosler Going Ballistic and other titles. To contact Gary, visit www.garylewisoutdoors.com.