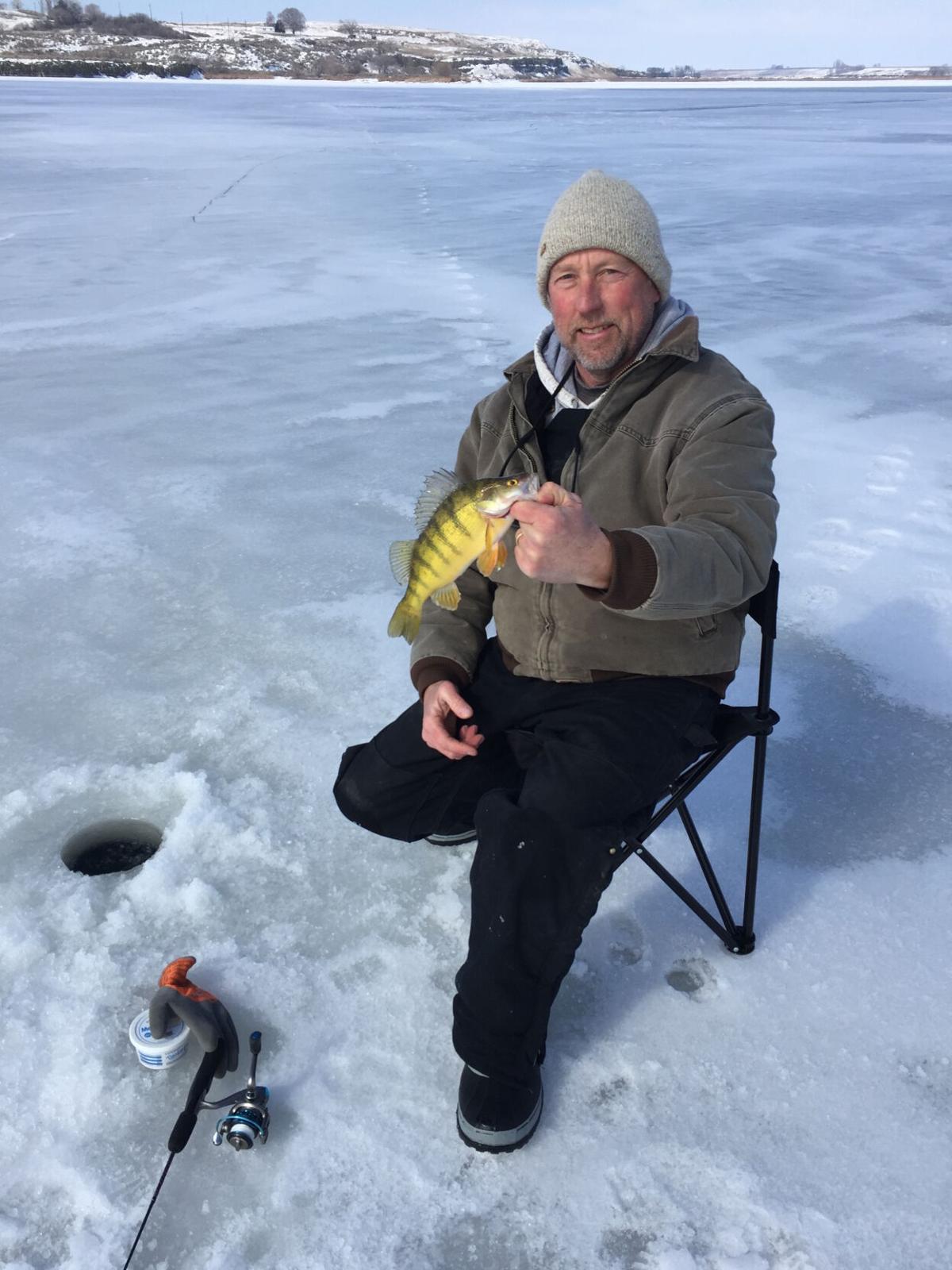 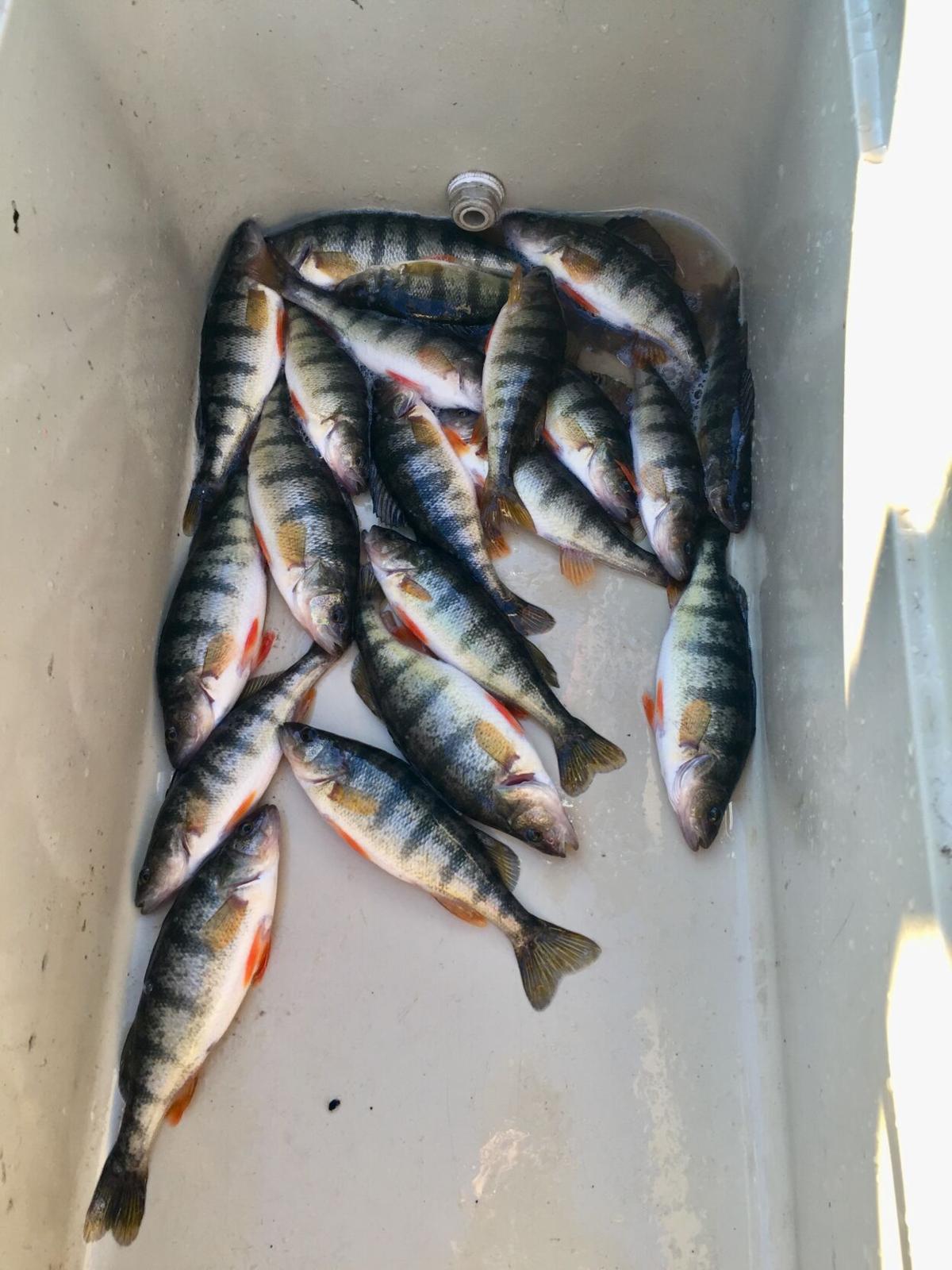 Fill the bottom of a cooler with tasty yellow perch and you have enough for a neighborhood fish fry. 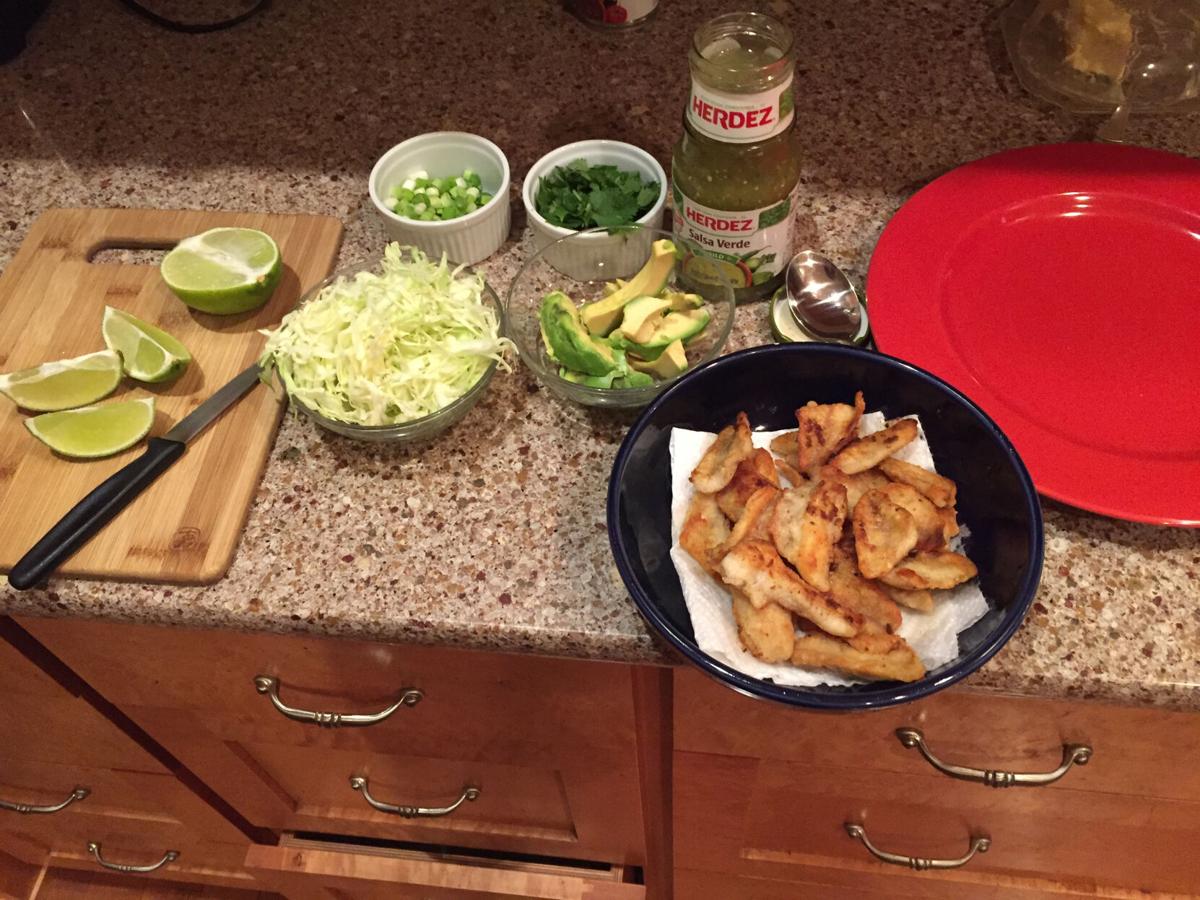 A plate of fried perch filets makes for great tacos when combined with fixings that include sliced avocado, cilantro, green onions, chopped cabbage, squeezed lime juice and a favorite salsa. 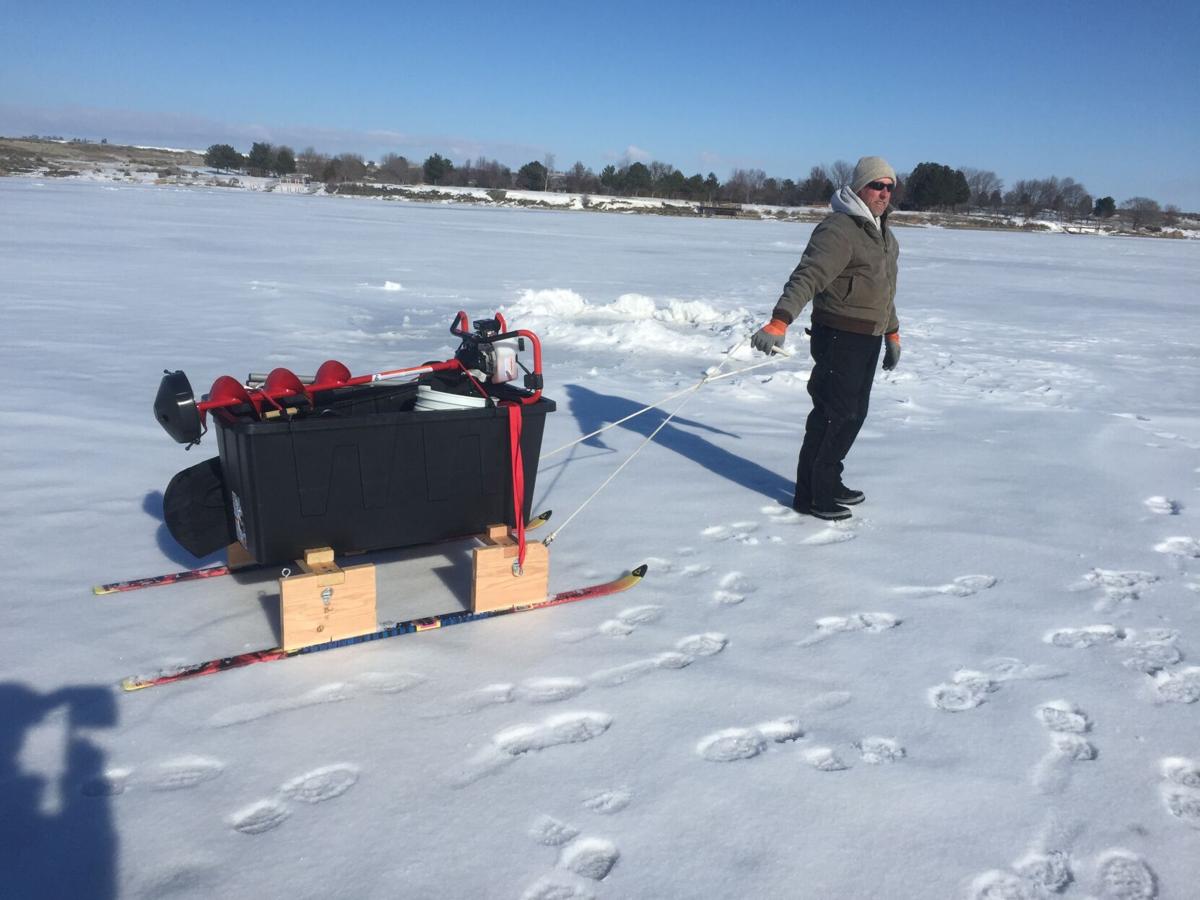 A homemade sled hauls all the gear an angler needs for a blustery day spent fishing under the ice. 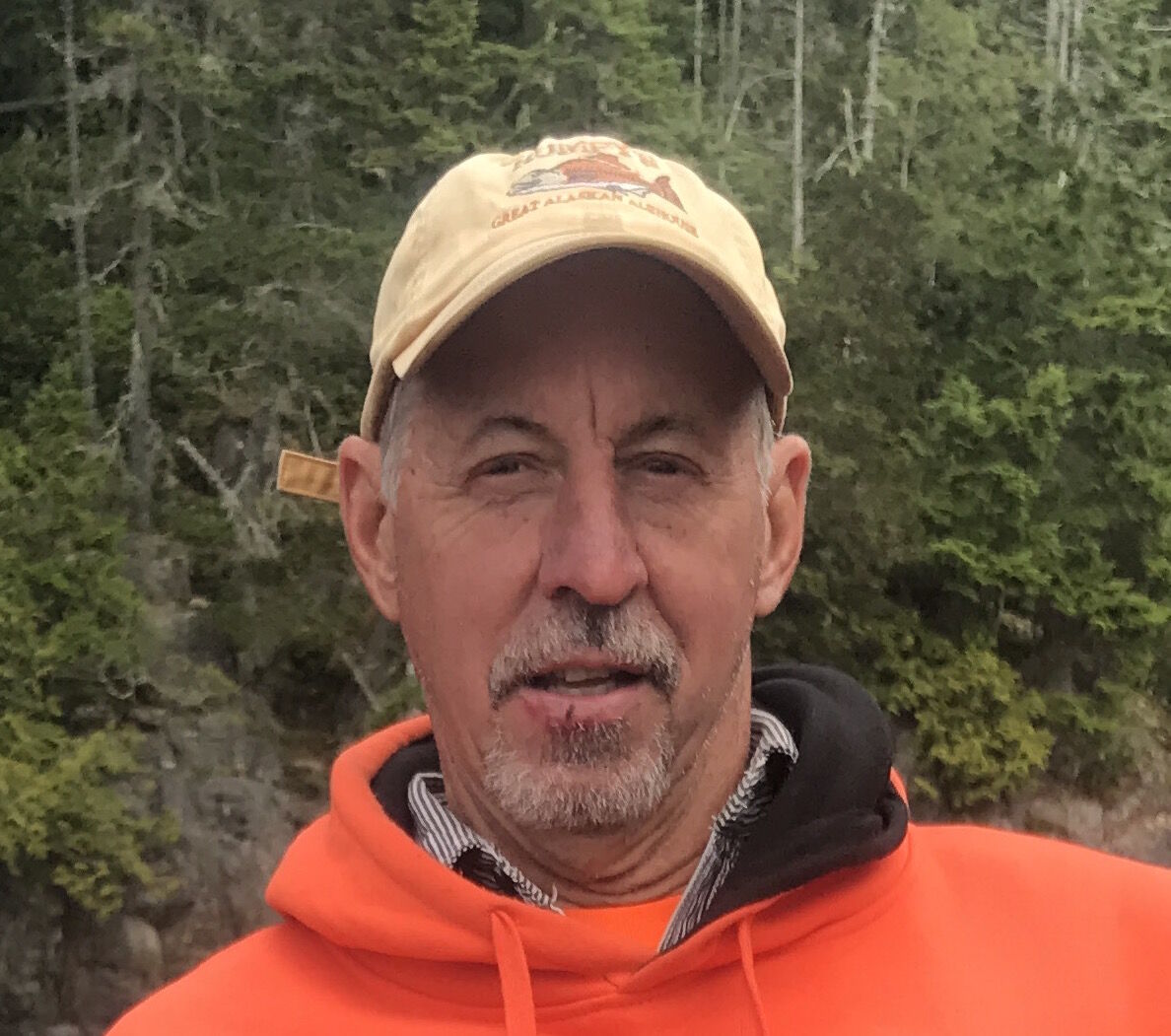 Fill the bottom of a cooler with tasty yellow perch and you have enough for a neighborhood fish fry.

A plate of fried perch filets makes for great tacos when combined with fixings that include sliced avocado, cilantro, green onions, chopped cabbage, squeezed lime juice and a favorite salsa.

A homemade sled hauls all the gear an angler needs for a blustery day spent fishing under the ice.

“What are you doing that I’m not?” Ken asked.

“Catching perch for one,” I replied, relishing the fact I was ahead three fish to his none.

“You know what I mean," he said. "What’s your technique?”

“I let my worm sink to where I feel soft bottom and twitch my rod tip to give it movement," I answered. "Then I set the hook if I feel a bite.”

Ken took careful note and hooked the next four yellow perch to erase my early advantage. That’s how fishing works. You transmogrify from expert to novice when a school of biters moves to the other side of the boat.

Semitrucks whizzed by on busy U.S. Highway 12. A flock of Canada geese honked anxiously overhead. Russian olive and willow banded the backwater’s stark shoreline, leaving openings where a half-dozen bank anglers cast worm under slip bobber. A rare interlude from freezing fog had produced a blue-sky day where the damp of decaying leaves hung in still air. A neighbor reported catching a cooler full of yellow perch over Thanksgiving weekend, providing all the incentive I needed to bring my boat out of winter storage. Some days you need to catch a fish if only to prove you can.

On that unseasonably warm December day, Ken and I caught more than 30 perch ranging up to 10 inches long, keeping two dozen of the largest. For reference, a 7-inch perch yields a finger-size filet. Catch three perch of that size and you have enough meat for a robust fish taco. Each perch I hooked put a nice bend in the 42-inch “Bingo Bug” ultra light rod I normally use for ice fishing. Ken held my 6½-foot backup rod after he showed up with fly fishing gear.

“A beadhead pattern trolled slow behind a float tube might work in the summer, but a worm jigged near the bottom is more likely to attract perch this time of year,” I told him.

Two winters ago, I ice fished an Eastern Washington lake for yellow perch with a friend who grew up in Minnesota. Bob was well prepared: gas power auger to drill holes in thick ice, popup tent for shelter from a cruel winter wind, sonar flasher system to show location of bait relative to fish targets, a five-gallon bucket to hold our catch and for sitting, and a sled to haul it all through deep snow.

Bob drilled several holes over a large area with the notion you never know where perch will show. “You don’t want to freeze your butt waiting for a school to find you,” Bob said, with the confidence of a Midwest angler who had been there, done that.

If you venture on the ice, make sure it is at least four inches thick, has no fractures, and is not separated from the shoreline. Fish with a buddy, have a throw ring or life jacket handy for an emergency, dress in layers, and wear the best pair of insulated boots you can afford.

Yellow perch are year-round biters and often found together with bluegill, crappie, bullhead catfish, and walleye. They were introduced to Pacific Northwest waterways along with a mix of other “white-meated” fishes from Eastern waterways as early as the 1890s. Perch are prolific spawners, which often leads to stunted populations considered a nuisance in lakes managed for trout.

Yellow perch move into the shallows of backchannel sloughs and flooded mouths of Columbia and Snake river tributaries prior to their late winter spawning period. Ken and I fished one such backwater pond off the lower Snake River in early December. Scooteney Reservoir and Moses Lake are other popular southeastern Washington locales for yellow perch. Eastern Oregon lakes with substantial populations of yellow perch include McKay, Owyhee, Bully Creek and Phillips reservoirs, some which are already iced over.

There is no minimum length restriction for yellow perch except that self-imposed by your patience and skill with a filet knife. As an aside, a dedicated bank angler once told me “five-inchers taste the best.” Daily bag limits of 25 are in effect for some locations in Eastern Washington. With no catch limit in Oregon waters, let your conscience be your guide.

As Harold Blaisdell, author of "The Art of Fishing With Worms," wrote, “The real pay zone for perch is a stratum that is a mere foot in depth or thickness, the layer that lies directly above the bottom.” That’s a nice way of stating a certain amount of skill was required to fill our cooler with these tasty panfishes on a balmy winter day. “Looks like fish tacos for dinner,” I told my wife when I walked in the door with a quart-size bag of filets and the smile of a big game hunter.

Dennis Dauble is a retired fishery scientist, outdoor writer, presenter and educator who lives in Richland, Washington. For more stories about fish and fishing in area waters, seeDennisDaubleBooks.com.