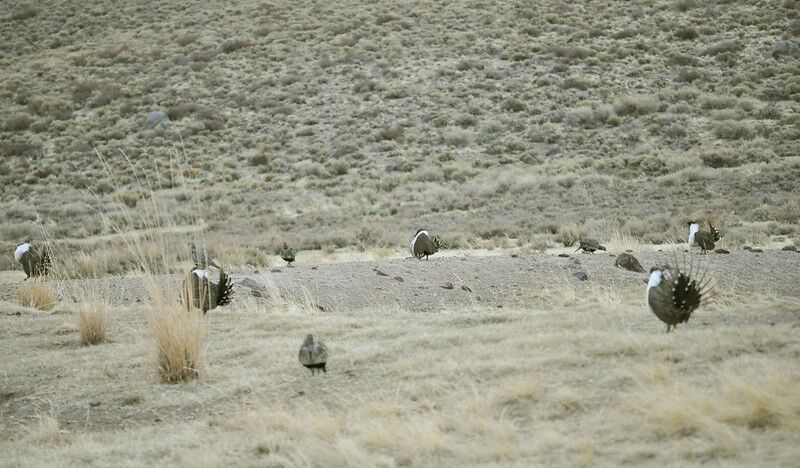 Male sage grouse display for the ladies on the lek. 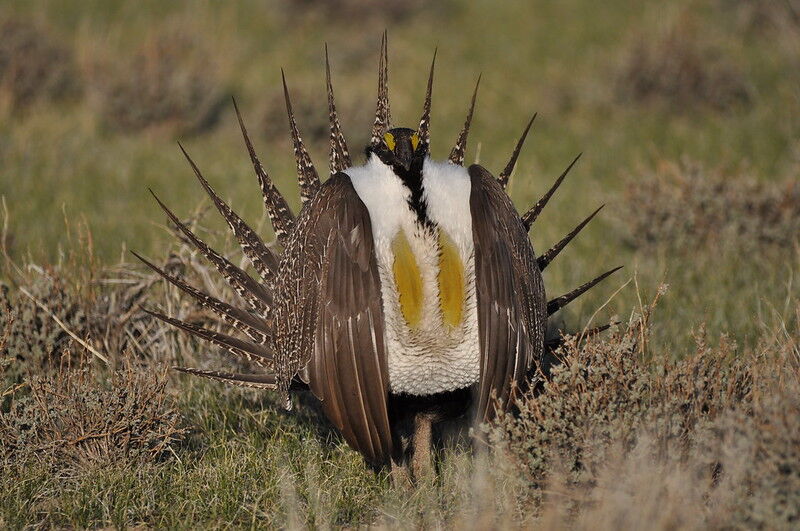 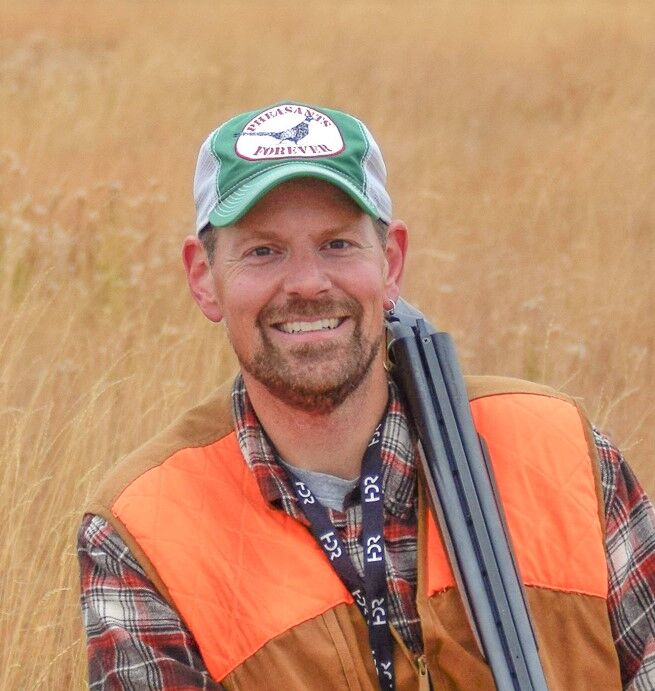 Male sage grouse display for the ladies on the lek.

An icon of the western U.S., the wary, spike-tailed adult males of this species boast the endearing nickname “bombers” due to their large size and lumbering liftoff. An obligate inhabitant of the high sagebrush, greater sage grouse are as quintessential to the range as pronghorn and mule deer.

A spectacle to behold, my first encounter was in southern Idaho on a late September elk hunt. Riding an abysmally rough BLM road back to camp, I spotted “geese” in the sagebrush off to my right. “Why are geese out here in the sagebrush?” I asked myself. It seemed plausible to find geese along the Pahsimeroi River, but not in the shrub-steppe.

“Those aren’t geese, genius. They’re sage grouse,” I blurted out in elation. A half-dozen robust, feather-legged fowl eyeballed me warily as I bounced past, ensuring they need not unnecessarily expend the energy of liftoff.

Sage grouse once numbered around 16 million across western North America, pre-settlement. Presently, estimates of approximately 200,000 birds remain range wide, their significant decline attributed largely to habitat loss. Following their decline, the species was proposed for listing as “Threatened” under the Endangered Species Act until a 2015 status review identified that listing was not warranted.

The decision was made partially due to the efforts of the Sage Grouse Initiative (SGI), which began in 2010, pushing to conserve precious sagebrush habitat across the sage grouse range. Sage grouse and the SGI are both captivating in their own right; the birds for their size and behaviors, and the SGI for its incredible cooperative nature among landowners, nonprofits and government agencies.

Sage grouse are known for their dramatic “lekking” behavior. A lek is a common area where males gather in spring to perform courtship displays for females and fiercely defend their territory on the lek, which may only be a few yards in size.

The sage grouse courtship dance is something to behold. Males have spiked tail fans and snow-white breast feathers with two yellow air sacs that they inflate during the ritual. The Cornell University bird laboratory explains the courtship behavior as follows:

“Standing tall, with inflated chest held high, the male sweeps his wings across his white breast, creating a swishing noise. He tilts his head back, rapidly inflating, bouncing, and deflating the yellow, balloon-like pouches on his chest. The outward popping of these bare pouches creates a series of echoing pops. These displays are performed almost continuously, and up to 10 times per minute, for several hours in the early morning.”

The SGI includes NRCS partnerships with myriad local, state and federal governments and non-governmental organizations like the Rocky Mountain Elk Foundation, Oregon Hunters Association, Pheasants Forever and the Ruffed Grouse Society. While the NRCS channels funding through the Farm Bill, success is only possible through partners that leverage funds, shoulder work, and tackle policies beyond the authority of the NRCS.

The success of the SGI equates to uplanders like me continuing to have opportunities to hunt sage grouse where their remaining populations are strong. But wildfire and invasive species like cheat grass continue to threaten sage grouse habitat. As fire danger and smokey air from the Cascades region settled over Eastern Washington and Oregon this past September, I cancelled my bucket list hunt for which I had drawn an Oregon permit.

Smoke settled thick, oozing through the window cracks on the homestead like pancake batter late on September 11. Burning tear ducts awakened me, urging me to tape off windows and doors. Burns, Oregon, was slated for the same air quality. I can only imagine how uncomfortably stuffy a camper, sealed tight, encapsulating myself and two setters, might have been.

Fortunately, wildlife is resilient and persistent. Habitat and hunting opportunity to be restored through the efforts of dedicated partnerships like the SGI. And the 2021 prospects are looking good.

I can see the covey nestled among the buttery autumn grasses and milky sage. A setter tail wafts gently in the auburn glow of the sun peeking over the Owyhee; the location of the covey betrayed. Circling in for the flush, the covey materializes from the sagebrush sea. Heavy wingbeats trigger a swift mount. The bead aligns with my right eye as double barrels swing through.

Brad Trumbo is a fish and wildlife biologist and outdoor writer in Waitsburg, Washington, where he also actively serves the Walla Walla-based Blue Mountain Pheasants Forever chapter. For tips and tales of outdoor pursuits and conservation, visitwww.bradtrumbo.com.