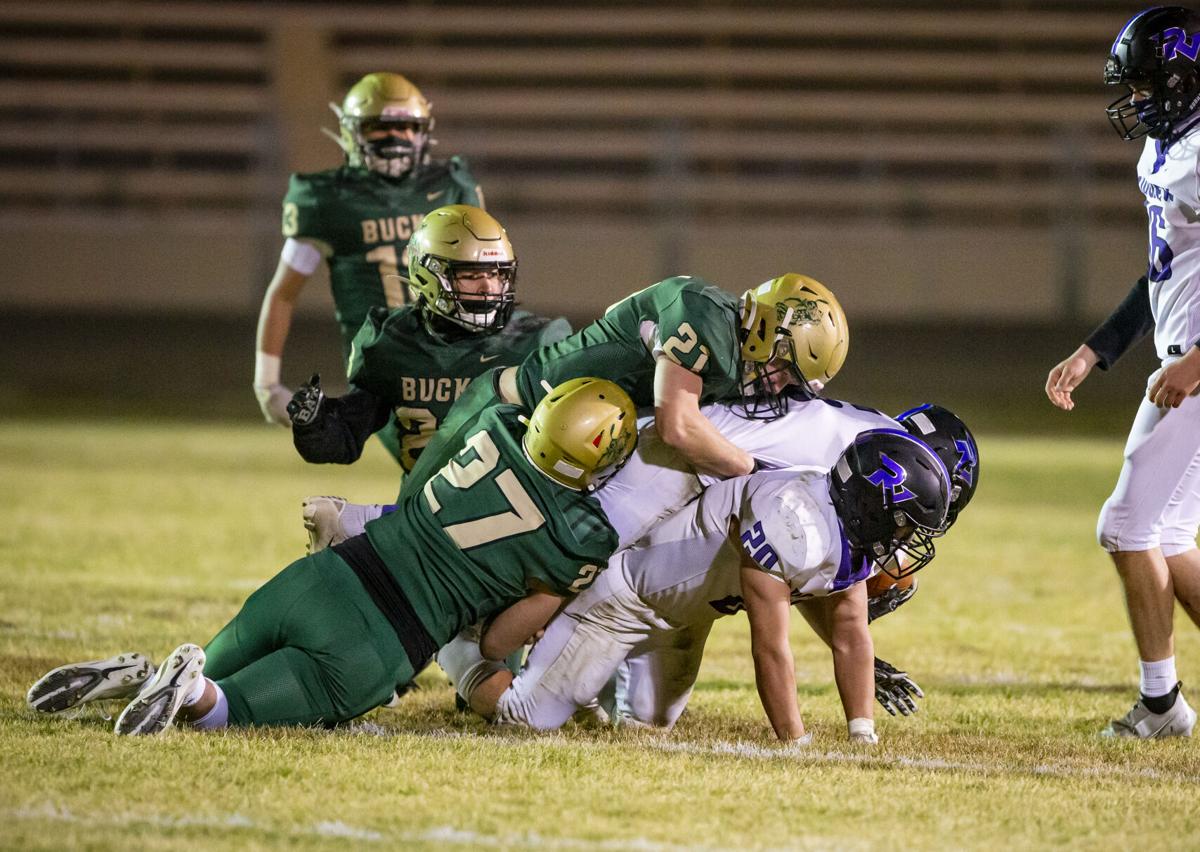 Pendleton’s Kyle Liscom (21) and Isaac Urbina (27) drag down Ridgeview running back Josh Biever (5) during the Buckaroos’ 20-12 win over the Ravens at the Pendleton Round-Up Arena on March 12, 2021. 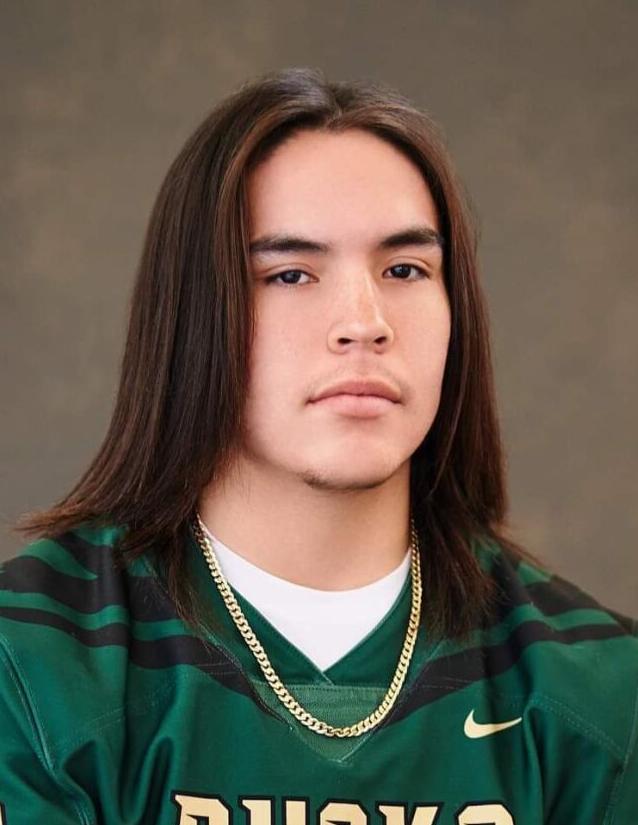 PENDLETON — Pendleton’s Kyle Liscom was named the 5A-Special District 1 Defensive Player of the Year by a vote of the conference coaches.

A junior, Liscom finished the season with 85 tackles in six games. He was a unanimous selection at linebacker.

“It’s very well-deserved,” Pendleton coach Erik Davis said. “When he led us as a sophomore in tackles, that is unheard of. He has a nose for the football, a high football IQ and is as tough as can be. It all stems from hard work and getting his body ready. He is a special talent. I’m excited to have him back for another year.”

Burns, who goes to school at Nixyaawii, was a unanimous selection by the coaches. He also earned second-team honors as a running back.

“Tyasin, in my mind, is a first-team running back,” Davis said. “But it’s his first year at Pendleton, and you don’t see everyone. We know how valuable he was to us. He proved himself on the defensive side of the ball.”

The 5-foot-9, 200-pound Cooley was an integral part of the Bucks’ offense that averaged 24.6 points a game.

“I’m really proud of him,” Davis said. “For our kids to get recognized is important.”

All told, the Bucks had 13 players earn honors.

“We nominate the kids and the other coaches vote,” Davis said.

“It’s hard this year, not everyone played everybody. It’s hard when you don’t get to see other players. I think you play a full season, and play everybody, I think you get a few more kids with recognition.”

La Salle quarterback Ryan Rosumey was named the conference’s Offensive Player of the Year, while Henry Buckles out of Hood River Valley was the Lineman of the Year, and Redmond’s Seth Womack was named Coach of the Year.