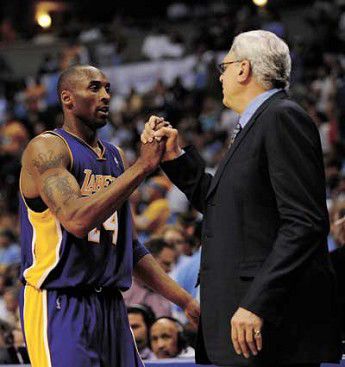 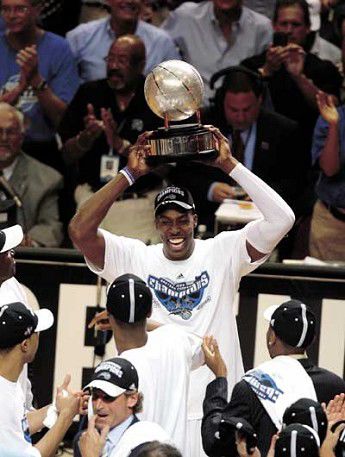 A position-by-position look at the matchups in the NBA finals between the Los Angeles Lakers and Orlando Magic.

CENTER: Andrew Bynum vs. Dwight Howard. The Lakers sorely missed Bynum last year against Boston, and they need him to play well now against Howard, because having to double-team Orlando's All-Star means leaving one of its 3-point shooters open. But Bynum hasn't regained his full mobility after returning from a knee injury and that puts him at a severe disadvantage against Howard, who scored 40 points in the Magic's clinching victory over Cleveland and authored a 25-point, 20-rebound masterpiece last time he visited the Lakers. Edge: Magic.

POWER FORWARD: Pau Gasol vs. Rashard Lewis. Intriguing matchup of All-Stars who hurt teams in different ways, Gasol from inside and Lewis from the perimeter. Gasol was a disappointment against Orlando in the regular season, averaging just 12 points and 8.0 rebounds, but a repeat of those struggles seems unlikely the way he is playing now. Lewis will continue to cause matchup problems with his 3-point shooting, as he did against Cleveland's big forwards, so the Lakers may often use Lamar Odom to defend him away from the basket. Edge: Even.

SMALL FORWARD: Trevor Ariza vs. Hedo Turkoglu. Ariza, a former Magic forward, is no longer just a slasher, shooting 50 percent from 3-point range in the postseason. He made two key steals on inbounds passes against Denver that helped the Lakers pull out victories, and his athleticism is a key to their defense. Turkoglu had awful shooting efforts in three of the final four nights in the conference finals, but still finds ways to impact games with his passing and rebounding. Edge: Magic.

SHOOTING GUARD: Kobe Bryant vs. Courtney Lee. Bryant will likely be guarded often by Mickael Pietrus, the Magic's best perimeter defender. Bryant had a 41-point game and a 28-point, 13-rebound, 11-assist effort against Orlando during the regular season, and he's desperate to come through in the finals after Boston's defensive schemes made life miserable for him last June. Edge: Lakers.

POINT GUARD: Derek Fisher vs. Rafer Alston. Both will get open shots when their defenders have to help on other players, but neither has consistently made them in the playoffs. Alston is shooting 38 percent and Fisher only 36 percent - 23.5 percent from behind the arc. Still, Alston has had a few strong performances, more of them than Fisher. Edge: Magic.

RESERVES: Lamar Odom, Luke Walton, Shannon Brown, Jordan Farmar, Sasha Vujacic and Josh Powell vs. Mickael Pietrus, Anthony Johnson, Marcin Gortat, Tony Battie and J.J. Redick. Orlando doesn't go as deep but has received reliable play from the guys it calls on, winning games when Johnson and Gortat had to start after suspensions to Alston and Howard. The Lakers' bench was supposed to give them an edge against Boston and instead was a disappointment, but with Odom looking sharp at the end of the conference finals, this is their chance for redemption. Edge: Lakers.

COACHES: Phil Jackson vs. Stan Van Gundy. Van Gundy has been criticized by his former center (Shaquille O'Neal) and his current one (Howard) this season, but hard to find any fault with him these days after leading his team to consecutive series victories over higher-seeded opponents. Jackson tries again for a 10th title, which would move him ahead of Red Auerbach, and his experience and calm on this stage remain one of the Lakers' biggest assets. To win it, he'll need to find a way to solve the matchup problems the Magic created for their opponents in the East. Edge: Even.