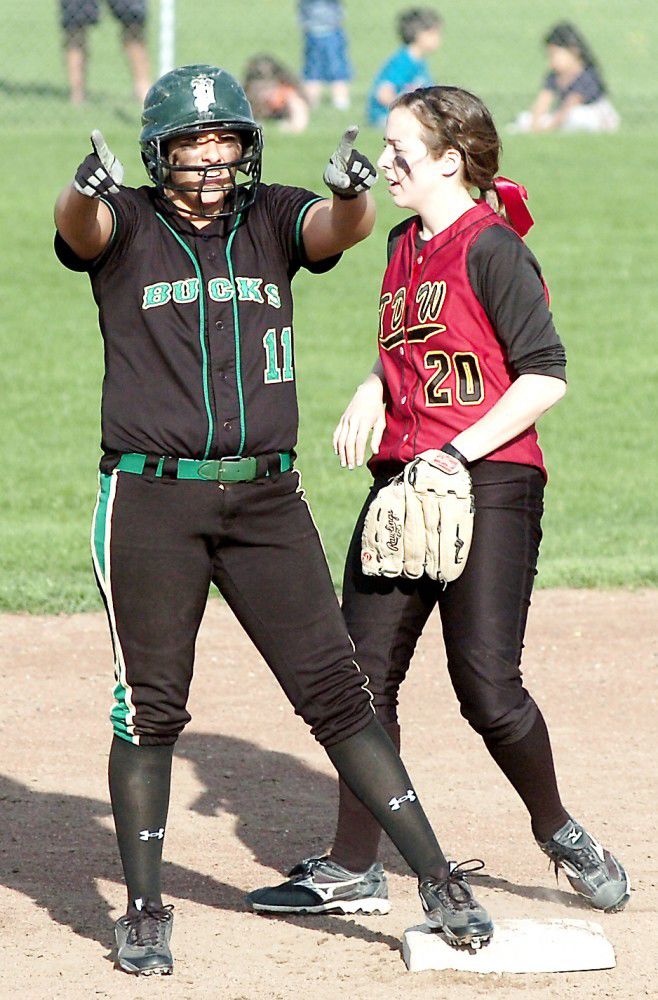 <p>Pendleton's Rayne Spencer gestures to the dugout after hitting an RBI double in the bottom of the sixth inning as The Dalles Wahtonka's Allison Dick (20) looks on in the Bucks' 1-0 win against the Eagle Indians earlier this season in Pendleton.</p> 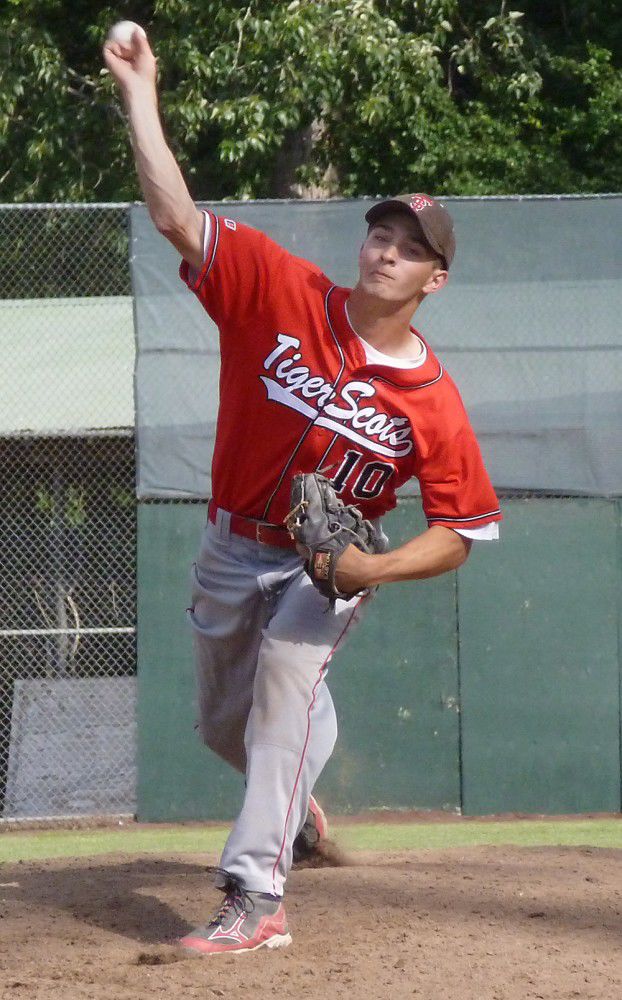 <p>Weston-McEwen pitcher Dallas Reich throws against Stanfield at Bob White Field in Pendleton during the Special District 6 championship baseball game Saturday. Reich was named SD6 player of the year after the 6-2 TigerScots victory.</p> 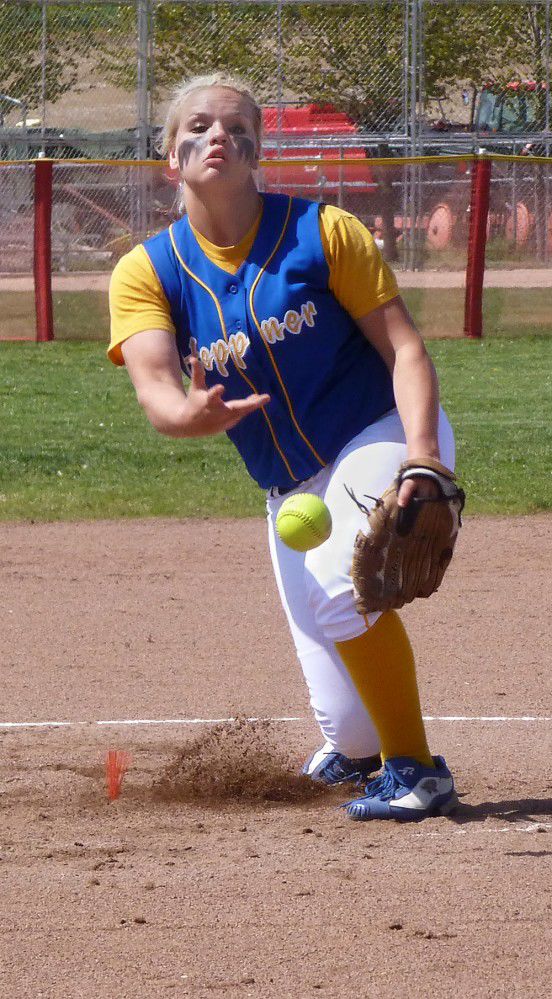 <p>Heppner pitcher Baily Bennett throws a pitch in a softball game against Weston-McEwen in Athena earlier this season.</p>

<p>Pendleton's Rayne Spencer gestures to the dugout after hitting an RBI double in the bottom of the sixth inning as The Dalles Wahtonka's Allison Dick (20) looks on in the Bucks' 1-0 win against the Eagle Indians earlier this season in Pendleton.</p>

<p>Weston-McEwen pitcher Dallas Reich throws against Stanfield at Bob White Field in Pendleton during the Special District 6 championship baseball game Saturday. Reich was named SD6 player of the year after the 6-2 TigerScots victory.</p>

<p>Heppner pitcher Baily Bennett throws a pitch in a softball game against Weston-McEwen in Athena earlier this season.</p>

ALBANY? The last time the Pendleton Buckaroos saw West Albany on the softball diamond, the Bulldogs were celebrating a state title after center fielder Anne Neuschwander tracked down an Evangelina Olivera fly ball for the final out with the winning run sitting on second base.

Olivera and seven other Bucks that appeared in that 7-6 game have the team back in the state semifinals this season.

Theyll get their shot at replacing that lasting image of the Bulldogs today at 4:30 p.m.

The Bulldogs (24-5) return several players from that game as well, but have shifted some positions.

The major change is Anne Diercks moving into the pitching circle for the graduated Heather Connelly.

Diercks isnt a dominant thrower and gave up 11 hits and five runs to Dallas in the state quarterfinals but is getting plenty of run support from an offense that has averaged 8.4 runs in its last seven games.

The No. 5 Bulldogs also may be the hottest team in the state bracket coming off a 6-5 seventh-inning comeback against Summit in Round 1 and a 19-hit performance to beat Dallas 14-5 last Friday.

If anybody can cool their hot hitting, it would be Pendletons Crawford.

Only two of West Albanys runs off Crawford in the 2011 championship were earned and the Bucks ace has only given up one run in two playoff games this season.

I?feel fine going on the road,?said Pendleton coach Tim Cary. It doesnt matter if we play home or away. Were just ready to go play some ball.

Anyone can win on any given day,?Crawford said. Its whoever comes with their game and is ready to play.

Class 2A/1A Baseball: The No. 1 Weston-McEwen TigerScots (21-4) are the most rested team in the state bracket and would play their first road game of the postseason in the state championship if they can get past the No. 4 Regis Rams (24-6).

The TigerScots host the Rams today at 4 p.m. in a rematch of Weston-McEwens last state semifinal baseball game. That contest happened in 1985, though, and Regis won.

The team that wins this time around will be the one that takes smart risks on the base paths, and makes them pay off, said Weston-McEwen coach T.J. Haguewood.

I?think its going to come down to the team that takes the extra base when theyre given to them,?he said. I?think both teams field the ball well. Theyve got several good pitchers. Youve got to earn your runs.

Regis finished second to Kennedy in Special District 2 and has scored 223 runs while giving up just 96.

The Rams will face Weston-McEwen ace Dallas Reich who has an 11-1 record and a 1.88 ERA on the season.

Today at 4 p.m. theyll meet at Enterprises Jensen Fields with a spot in the state championship on the line.

The game marks the farthest into the state bracket Heppner has ever travelled and theyve done it while allowing one of the lowest run totals of the season in Class 2A/1A with 64 given up.

Heppner ace Baily Bennett has only given up 10 earned runs on the season and has a 0.47 ERA?to go with her 166 strikeouts and 18-4 record.

Kaitlyn Edison is the Cubs starting pitcher and one of just three seniors on the team. Heppner will only have two seniors playing in the game and Bennett, who also leads the team with a .369 batting average and nine home runs, is not one of them.

The two teams have not met this season but faced common opponents in Irrigon, Union, Pilot Rock and Elgin, with strikingly similar outcomes.

Enterprise is 10-2 against those four with 99 runs scored and 41 allowed. Enterprise hasnt lost a game since April 27.