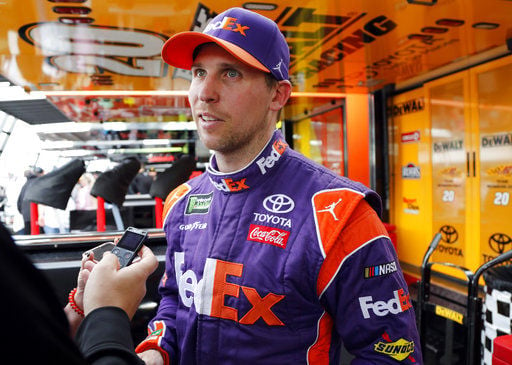 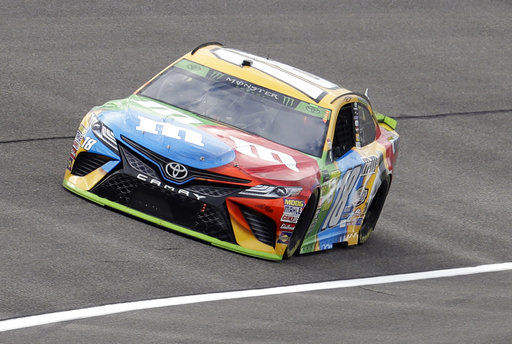 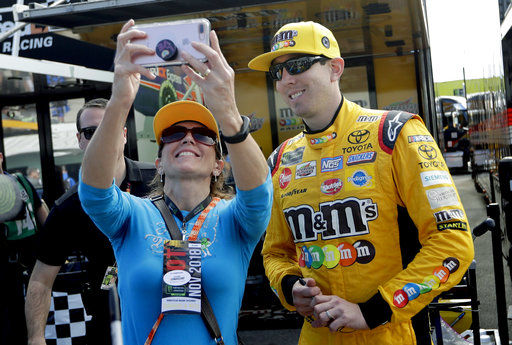 Kyle Busch, right, poses for a photo with a fan during practice for the NASCAR Cup Series auto race at the Homestead-Miami Speedway, Saturday, Nov. 17, 2018, in Homestead, Fla. (AP Photo/Lynne Sladky) 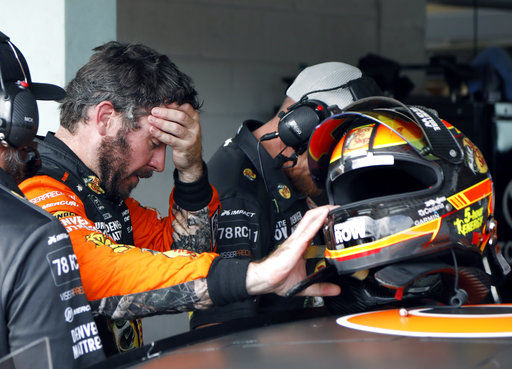 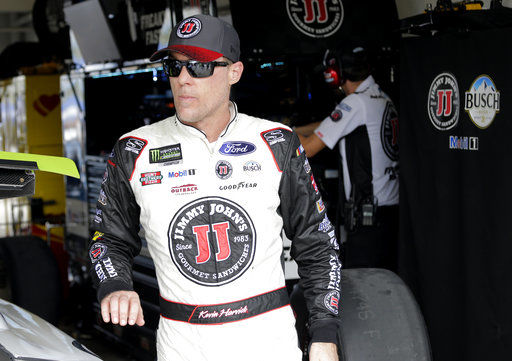 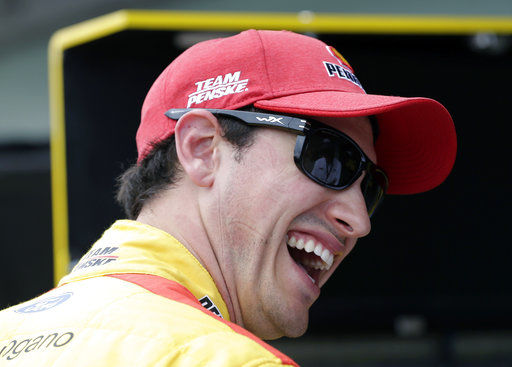 Kyle Busch, right, poses for a photo with a fan during practice for the NASCAR Cup Series auto race at the Homestead-Miami Speedway, Saturday, Nov. 17, 2018, in Homestead, Fla. (AP Photo/Lynne Sladky)

HOMESTEAD, Fla. (AP)  Joe Gibbs issued a team order on the eve of NASCAR's championship that gave Kyle Busch an edge over the other three title contenders.

Busch was gifted the coveted No. 1 pit stall Saturday when Joe Gibbs Racing made the dubious decision to force teammate and pole winner Denny Hamlin to pass on the top spot. Busch qualified second and grabbed the favorable pit stall after Hamlin's team yielded to Gibbs' demand.

"It's an advantage for them, which stinks for us," reigning series champion Martin Truex Jr. said.

Busch will take any perk he can when he races Truex, Joey Logano and Kevin Harvick for the title Sunday at Homestead-Miami Speedway.

"Ultimately, it's an upper-management decision, and that's part of it. I understand," Hamlin said. "Sat down with Joe quite a bit. He came over pretty fast to talk to me. I could see the other side of it. If the roles were reversed, I think we would hope for the same thing."

Busch should have an advantage because the stall in question is located at the end of pit road and gives drivers a clear exit path and cleaner shot back onto the track. The short exit distance also lessens the concern of a speeding penalty.

"It's great to have the No. 1 pit stall for the race and I appreciate the teamwork by the guys on the 11," Busch said. "Coach and everyone at JGR are focused on doing what they can to bring a championship for the company."

"Smart decision," he said. "If we were in the same position, I would hope we'd be smart enough to do the same thing. I've already seen all the drama and people complaining. These four teams are here to win a championship. If your organization can help you do that and give you every tool available to get that done, you're stupid to not do it. I'm behind what JGR did 100 percent."

Hamlin, who is winless this season, and crew chief Mike Wheeler had the traditional first choice of pit stalls because Hamlin posted the fastest qualifying lap. Hamlin also won the pole a year ago but denied Truex's request for the pit stall. Truex, a Toyota partner of Hamlin's but not an official teammate, went on to win the race anyway.

"Hopefully, it all just comes back full circle. Maybe I'll even get a thank you text," Hamlin said.

Gibbs, the Super Bowl and NASCAR champion, said he made the call this time.

"Anything like this always stops with me," Gibbs said.

Hamlin said both he and Gibbs spoke to officials from FedEx and the sponsor understood the decision for JGR to show favoritism.

But he worried that helping Busch for one race may have made the practice acceptable.

"The problem is, from my standpoint is it probably will set a precedent going forward," Hamlin said. "It probably will be a manufacturer thing more so than a teammate. I hate it, too, because I denied Martin last year. Luckily, he won the race anyway, but I just think it's a tough deal, and you've got to listen to the boss."

Busch said Friday he thought the idea would get shot down as it did for Truex, and Hamlin didn't seem eager to give up his prize. He's trying to extend a streak of winning at least one race every season since his 2006 rookie year, and Sunday marks his final race with Wheeler.

Even Busch understood it was a big ask of Hamlin.

"That's probably too far, but it would sure be nice," Busch said.

Busch, the 2015 Cup champion, got what he wanted when Hamlin's team chose the No. 4 pit stall, which did not violate any NASCAR policy. But Brad Keselowski, Logano's teammate at Team Penkse, ripped JGR's decision to manipulate the process.

"Good for the company, bad for the sport," he said.

Logano has the third stall, Truex has the seventh spot and Harvick has the 39th spot.

Busch scraped the wall in the closing minutes of the second practice and scuffed the Toyota on the rear right side.

"They all look like that at some point during the weekend. Better in practice than in the race, but it's just minor, minor damage," crew chief Adam Stevens said. "It's nothing we can't fix in short order."

Logano also had the best 10-consecutive lap average in the final practice (165.018), followed by Truex and Busch. Harvick was 10th overall and only averaged 163.124 over his fastest 10 laps. He starts 12th, lowest of the title contenders.

"Honestly, it really hasn't been that good," Harvick said.