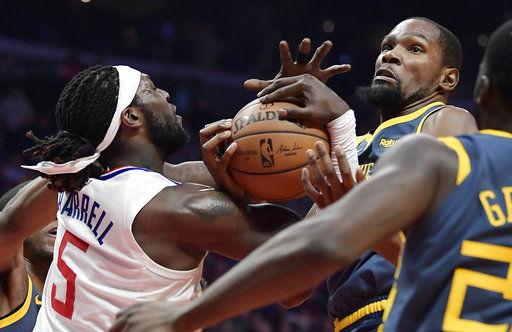 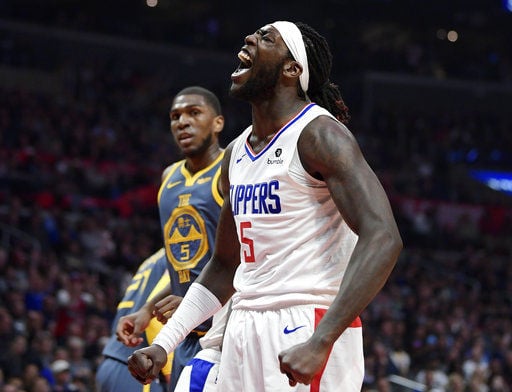 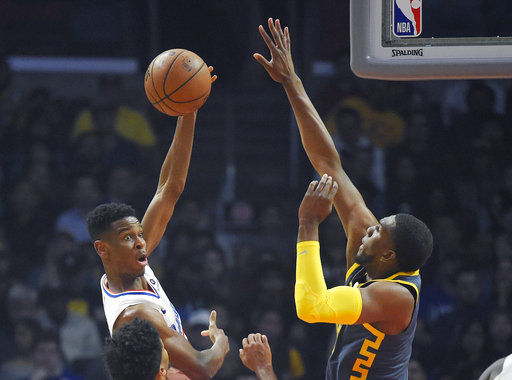 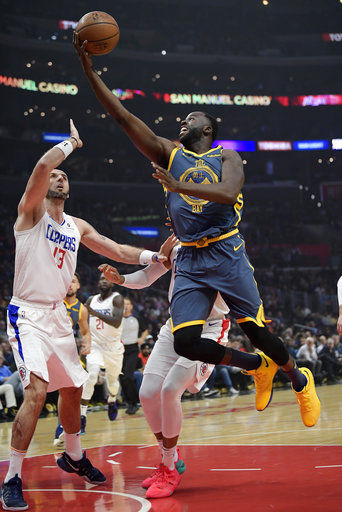 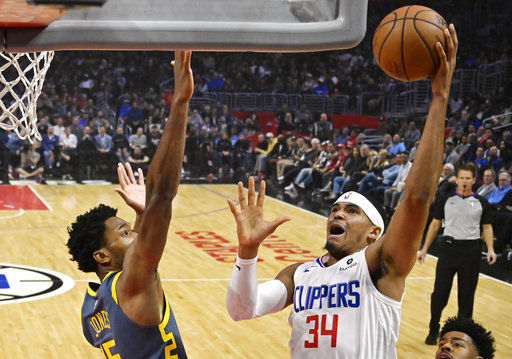 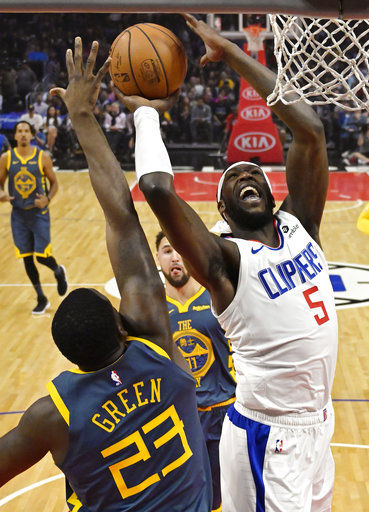 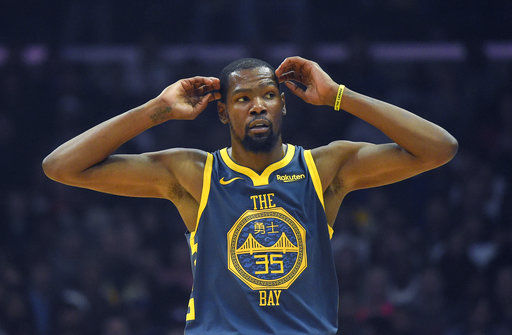 Golden State Warriors forward Kevin Durant gestures during a break in the game during the first half of an NBA basketball game against the Los Angeles Clippers Monday, Nov. 12, 2018, in Los Angeles. (AP Photo/Mark J. Terrill)

Golden State Warriors forward Kevin Durant gestures during a break in the game during the first half of an NBA basketball game against the Los Angeles Clippers Monday, Nov. 12, 2018, in Los Angeles. (AP Photo/Mark J. Terrill)

LOS ANGELES (AP)  Lou Williams couldn't hit a lick in regulation, so of course he had the ball in crunch time.

The Los Angeles Clippers wouldn't have it any other way.

Williams scored the Clippers' final 10 points in overtime after they blew a 14-point lead in the fourth quarter, and they hung on Monday night to beat the Golden State Warriors at home for the first time in nearly four years, 121-116.

Williams recovered after shooting 3 of 16 in regulation, when the Clippers were scoreless over the final 5:15 while the Warriors ran off 11 straight points to force overtime tied at 106-all.

"There would be no point for me to be on the floor if I didn't have confidence," said Williams, who finished with 25 points.

Montrezl Harrell added 23 points off the bench and rookie Shai Gilgeous-Alexander had 18.

"It's not about the run they go on," Harrell said. "It's about how we handle it. We stayed after it and kept going after them."

The Clippers snapped a seven-game skid against the Warriors at Staples Center, where they last won on Dec. 25, 2014.

"Unfortunately we lost, but we'll see them again at least three more times and that'll be different," Klay Thompson said.

Kevin Durant had 33 points, 11 rebounds and 10 assists for the Warriors before fouling out with 3:46 left in the extra session. Thompson added 31 points, but was just 5 of 16 on 3-pointers on a night without injured fellow Splash Brother Stephen Curry.

"Everything changes without Steph," Warriors coach Steve Kerr said. "He's one of the best offensive players in the history of the game so you take him out and they don't have to worry about as much."

Golden State lost for just the third time in 14 games.

The starless Clippers improved to 6-1 at home.

Thompson's 3-pointer tied it 116-all in overtime, interrupting Williams' run of 10 straight points for the Clippers.

"He's been playing the same game for like 10 years now," Shaun Livingston said of Williams. "He's just a handful to guard."

Down 106-95, the Warriors closed regulation on an 11-0 run, with Thompson scoring their last eight points. His second 3-pointer in the spurt tied it at 106.

The Clippers crashed the boards  every player grabbed at least one  and they dominated in the paint, 62-36.

Williams' 3-pointer gave Los Angeles its largest lead of 101-87 after they didn't go up by double digits until Harrell's basket to open the fourth.

The Warriors were held to 20 points in the third when they were outscored by six.

"I told our guys to empty the gun at the beginning of the third," Clippers coach Doc Rivers said. "Our whole goal was to get more shots than them."

Warriors: They fell to 39-60 in regular-season games without Curry (left groin strain), who missed his second straight game and didn't make the quick trip. ... F Draymond Green returned to the lineup after sitting out two games with a right foot-toe sprain. ... G Livingston was back after being out seven games with right foot soreness. ... They haven't left California during a seven-game stretch that concludes Tuesday.

Warriors: Host Atlanta on Tuesday in the second game of a back-to-back, their third of the season.