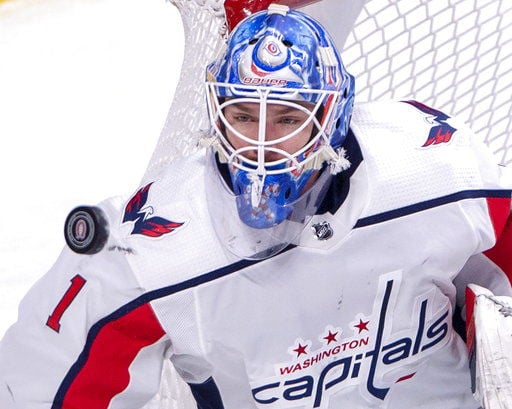 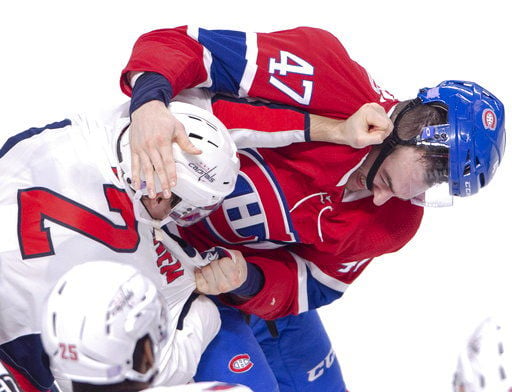 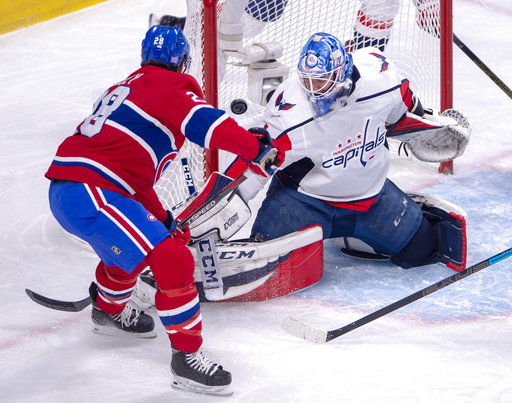 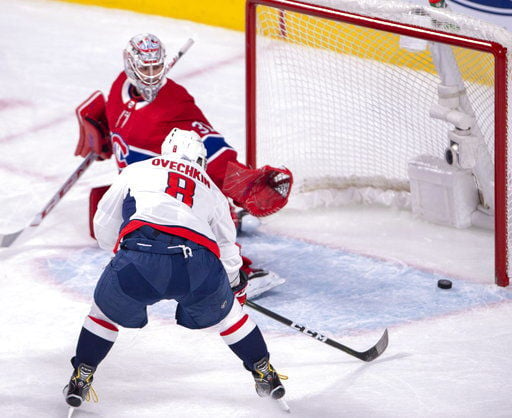 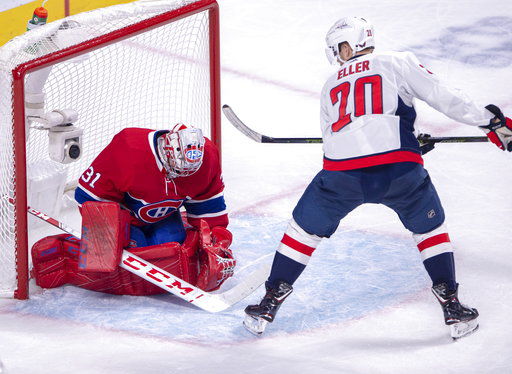 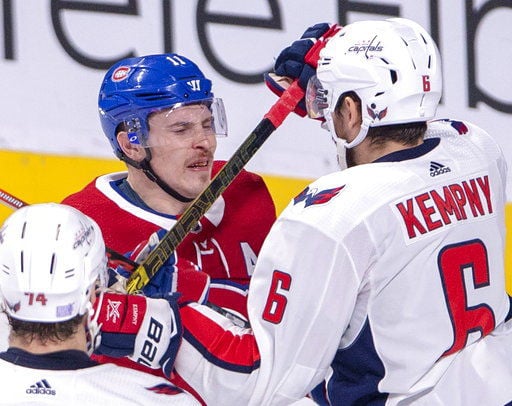 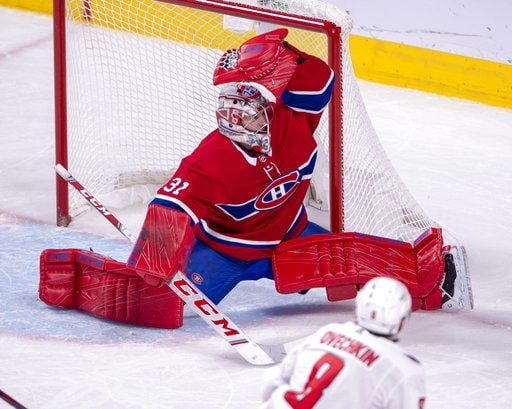 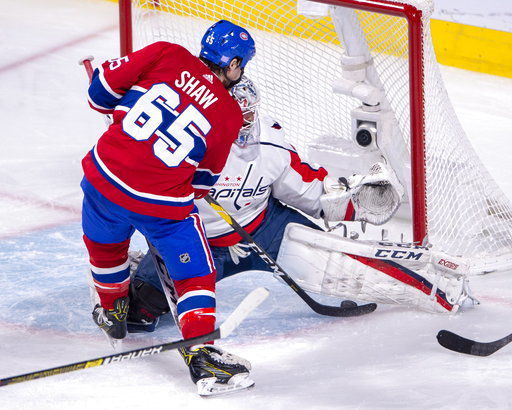 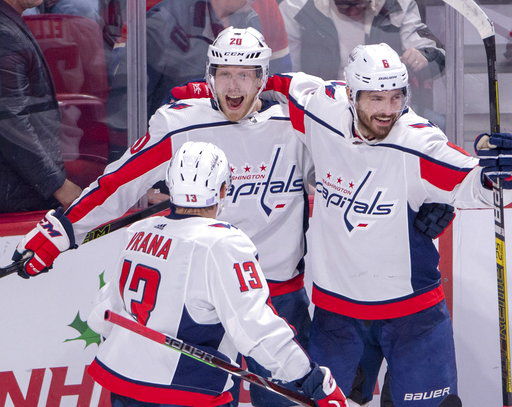 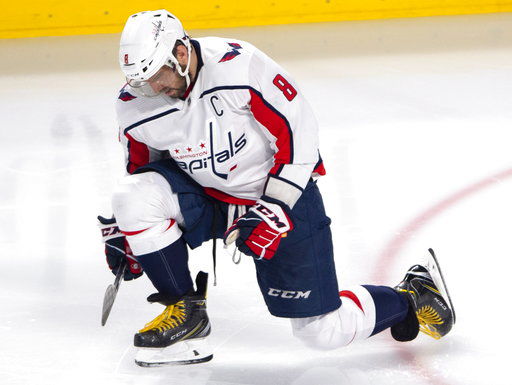 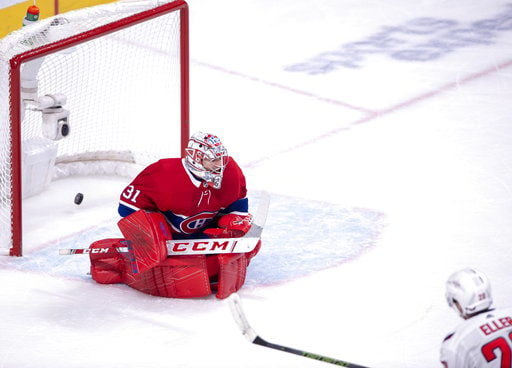 MONTREAL (AP)  Casey Price's sensational save at the end of regulation was for naught after the Montreal goaltender gave up a bad goal in overtime.

Lars Eller scored through Price's legs with less than 90 seconds left in overtime and the Washington Capitals rallied to beat the Canadiens 5-4 on Monday night.

Washington was without goal-scoring threats T.J. Oshie and Evgeny Kuznetsov, who were sidelined with upper-body injuries.

Pheonix Copley, making his fourth consecutive start, gave up four goals on 22 shots before getting pulled in the second period. Braden Holtby stopped all 22 shots he faced in relief.

With two seconds left on the clock in a 4-4 game, Price went post-to-post to deny Ovechkin with the knob of his stick while sprawled out on the ice. A stunned Ovechkin, who had already scored twice, applauded the save and even gave Price a low five.

"Maybe a lucky save, I don't know," said Ovechkin, grinning. "Obviously it was a pretty cool play. It was a beautiful save. Fans were cheering for him and I was kind of the same."

Added Price, who made 29 saves in defeat: "It's obviously pretty cool. He's a great player and he's had my number for a while. Nice to get him back for once."

"Carey did everything to keep us in this game," said coach Claude Julien. "It may be five goals against him but it's thanks to him we were still in the game."

Forward Tomas Tatar echoed his coach's sentiments: "We have to be really thankful for Carey giving us the point. He was outstanding tonight. We didn't help him. He was tremendous."

With an assist on Montreal's third goal, Max Domi became the first Canadiens player with a 10-game point streak since Vincent Damphousse in 1996.

Losing 4-2, Backstrom started the comeback at 13:20 of the second period, shortly after the Canadiens failed to score on a four-minute man advantage.

Ovechkin tied the game at 4-4 with a one-timer just 1:02 into the third period and with the Capitals on a 5-on-3 power play.

Eller scored the winner with 1:26 left in overtime, beating Price with a soft wrist shot between the pads.

The game mirrored the first meeting between the teams earlier this month, when Montreal came from behind to beat the Caps, 6-4.

"That game was actually a good learning experience for us and we've been trending in the right direction since that," said Eller, who has four goals this season. "Today we really showed that we didn't make those same mistakes again, at least not enough to lose the game."

Down 2-1 to start the second, the Canadiens scored three quick goals in a 1:15 span.

Gallagher got the first, 20 seconds into the second period, on a centering pass by Phillip Danault.

After a scramble in front of the Washington goal, Petry gave Montreal a 3-2 lead on the power play when he spotted a loose puck in the crease and chipped it over Copley's pad at 1:08.

The Canadiens got on the scoreboard first through Reilly's second goal of the season at 9:20 of the first period.

Connolly and Ovechkin scored 1:24 apart in the first to give Washington a 2-1 lead after 15 minutes.

NOTES: Montreal's Noah Juulsen left the game in the first period after taking a puck to the face. The Canadiens tweeted that he was taken to the hospital "for further examination." ... Montreal's Jesperi Kotkaniemi and Washington's Dmitry Orlov and Tom Wilson each had two assists. ... Montreal defeated Washington 6-4 in the first meeting between these two teams earlier this month.

Capitals: Home against Chicago on Wednesday.

Canadiens: At New Jersey on Wednesday.