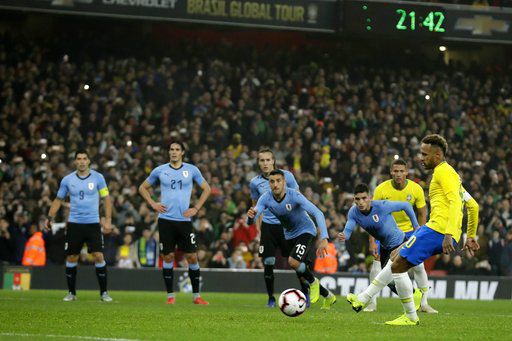 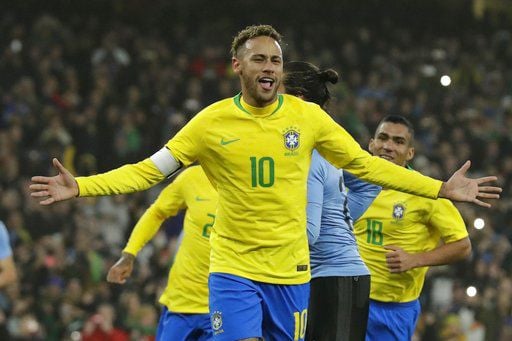 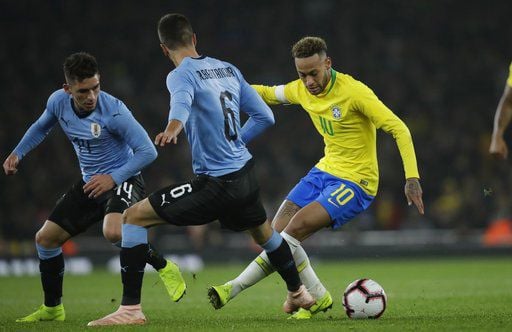 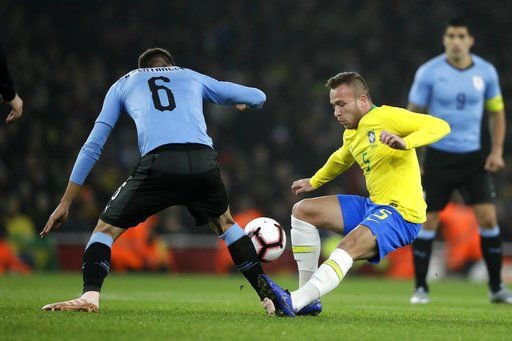 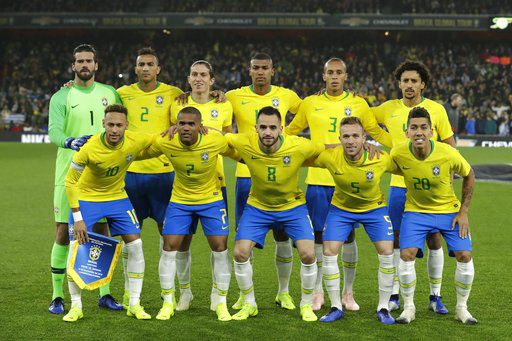 LONDON (AP)  Brazil extended its winning streak since the World Cup to five after Neymar scored a controversial penalty to beat Uruguay 1-0 in a friendly at Emirates Stadium on Friday.

The Uruguay players were furious at the decision and accused Danilo of diving. Referee Craig Pawson took a while before pointing to the spot and did so only on the advice of one of his linesman.

"It's a shame that it comes down to a bit of a controversial situation," Uruguay coach Oscar Tabarez said. "It was the linesman that flagged for it."

Though the five-time world champion enjoyed a lot of possession, Brazil failed to create many chances after Neymar had a close-range goal disallowed as early as the 11th minute.

Uruguay, which has lost three games in a row, went closest to scoring before Neymar's winning penalty.

Striker Luis Suarez took advantage of a loose ball on the edge of the Brazil penalty area but his shot was flicked over the bar by goalkeeper Alisson.

Brazil had its goalkeeper to thank again in first-half injury time when he parried away a sharp volley from Suarez's forward partner, Edinson Cavani.

Alisson was called upon again early in the second half when he dived to his left to turn a low curling free kick from Suarez behind for a corner.

This was the first time Suarez and Cavani have played together since the World Cup round of 16, where Cavani was injured after he scored the two goals that beat Portugal 2-1. Cavani's absence was noticeable when the two-time world champion was eliminated in the quarterfinals by eventual champion France.

Brazil coach Tite was particularly impressed by his defense, which has not conceded a goal since the quarterfinal loss to Belgium in the World Cup.

He heaped praise on the Uruguay strikers, too, especially Cavani.

"Cavani does make marking hard and he gives Suarez space," he said.

Brazil plays Cameroon next in Milton Keynes, north of London, while Uruguay takes on world champion France at the Stade de France. Both matches are on Tuesday.