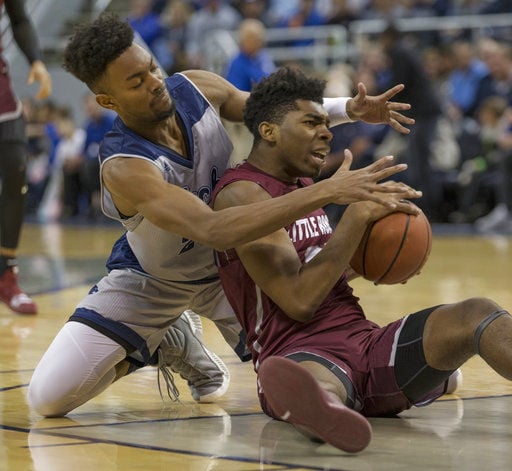 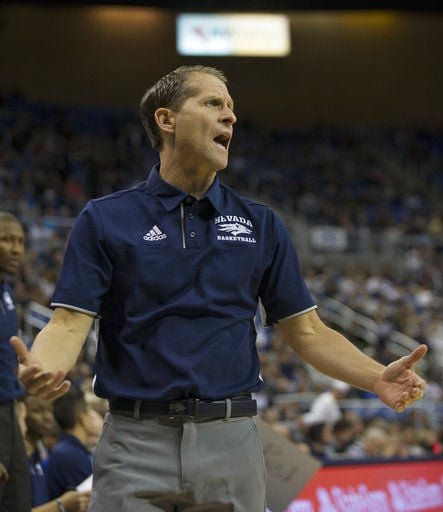 Martin has plenty of options when he is looking to distribute the ball and it showed against Little Rock (2-1).

"He's a next level point guard," Musselman said. "He's got a great basketball IQ. He's letting the game come to him. He's not forcing shots. He's not taking bad shots."

Nevada never trailed, carrying a 20-point advantage into halftime. The Wolf Pack (3-0) shot 53 percent from the field and outrebounded the Trojans 43-36.

Rayjon Tucker led Little Rock with 21 points on 8-for-13 shooting.

Jordan Brown, Nevada's preseason Mountain West Freshman of the Year, saw his first significant playing time. He had eight total points through the first two games. Against Little Rock, he broke loose for 12 points and 11 rebounds.

"I got back into the flow of the game (tonight). It's what I'm used to doing," said Brown, the 6-foot-11 forward and second McDonald's All-American to ever sign out of high school with Nevada. "Really my teammates, they pushed me and helped me out. Even Caroline. He was telling me toward the end of the game  I had nine rebounds  he was boxing people out and told me to go get the board to help me get my first double-double. I really appreciated that."

The Nevada senior held Trojan guard Markquis Nowell to 2 of 12 from the floor and six points.

Little Rock sophomore Kris Bankston, who averaged 16 points through the first two games, was held scoreless. He did not take a shot from the floor before coming out of the game halfway through the second half.

Nevada: The Wolf Pack kept rolling after receiving its highest national AP ranking in program history this week at No. 6.

Jordan Caroline is off to a hot start in his senior season for Nevada. Caroline, named Mountain West Player of the Week last week, is averaging 19 points and led Nevada with 11 rebounds through three games.

MARTIN SCORES IN FIRST HALF

Little Rock's matchup Friday marked the first time the Trojans played a Nevada school since 1990. That year, Little Rock lost 102-72 in the first round of the NCAA Tournament to eventual national champion UNLV.

Nevada: The Wolf Pack hosts California Baptist on Monday in its final game of its four-game homestand to start the season.