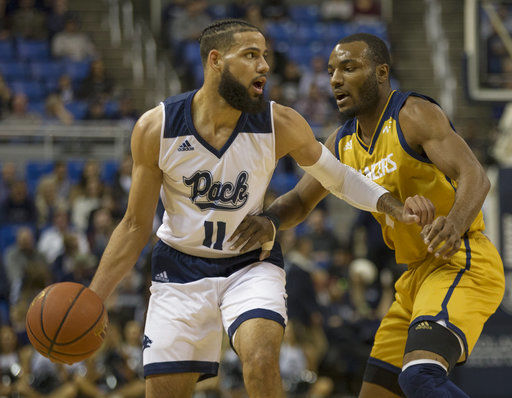 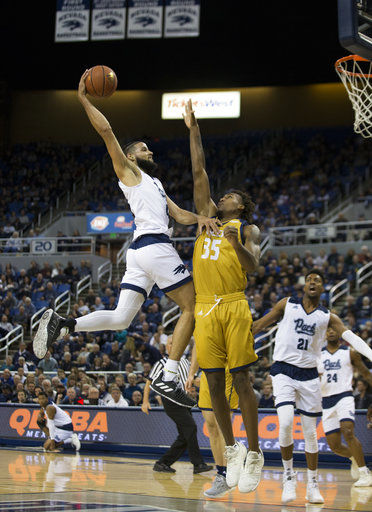 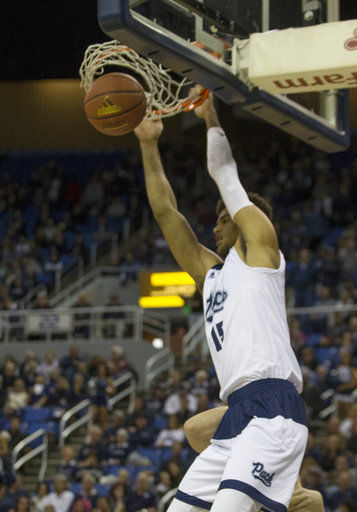 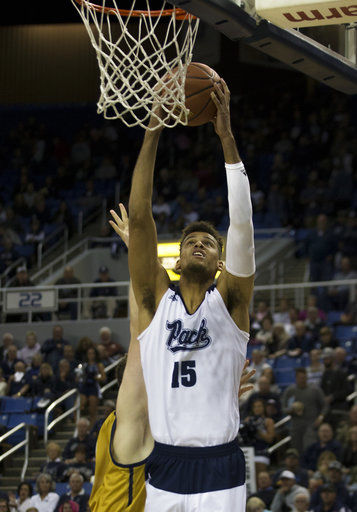 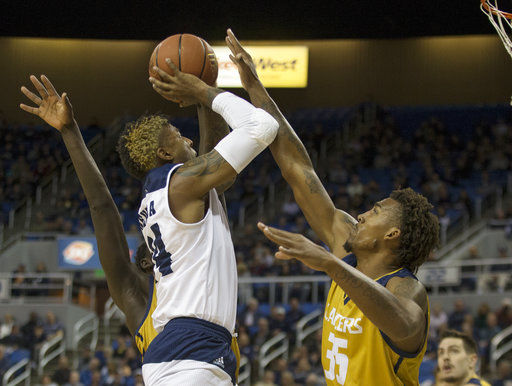 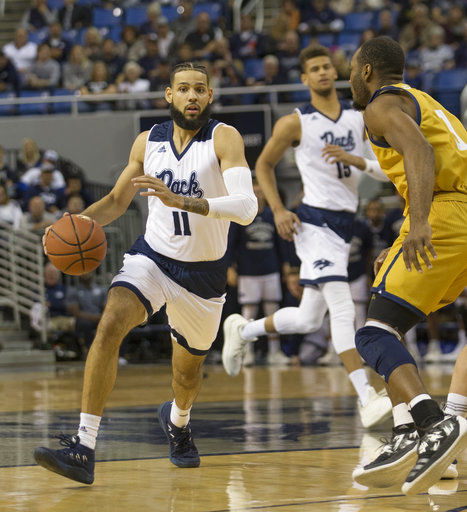 Nevada Cody Martin (11) brings the ball up the floor against California Baptist in the first half of an NCAA college basketball game in Reno, Nev., Monday, Nov. 19, 2018. (AP Photo/Tom R. Smedes) 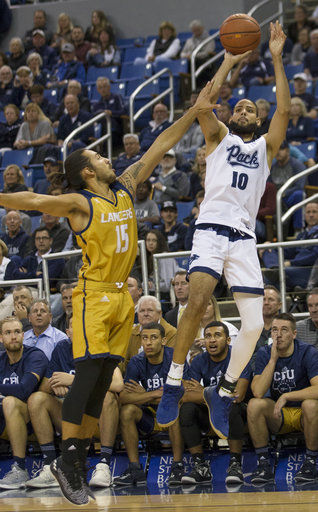 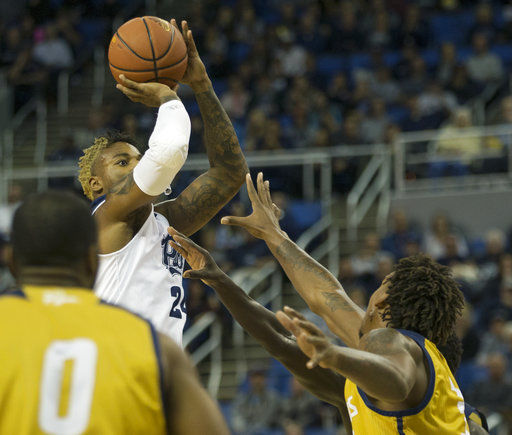 Nevada Cody Martin (11) brings the ball up the floor against California Baptist in the first half of an NCAA college basketball game in Reno, Nev., Monday, Nov. 19, 2018. (AP Photo/Tom R. Smedes)

RENO, Nev. (AP)  Trey Porter thinks his adrenaline got the best of him during the first three games of the season.

"I'm a diabetic, so I got my blood sugar up a little bit," said Porter, who transferred to Nevada this season from Old Dominion. "It makes me kind of cranky. ... I was able to control my blood sugar (tonight). It definitely helped me out."

Porter scored 14 points, matching his season total coming into the game, and added nine rebounds as No. 6 Nevada beat California Baptist 90-55 on Monday night to give coach Eric Musselman a victory on his birthday.

Nevada outrebounded the Lancers 47-31 and outscored them 40-24 in the paint.

"The first 12 minutes we were stagnant," Musselman said. "We're not going to be able to play that way and win with the schedule that we have coming up."

Porter, a graduate transfer, averaged 13 points and six rebounds for the Monarchs in 2017-18, but foul trouble had limited him at Nevada.

Nevada outscored Cal Baptist 27-11 at the free throw line, as four Lancers fouled out. Nevada has made more free throws (90) than its opponents have attempted (67) this season.

Cal Baptist: The Lancers, with one senior on the roster versus the Wolf Pack's eight, faced a tough task on the road against the No. 6 team in the nation in its fourth game as a Division I school.

Nevada: After receiving the highest ranking in school history to start a season, the Wolf Pack finished their four-game homestand undefeated, beating opponents by an average of 24 points per game. "We won by large margins," Musselman said. "We didn't mess around."

After playing its first four games in front of an average attendance of 10,330, the Wolf Pack begin a six-game road trip and don't return to Lawlor Events Center until hosting South Dakota State on Dec. 15.

Musselman turned 54 on Monday. "I texted him this morning," Johnson said. "I told him we were going to get you a win for your birthday. And we got it for him. So, happy birthday, Muss."

Cal Baptist played its fourth game as a member of the Western Athletic Conference. The Lancers joined the WAC this season. Nevada played in the WAC from 2000-12 before joining the Mountain West Conference.

Nevada: The Wolf Pack travel to Las Vegas for their final two games of the Continental Tire Las Vegas Holiday Invitational against Tulsa on Thursday. The winner plays UMass or Southern Illinois on Friday.