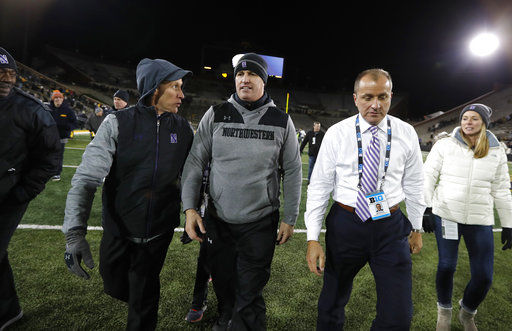 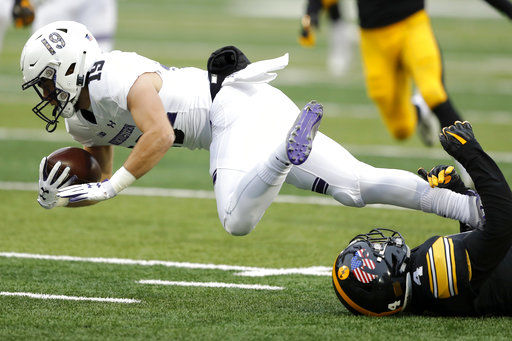 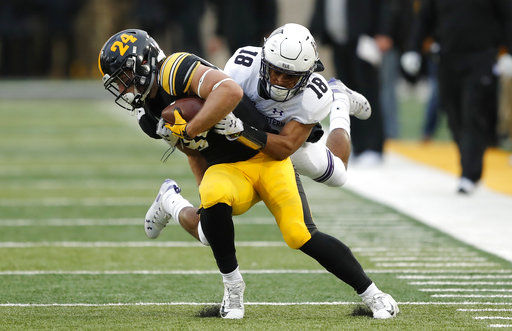 Iowa wide receiver Nick Easley tries to break a tackle by Northwestern defensive back Cameron Ruiz (18) after making a reception during the first half of an NCAA college football game, Saturday, Nov. 10, 2018, in Iowa City, Iowa. (AP Photo/Charlie Neibergall) 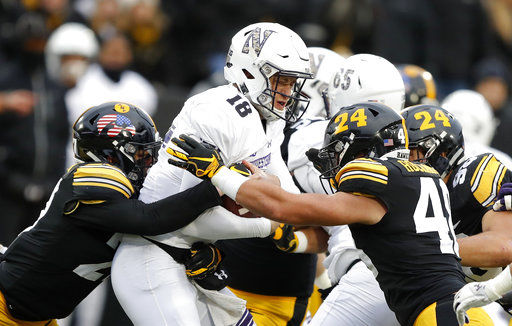 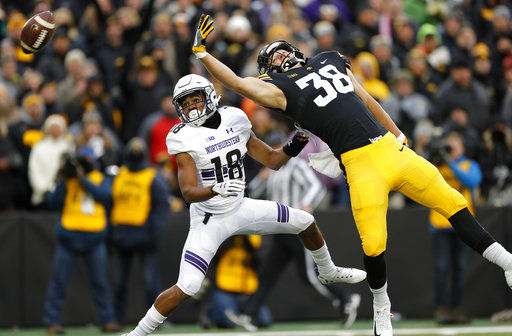 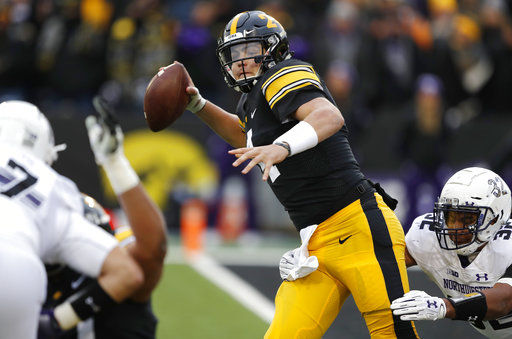 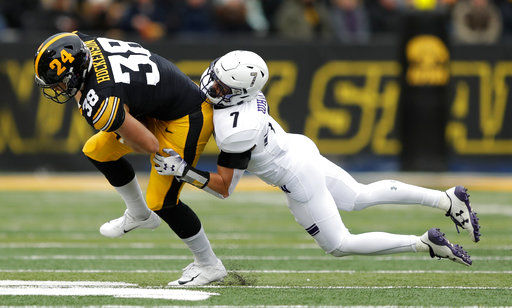 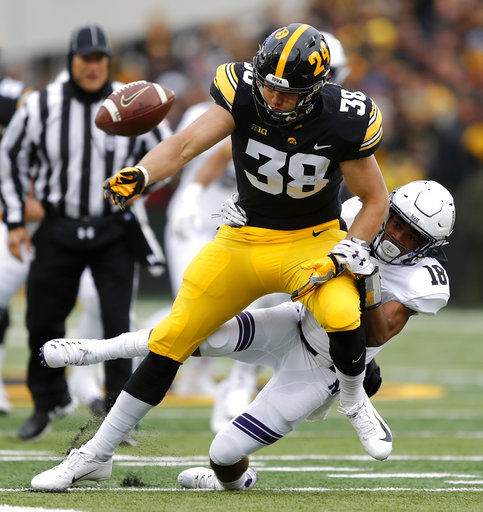 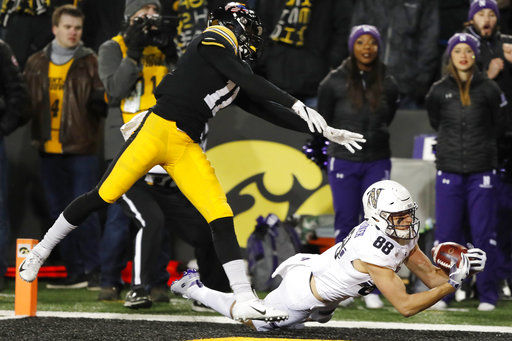 Iowa wide receiver Nick Easley tries to break a tackle by Northwestern defensive back Cameron Ruiz (18) after making a reception during the first half of an NCAA college football game, Saturday, Nov. 10, 2018, in Iowa City, Iowa. (AP Photo/Charlie Neibergall)

IOWA CITY, Iowa (AP)  Northwestern clinched bowl eligibility and a spot in its conference title game on the same day.

Only in the Big Ten West.

Isaiah Bowser ran for 165 yards and a touchdown and Northwestern upset Iowa 14-10 on Saturday to clinch a spot in the Big Ten Championship.

The Wildcats will now await their opponent for the league title game in Indianapolis next month.

Despite a 6-4 overall record, Northwestern downed the likes of Purdue, Wisconsin and Iowa to reach the top of the division with a 6-1 conference record.

"This team has overcome a ton of adversity," Northwestern head coach Pat Fitzgerald said. "We got beat up. We had a bunch of injuries, lost some tough games there. The brotherhood in that locker room is the glue that kept everything together."

Bennett Skowronek's 32-yard touchdown, which came off an incredible catch in the fourth quarter, gave the Wildcats a 14-10 lead they wouldn't surrender.

After a first half that yielded just three total points on a field goal from Iowa kicker Miguel Recinos, the scoring ramped up in the second.

Bowser hit a hole for a 34-yard touchdown to give the Wildcats their first lead of the game.

Bowser was the only Wildcat to surpass 45 yards from scrimmage other than quarterback Clayton Thorson, and his performance certainly gave Northwestern a boost after a first half in which it only posted 75 total yards.

"I think (the touchdown) got us going," Bowser said. "Obviously, not scoring in the first half, so coming out and scoring in the second half, that was big for our offense and big for our defense too, knowing that they had a lead."

The Hawkeyes had a chance to take the lead late in the fourth, but Northwestern's Cameron Ruiz forced Mekhi Sargent to fumble, and the Wildcats jumped on it.

Iowa had one final chance with under two minutes to go, but another fumble by Ivory Kelly-Martin ended the Hawkeyes' chances.

Northwestern: Folks might chide the Big Ten for having a four or even five-loss team represent the league in its championship game. But the fact of the matter is that the Wildcats are 6-1 in the conference for the first time since 1996, when they won nine games and played in the Citrus Bowl.

Iowa: What a disastrous turn of events in Iowa City. Three weeks ago, fans were wondering if this was one of the most talented teams coach Kirk Ferentz has ever had. Now they're simply hoping to finish above .500 in the Big Ten.

Kuhbander's injury could have been bad news for Northwestern, as punter Jake Collins missed a 38-yard field goal that would have given the Wildcats a lead. Northwestern's offense covered for him, though, scoring a touchdown on its next drive.

With a 3-0 lead, Iowa attempted to pin the Wildcats inside their own 5 and Josh Turner was there to down the ball, but it rolled into the end zone anyway. After gaining decent field position from a touchback, Iowa cornerback Matt Hankins was flagged for pass interference that set up Bowser's touchdown run to give Northwestern its first lead.

Iowa plays at Illinois next week.