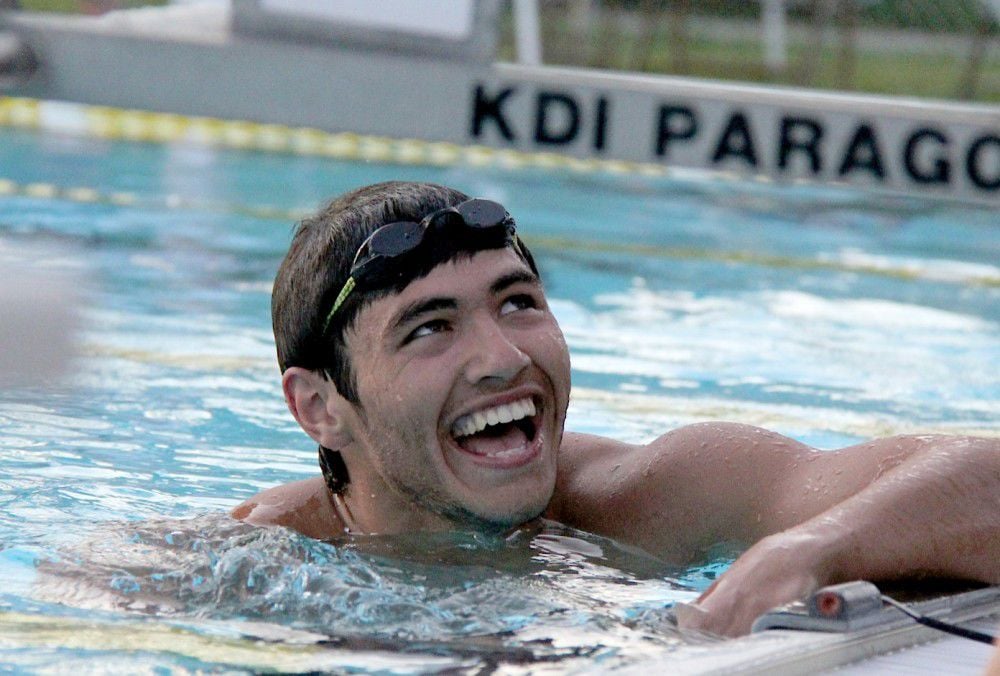 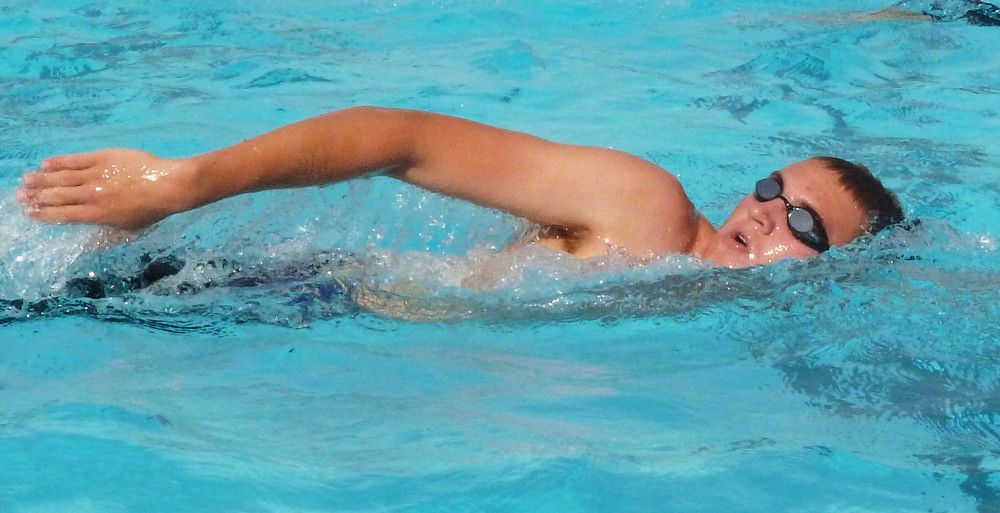 <p>Darin Headley practices the freestyle stroke at the Pendleton Aquatic Center last week. Headley is one of nine Pendleton Swim Association members who will compete at the Inland Empire Swim Championship in Spokane, Wash., which starts on Thursday.</p>

<p>Darin Headley practices the freestyle stroke at the Pendleton Aquatic Center last week. Headley is one of nine Pendleton Swim Association members who will compete at the Inland Empire Swim Championship in Spokane, Wash., which starts on Thursday.</p>

PENDLETON  Jacob Rickman had started swimming with the Pendleton Swim Association when his family moved to town when he was 5 years old but his athletic prowess pulled him from the pool. The early morning practice slots began to feel like a pain and football and baseball emerged as better options.

His skill was inarguable on the gridiron for the Bucks during his record-breaking sophomore year, but since then, fate redirected the 17-year-old to his original calling. A year and change removed from the sports shift, Rickman is back in the spotlight  this time as a swimmer  as one of nine PSA members heading to the regional Inland Empire Swim Championships in Spokane, Wash. this week.

The Champs, as the meet is referred to around the Pendleton Aquatic Center practice pool, get going Friday and run through the end of the weekend at Witter Pool in Mission Park.

Theres been some choppy waters along the way for Rickman. The running back left football after a pars stress fracture to a vertebrae in his lower back during a game in the fall of 2010. Swimming, an old standby, became part of the healing process.

I was talking to my doctors right after my injury about swimming as a kind of therapy for getting my back a little better, Rickman said. Id wanted to get back into swimming in high school and my back injury pushed me toward that.

After setting a school record with six touchdowns in a game in 2010, Rickmans accolades have continued to build up as a swimmer. Over the winter, he swam on the high school state championship 200-meter freestyle relay team. As a sprinter, Rickman placed fourth in the 200 meters during the state track and field finals this spring.

Its important that (you have other options) when you leave something that youre really successful at and you choose not to pursue that anymore, said Sara Rickman, Jacobs mother, on watching her son stay close to athletics.

Freestyle has always been the swimmers stroke of choice and hell be in a plethora of freestyle races at the Inland Empire meet. Rickman put up qualifying times in the 50, 100, 200 and 400 meters.

Certain movements in the other strokes, such as the dolphin kick associated with butterfly, still cause discomfort. In the wake of such a revelation, Rickman has become a bit of a freestyle specialist, he said.

Last year was just about staying in shape and keeping my back in it,?Rickman said of his first, full-time summer of swimming with the PSA in several years. I?had that focus again this year, but I also did really well in the Pendleton Invite and now Im going to the Champs.

He and eight other competitors are making the trip to Spokane, but few have been there before. Sam Schmitz, 13, hit the water at the Washington meet last summer for the first time and is coming back with an all-around approach to rival Rickmans specificity.

Shes lined up to compete in the 100 meters of all four strokes  freestyle, backstroke, butterfly and breaststroke  as well as another sprint, distance and IM race. The butterfly and freestyle are her two favorites out of all that because of their stark opposites.

I love doing butterfly because it relaxes me, Schmitz said of the strokes over-hand motion. But I also like doing freestyle because I?like feeling that fast in the water when I do it.

Schmitz has a younger swimmer following in her wake. Paige Ernst, 9, is the youngest PSA?member heading to this weeks meet, a distinction she also held last year. The butterfly, too, is Ernsts favorite to swim.

Im also a little bit nervous, but Ive done two Champs in my time, she said.

Most of the rest of the Pendleton field comes from the same family trees. The Rickmans are sending Nate and Colin to go with Jacob while the Headley family is looking at a trio of representatives as well with Janessa, Darin and Rylan all suiting up for the Inland Empire pool. Wrapping up the PSA?qualifiers is Layton Kirsch.

You asked, we answered: 8 key questions about the Wisconsin football team’s COVID-19 outbreak

Photos: A look at every Husker football game played on Halloween since 1970