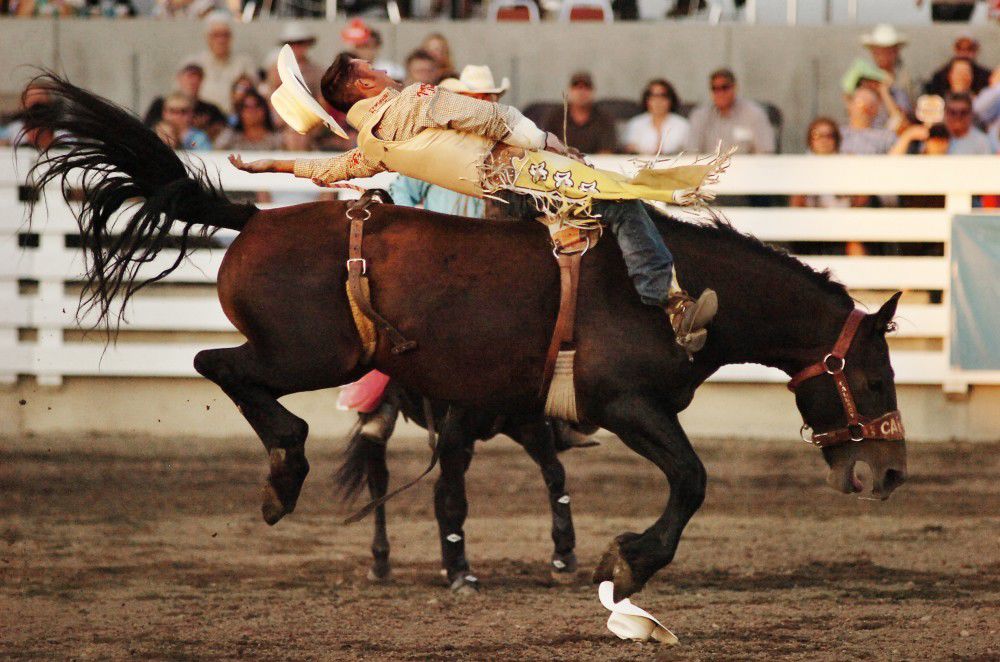 <p>Bobby Mote of Culver rides Licorice Baby for 82 points on Friday at the Farm-City Pro Rodeo in Hermiston.</p> 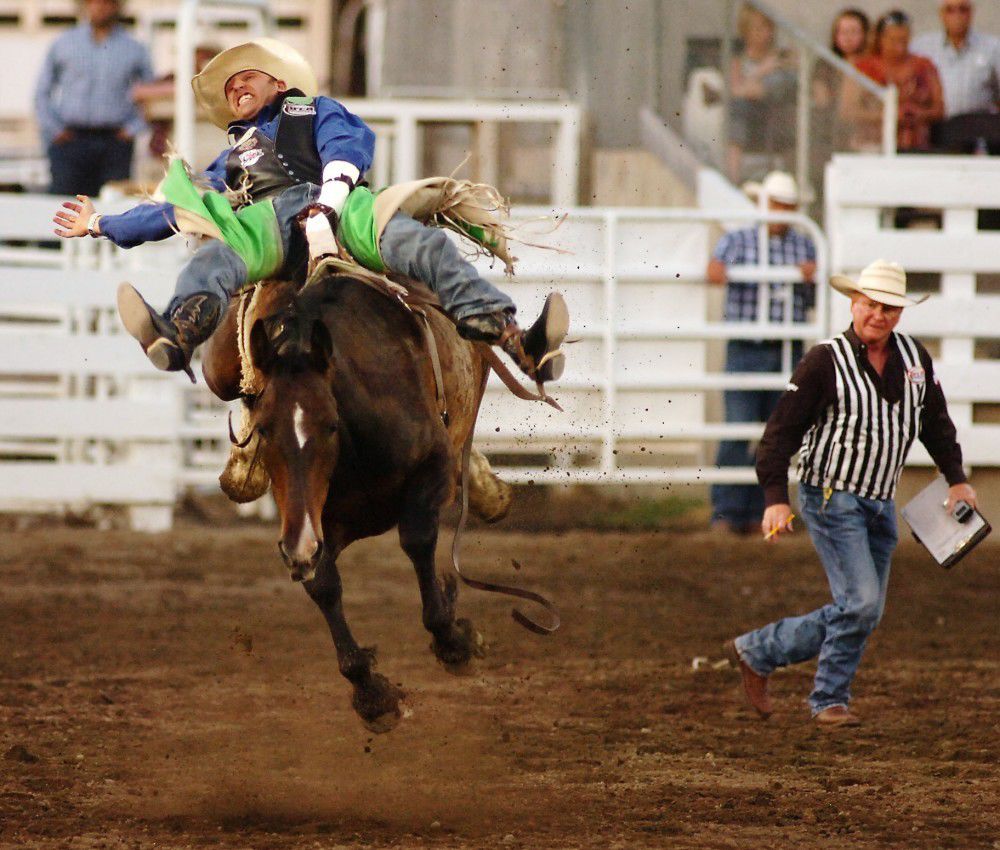 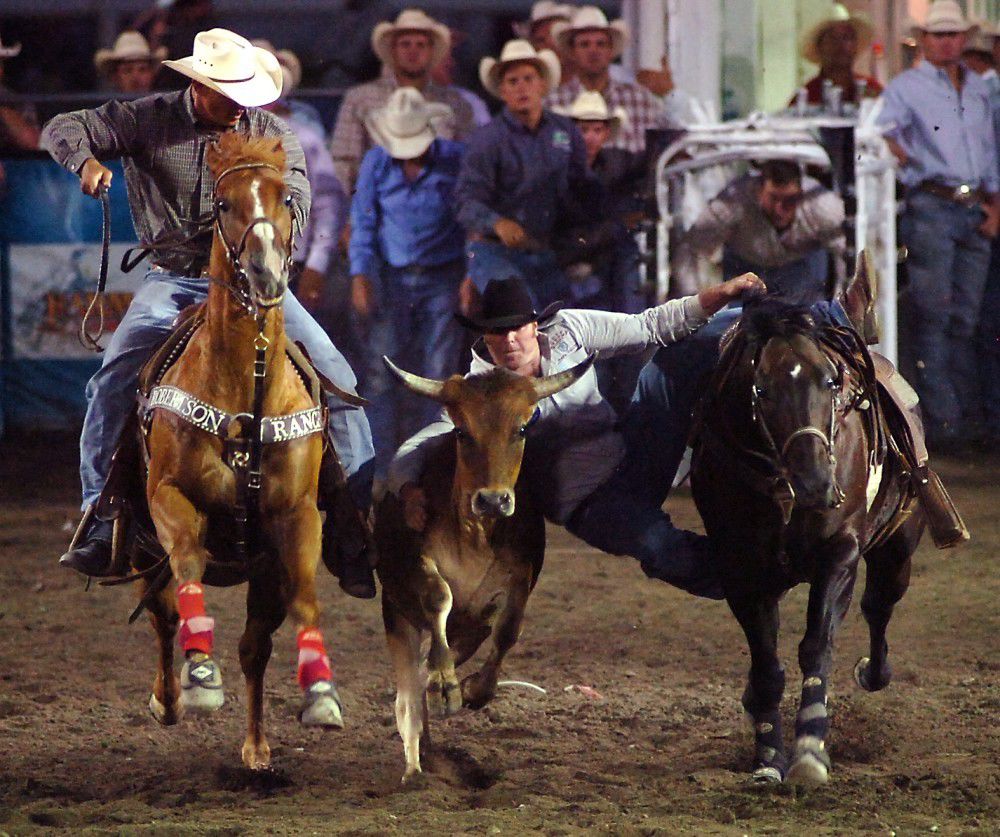 <p>Ethan Thouvenell of Napa, Calif., pulls down a 5.2-second time on Friday in steer wrestling at the Farm-City Pro Rodeo in Hermiston.</p> 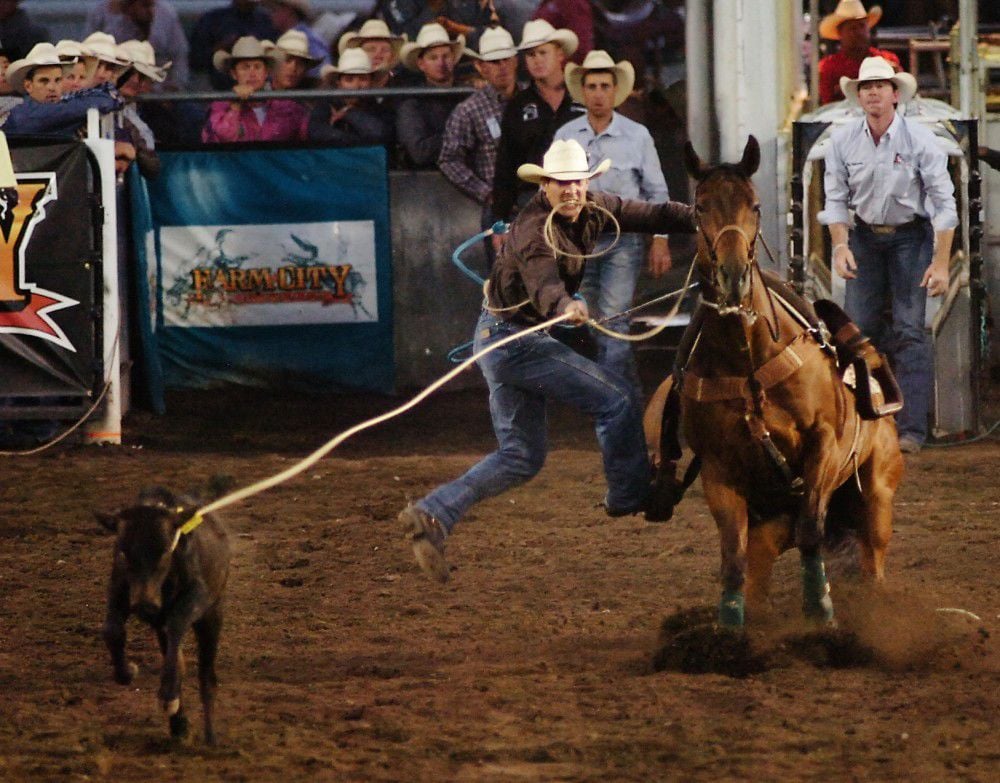 <p>Murray Pole competes in tie-down roping on Friday at the Farm-City Pro Rodeo in Hermiston.</p> 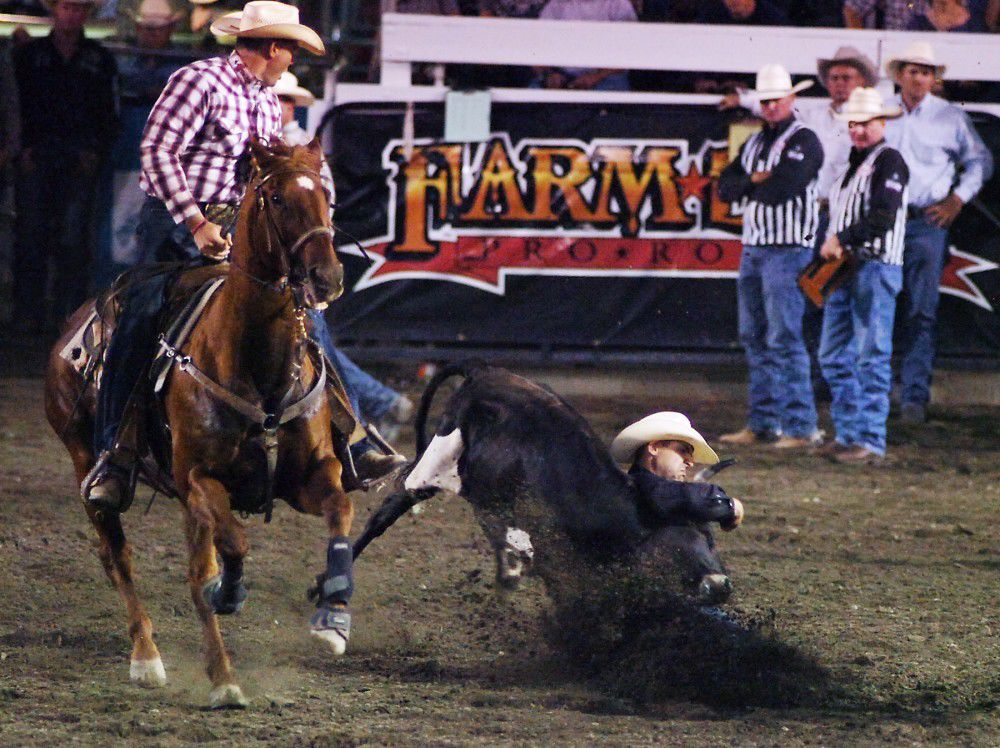 <p>Luke Branquinho of Los Alamos, Calif., tackles his steer in 4.2 seconds Friday in steer wrestling at the Farm-City Pro Rodeo in Hermiston.</p>

<p>Bobby Mote of Culver rides Licorice Baby for 82 points on Friday at the Farm-City Pro Rodeo in Hermiston.</p>

<p>Ethan Thouvenell of Napa, Calif., pulls down a 5.2-second time on Friday in steer wrestling at the Farm-City Pro Rodeo in Hermiston.</p>

<p>Murray Pole competes in tie-down roping on Friday at the Farm-City Pro Rodeo in Hermiston.</p>

<p>Luke Branquinho of Los Alamos, Calif., tackles his steer in 4.2 seconds Friday in steer wrestling at the Farm-City Pro Rodeo in Hermiston.</p>

HERMISTON  After two nights of championship caliber action at the 25th Farm-City Pro Rodeo, the competitors riding in Fridays performance had little room for error and could feel the swift breeze created by the fast closing window for getting into the big money.

That window really starts to put the squeeze on a cowboy when he comes up empty on his first attempt in Hermiston, which is right where steer wrestler Casey Martin found himself headed into the evenings main event.

Like most of the steer wrestlers featured Friday, Martin was left with one chance to earn some money in Hermiston  albeit go-round money and not aggregate.

Most people that wasnt good on the first one, theyve got to go hard on the second one and try to place in the round,?he said, adding he didnt really get a clean shot in his slack run. My hazer failed to do his job.

Everybody did their job in the performance round and Martin put the exclamation point on a run of quick times that saw three steer wrestlers get into the money for Round 2, for now at least.

He turned his steers hooves skyward in 3.9 seconds  .07 off the arena record.

Coming off his first Wrangler National Finals Rodeo appearance in 2011, Martin said his season hasnt been what hed hoped for as he entered Hermiston in 31st on the PRCA money list.

Hes hoping it will end with a bang, though, and not just because hed like to finish his season at the NFR?in Las Vegas. He and wife Shawna welcomed another son into the Martin clan less than a month ago.

When youve got kids at home youve got to win. Theyve got to eat,?he said of his family back in Sulphur, La.

None of the steer wrestlers on Friday were able to jump Jake Rineharts 9.8 in two runs from Wednesday but world leader Ethen Thouvenell did bump Stanfields Travis Carnine down the leaderboard by turning in times of 5.1 and 5.2 to move to second in the aggregate at 10.3. Carnine has 10.4 in third.

One athlete every cowboy would like to pass one of these days is Trevor Brazile, who is well on his way to winning a seventh-straight world all-around title.

It was dang sure an uphill battle,?he said.

He said although hes more than $90,000 behind Brazile in the all-around, somebody is going to have to beat him eventually and he figures to have as good a shot as any.

Ive won over three hundred thousand in a year before in one event, he explained. What do you think?

Saddle bronc riding leader Cain Riddles 87 from Wednesday also held, but Roy Johnson shimmied his way into the money with an 84 on Calgary Stampedes Fearless Warrior that tied him for third overall.

A?small piece of the Etna, Calif., riders heart belongs to Eastern Oregon after a college career that included a stint on the Blue Mountain Community College team. So where better for Johnson to get back in the saddle than Hermiston?

I know a lot of people around here so its kind of fun to do good, to place like this in Hermiston,?said Johnson, who is coming off a hip and groin injury. (My season)?was going pretty good and then I?got sored up and Im kind of just coming back off the injury.

This is kind of my first good ride Ive made since Ive been hurt so it feels good to kind of get back in the swing of things.

Tie-down ropings fastest time of the night went to Canadian roper Murray Pole with an 8.5. It didnt help him move past Monty Lewis 17.8 on two head from Thursday, but hes at least enjoying the local treats while hes in town.

Barrel racing got a new leader on Thursday when Jody Sheffield posted a 34.76 on her two runs. Fridays performance in the event occurred too late for inclusion in todays edition, but Mary Walker of Ennis, Texas, gave herself a fighting chance at taking over the lead with a 17.10 time in the afternoon slack. It was the fastest time of the week.

Also moving into the overall lead on Thursday were team ropers Paul David Tierney and Cody Doescher with 10.3 on two head.