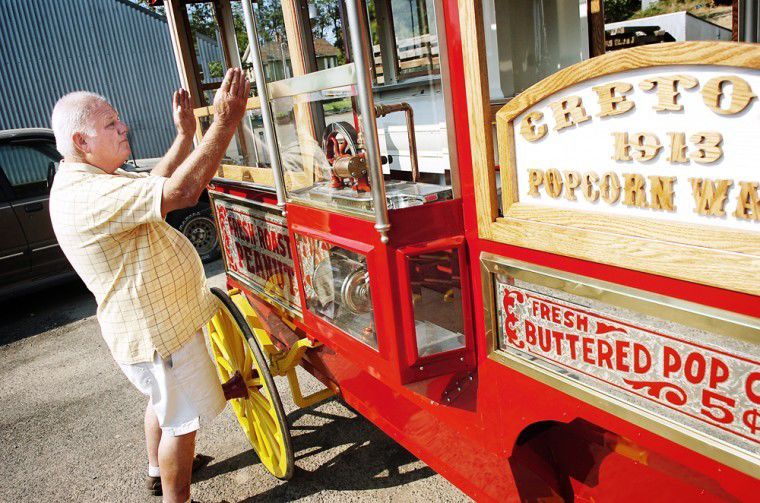 <p>Glenn Rohd gestures while talking about the work he has done restoring a 1913 era popcorn wagon recenly at his home near Echo.</p> 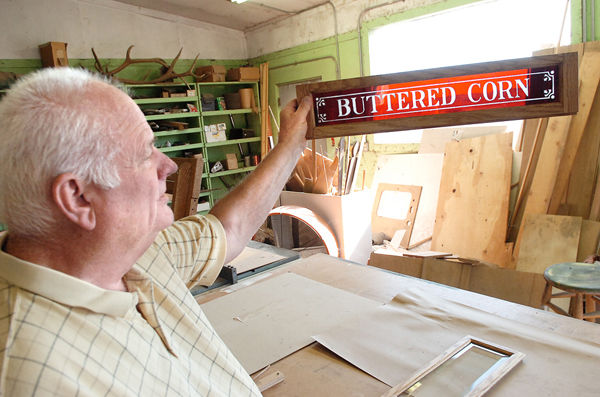 <p>Glenn Rohde holds up one of the stained glass windows for his 1913 era popcorn wagon that he is restoring.</p>

<p>Glenn Rohd gestures while talking about the work he has done restoring a 1913 era popcorn wagon recenly at his home near Echo.</p>

<p>Glenn Rohde holds up one of the stained glass windows for his 1913 era popcorn wagon that he is restoring.</p>

Glenn Rohde, 73, has a knack for making the old young again when it comes to antique vehicles.

The project began two years ago with the rusted metal frame of the wagon Rohde purchased in the Tri-Cities, Wash., area. The near-finished wagon today is a far cry from the bare, colorless structure once taking up space in Rohdes shop.

Nineteenth-century popcorn poppers cruised the streets like ice-cream vendors. The popcorn was made by putting kernels of corn into a kettle full of lard. When the corn popped after heating, it was skimmed off the top as it surfaced. Rohde said the wagon is missing its kettle and wont be popping corn. But, he added, the missing popper will not detract from the well-designed exterior elements.

He gives credit to his friends David King and Don Orton, both of Pendleton, for their assistance in the restoration process. Theyve contributed primarily to the wood and metalwork, among other things.

Their workmanship is wonderful, Rohde said.

King wasnt aware of the concept of a popcorn wagon before he lent a hand on the project.

Its really kind of a neat thing, King said. It was a meddle of talents.

The wagon is down to its finishing touches and is ready to roll, according to Rohde.

It was a bit of a challenge, but it was enjoyable, King said. He found his imagination a key factor in replicating woodwork on the wagon.

According to King, the wagon is structurally complete, but wont have its pinstripes painted along the outside in time for the parade.

Rohde said Kent Hansom of Boardman and his horse are lined up to pull the wagon through the parade. Because the Model C has no bench up front, the driver will direct the horse from inside the wagon. The reins wind into the wagon through an opening above the window located on the front.

Though this is his first time restoring a popcorn wagon, it isnt Rhodes first rodeo in restoration. Hes been working on antique vehicles since the 1950s; he harbors a collection of old vehicles and tractors in his garage and shops.

Ive done this all my life  anything mechanical, Ill work on it, he said.