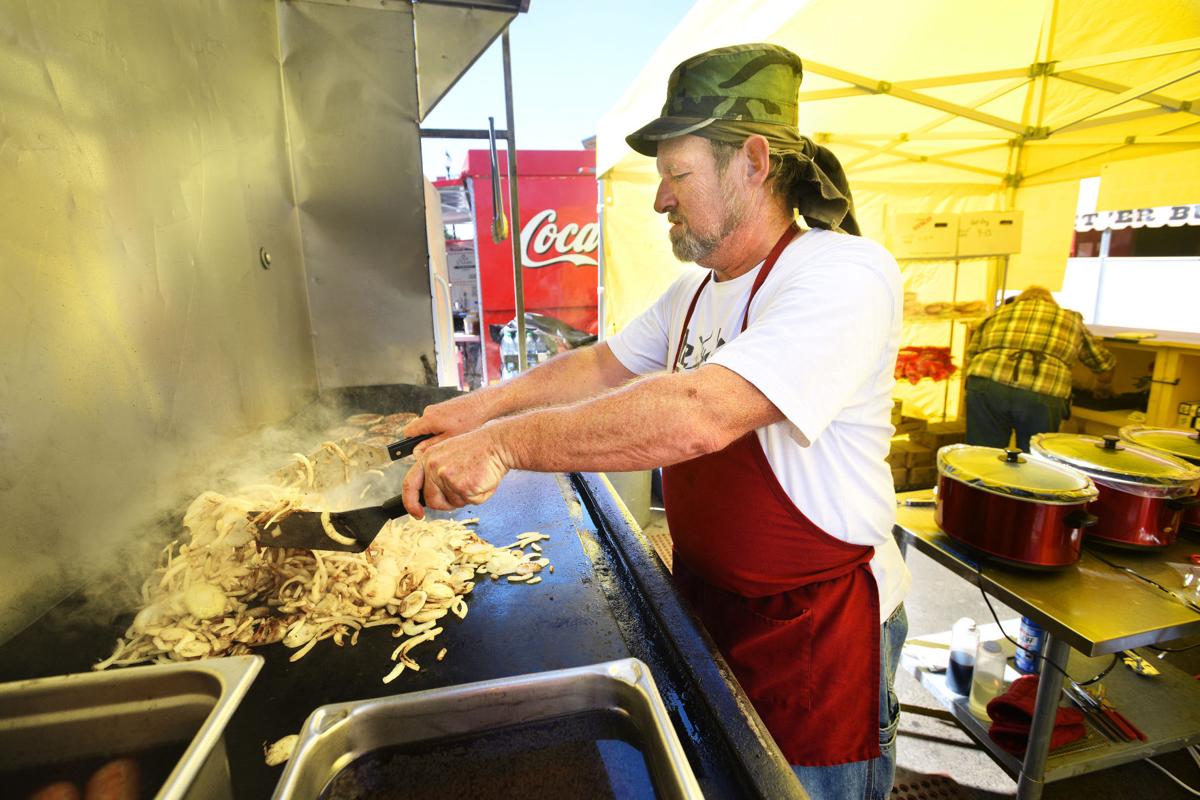 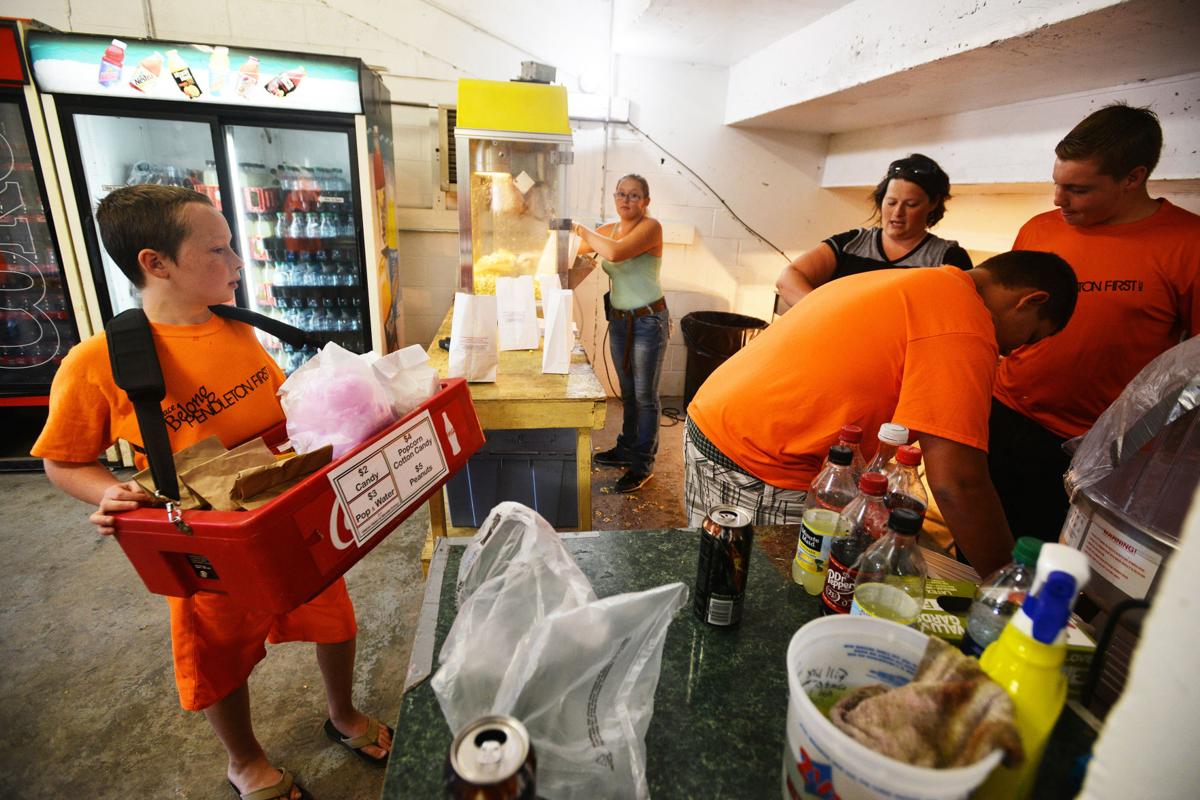 Josh Derrickson, 12, left, waits to load up on supplies to sell in the stands for the Pendleton First Assembly of God Church during slack at the Pendleton Round-Up.

Josh Derrickson, 12, left, waits to load up on supplies to sell in the stands for the Pendleton First Assembly of God Church during slack at the Pendleton Round-Up.

It wouldn’t be a rodeo without the burgers and beer. But in 1983, it looked like that might be the case.

Prior to that year, one professional service provider had a monopoly on all Round-Up concessions. When that service lost its liquor license in late August, the Round-Up Association was left without a way to feed hungry audiences. True to Round-Up tradition, the community rallied together. Civic groups and local chefs filled the walkways inside the stadium grounds, serving homemade goods that easily beat the professionals in taste.

“That first year they provided barbecued beef, sausages, enchiladas, hamburgers, tacos, corn dogs, pizza, gyros, souvlaki and barbecued chicken,” according to Beyond the Bull, the official Round-Up cookbook. Audiences loved the food, and the groups loved the funds they raised.

“I get 30 to 50 phone calls a week from people looking for a spot at the Pendleton Round-Up,” said Karl Faber, who oversees concessions for the board of directors. “We have to turn them away because we just don’t have space.”

For the civic groups, cooking for Round-Up audiences serves as a way to give back to the community.

“This is our biggest fundraiser of the year,” said John Taylor, a member of the Lions Club. The Lions have been selling an array of burgers and hot dogs at Round-Up since the beginning of the vendor era. The club provides hearing and sight aids, as well as financial support for local students and military families. “We never use the money we raise from the public for anything but the public.”

That sentiment is shared by the First Assembly of God Church. The church’s hand-dipped corn dogs are such a hit that some Round-Up attendees leave their seats in the North grandstand to visit the South grandstand booth.

Satisfying a mid-rodeo corn dog craving could help a local child get school supplies or provide furniture to a patient re-assimilating after drug rehabilitation. According to Wes Ducheck, who coordinates the church’s concession booth, all proceeds go to the church’s outreach ministries.

Nonprofit groups also find that working as a vendor brings some fun to fundraising, with volunteers getting the chance to see their neighbors from the heart of the rodeo social scene.

But really, it’s all about the post-rodeo impact.

“It’s even more fun when everything is cleaned up and done,” Taylor said.