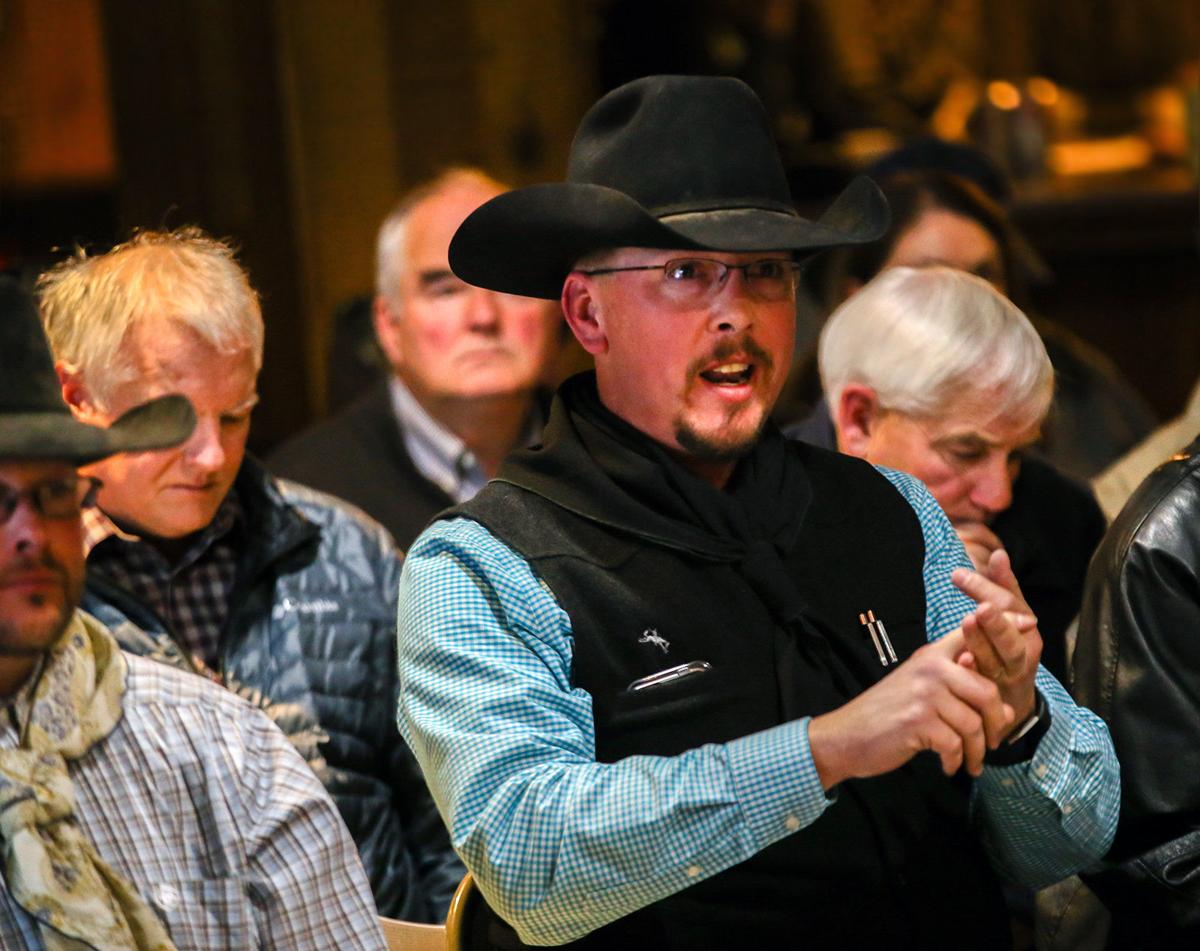 Longtime volunteer Thomas Grimes talks passionately during the annual Round-Up stockholders meeting about the importance of considering volunteer experience when selecting new directors. Grimes and some others at the meeting pushed for a minimum of five years. 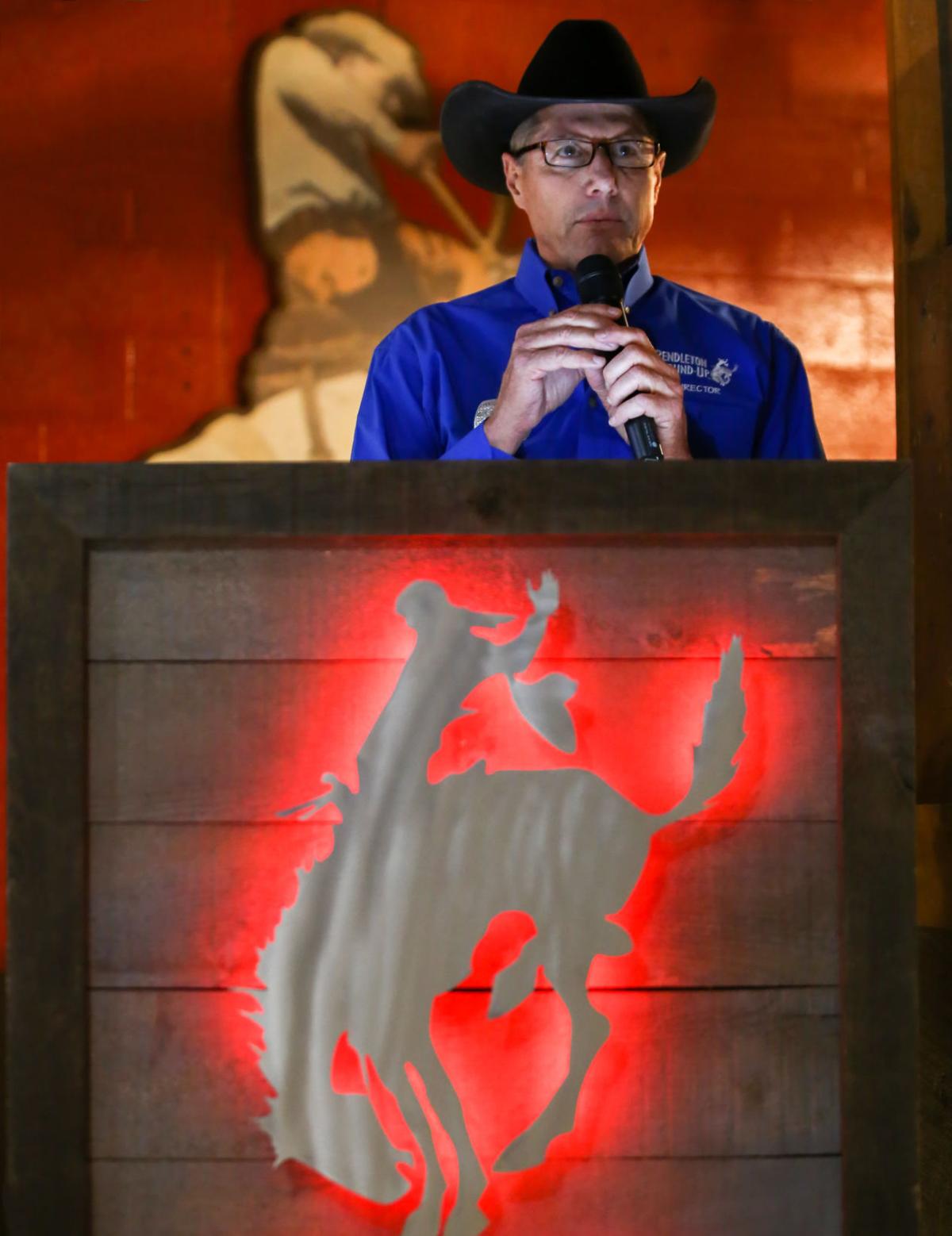 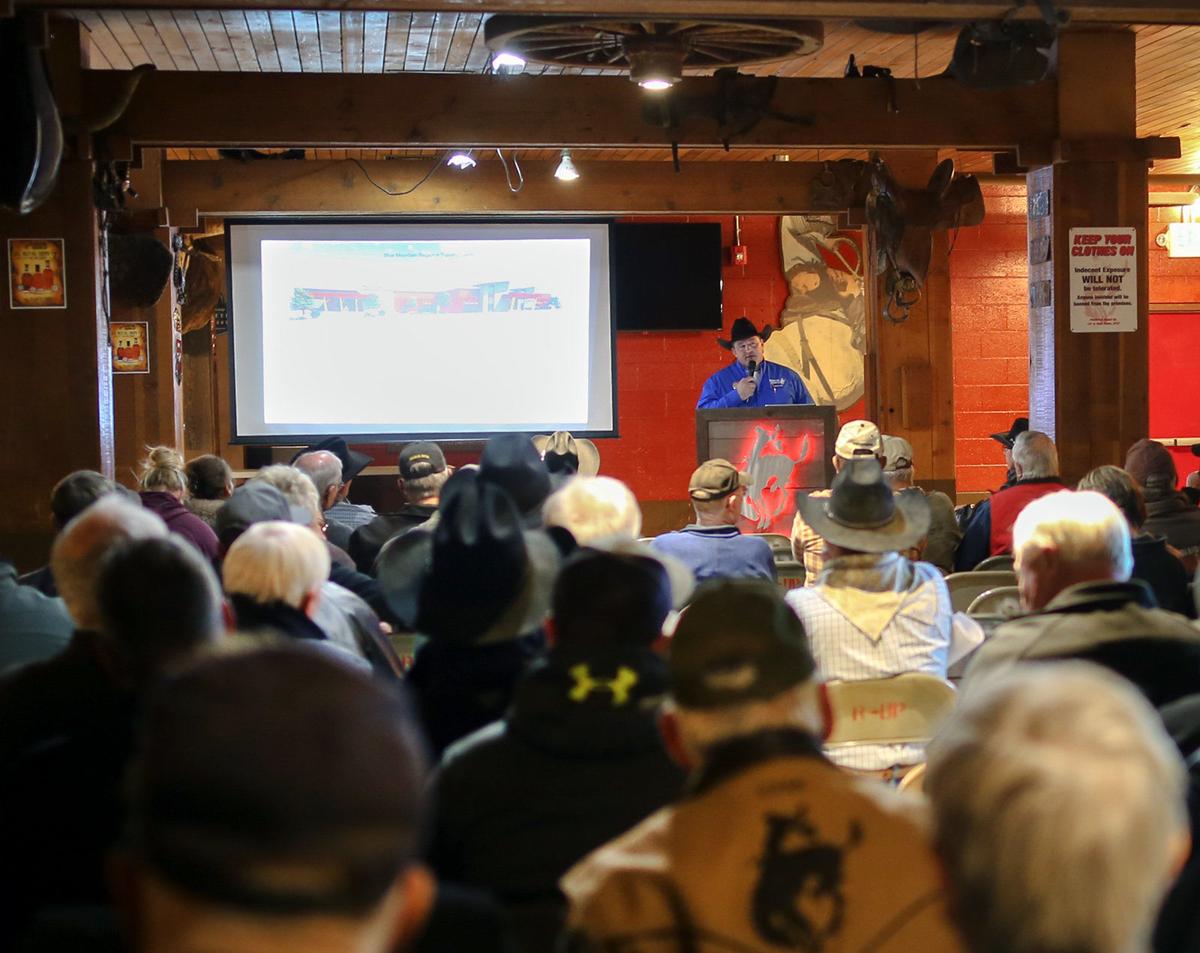 The annual Round-Up stockholders meeting held news of revenue records and awards, but also some disagreement on Tuesday night at the Let ‘er Buck Room. 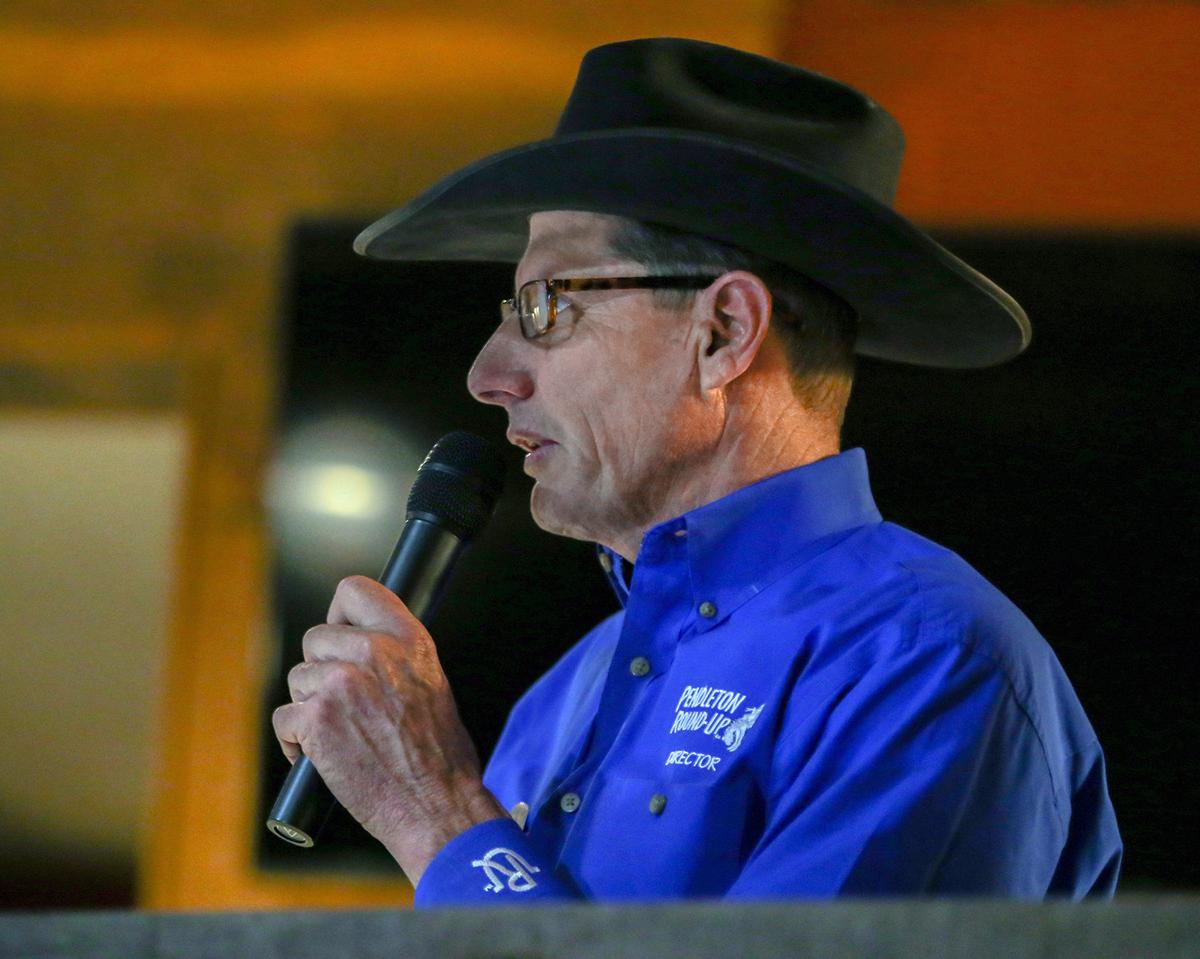 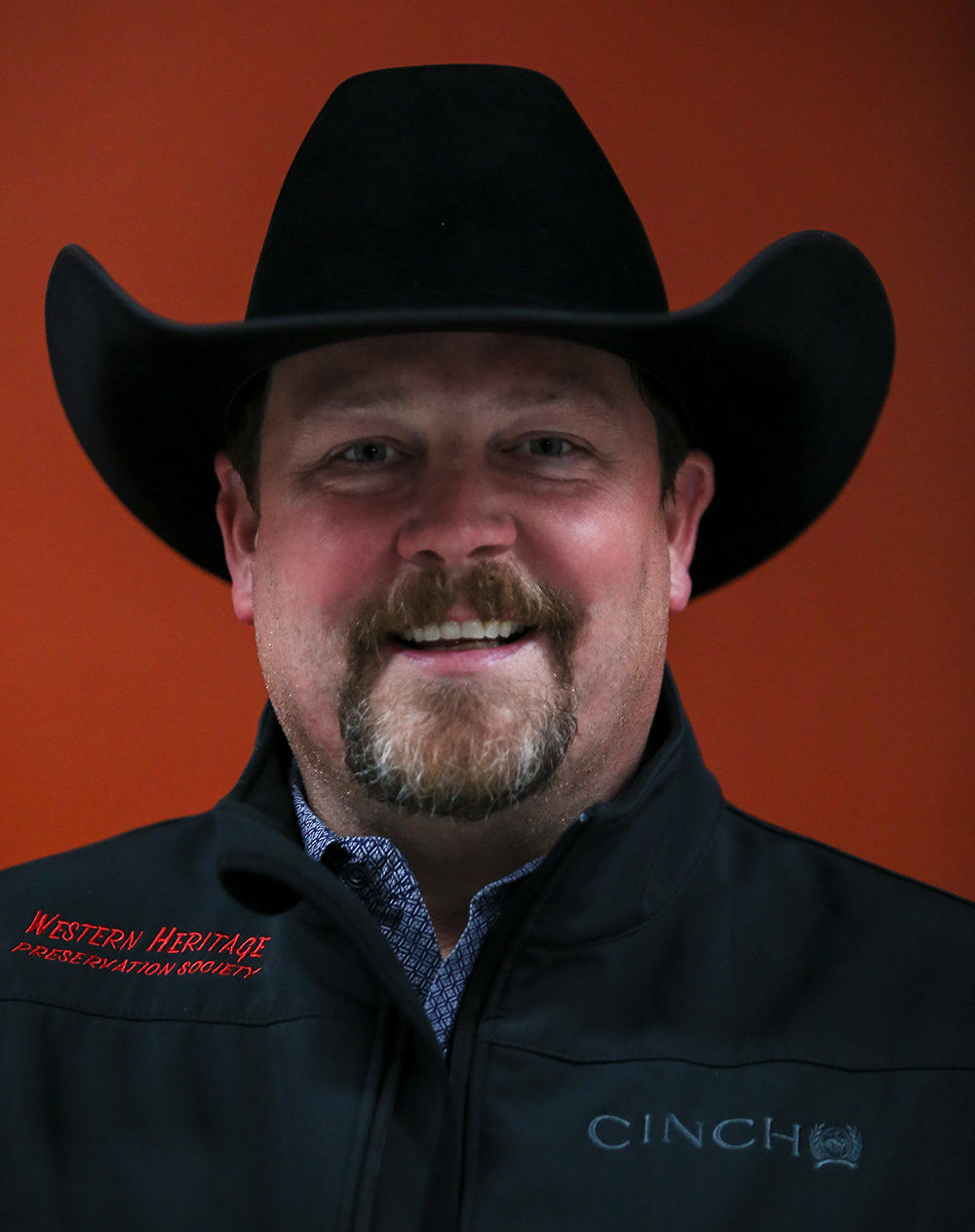 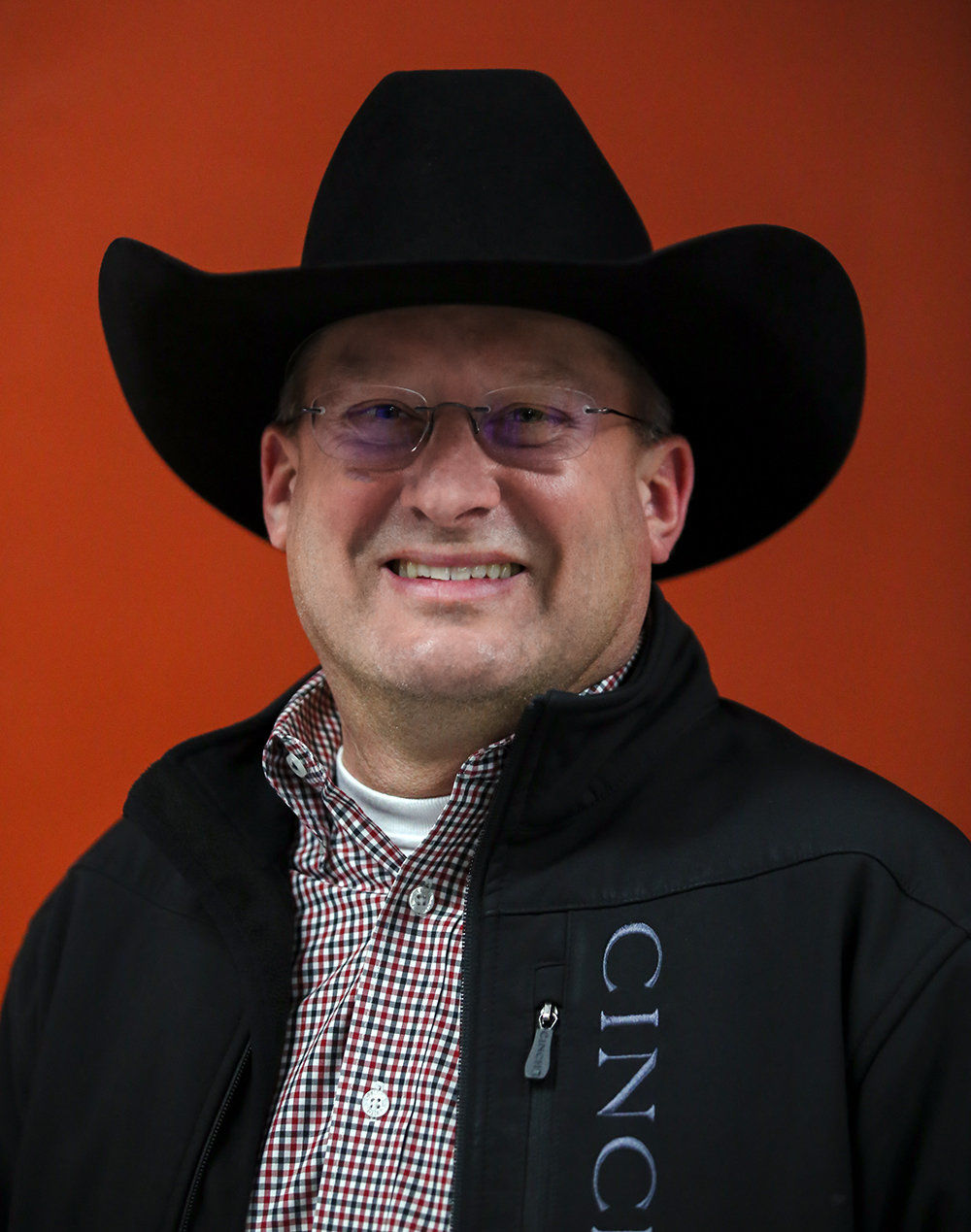 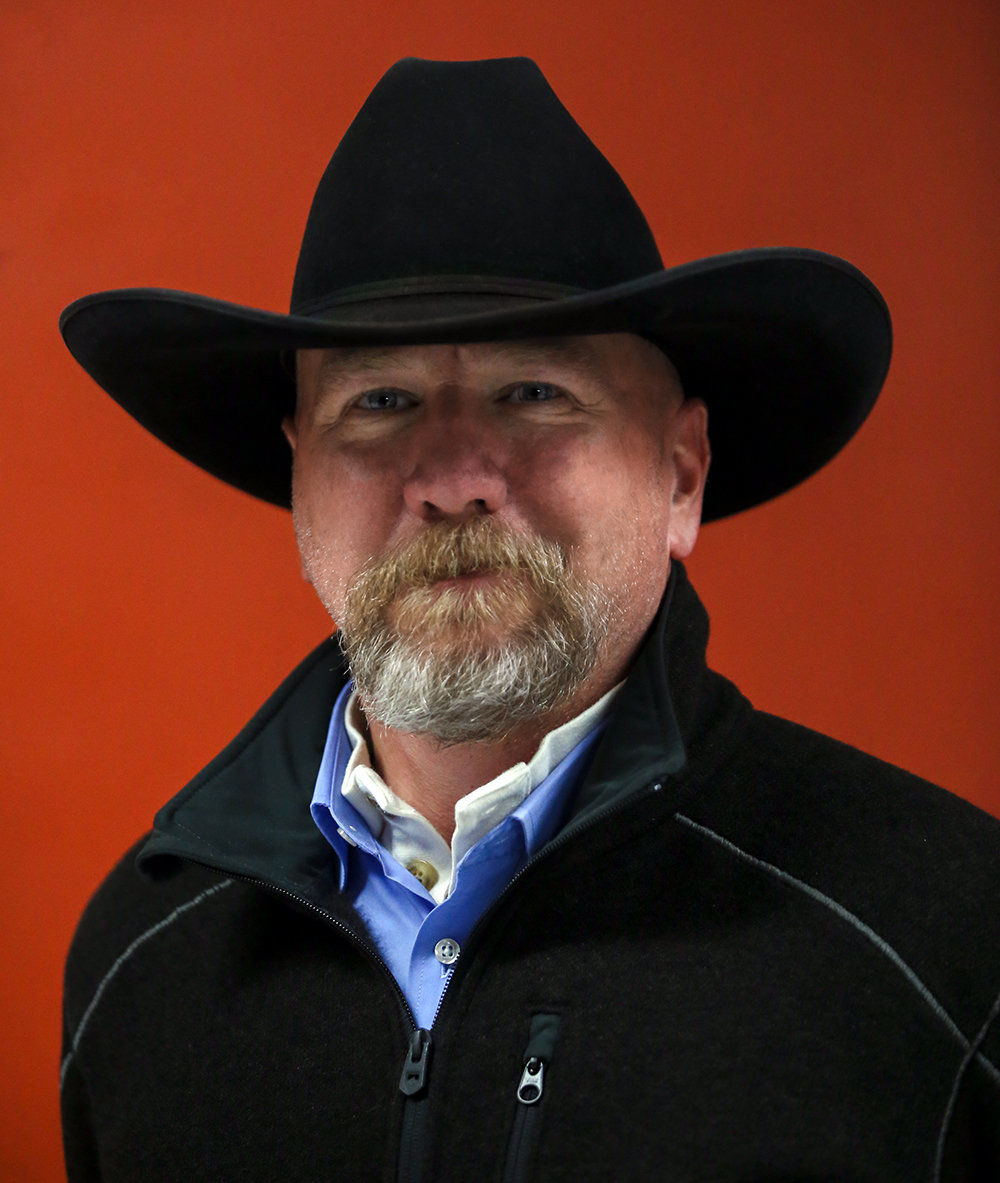 Longtime volunteer Thomas Grimes talks passionately during the annual Round-Up stockholders meeting about the importance of considering volunteer experience when selecting new directors. Grimes and some others at the meeting pushed for a minimum of five years.

The annual Round-Up stockholders meeting held news of revenue records and awards, but also some disagreement on Tuesday night at the Let ‘er Buck Room.

The Pendleton Round-Up is often described as a big family comprised of hundreds of volunteers.

Like any family, this one occasionally clashes, especially at large family gatherings such as the annual stockholders meeting.

Tuesday evening started out on a buzz. Round-Up Association President Dave O’Neill lauded the accomplishments of 2018. The rodeo was named Large Outdoor Rodeo of the Year (for the fifth time) by the Professional Rodeo Cowboy Association. True West Magazine awarded the title of Historic Rodeo of the Year. The rodeo learned this week it is a finalist in the Massey Ferguson Sowing Good Deeds Award.

Record sales gave evidence that the event has evolved into a smoking hot tourist destination. Stockholders had heard talk that the Round-Up had shattered revenue records over the past weeks, but now they gazed at actual hard numbers glowing from a screen.

“We had a banner year,” said Jason Graybeal, director of office and administration.

In addition, the Round-Up’s three hard liquor bars also did a brisk business.

The Round-Up’s footprint is expanding. The organization bought the former Albertson’s property across the street to house increased retail space, administrative offices and a ticketing area. The Round-Up also purchased additional property that may eventually house an arena and classrooms used by Blue Mountain Community College students and rodeo team.

The 100-or-so stockholders seemed jazzed about all of that. The numbers were strong and the Round-Up’s future looks bright.

When the bylaw revision committee stepped up, however, to give its report, the mood darkened. Leader of the committee, Round-Up Director Nick Sirovatka, asked stockholders to approve revisions that the nine committee members had spent many hours hashing out. One of the changes concerned the selection of new directors. Gone was a provision that directors must be selected from the pool of stockholders. Instead, a nominee must have served a minimum of one year as a Round-Up volunteer. There was a caveat — the requirement could be waived by unanimous vote of sitting directors.

Some of the stockholders, viewing the move as a slap in the face to volunteers who aspire to directorships, supported a minimum of five years of volunteerism instead of one. Thomas Grimes, a 33-year volunteer, read a letter he had earlier submitted to the bylaw revision committee.

“We simply cannot have this process marred by secrecy and backroom politics,” Grimes said. “It has become apparent that sitting board members are nominating people solely for the purpose of advancing their own ambition and agenda. They nominate their friends or people who will in turn support or vote for them when they want to be president. As important as this event is to the community, we can simply not afford to have a good ol’ boys club.”

Grimes’ words ignited a flurry of comments from around the room. Committee members admitted they’d had heated conversations about the topic and had narrowly agreed on the one-year minimum by a vote of 5 to 4.

“This committee wrestled with it back and forth,” said former Round-Up president Randy Severe, who backed the five-year minimum.

Former Round-Up director Carl Culham asked stockholders to consider another version of the bylaws, one that called for five years of volunteerism, along with 11 other changes. He passed out five-page documents to attendees and described each amendment. Stockholders eventually voted down Culham’s suggestions, though 27 people raised hands in support. Finally, the stockholders approved the committee’s recommended slate of bylaws.

The group went on to approve O’Neill for another year as president, along with a trio of new directors who bring varying levels of volunteerism.

Pat Reay, executive director for the Port of Walla Walla, will serve as publicity director. Kevin Jordan manages a team of lenders at Old West Credit Union in Pendleton. He will direct office and administration for the Round-Up. Harper Jones, a Pendleton dentist, will serve as liaison with the rodeo’s Indian events.

After the meeting, Grimes said he had come to terms with the outcome.

“We all came here tonight as stockholders and directors to make the Round-Up as good as it can possibly be and I think we accomplished that tonight,” Grimes said. “Not everybody agreed, but we all agreed that we’re moving forward. We cleared the air.”