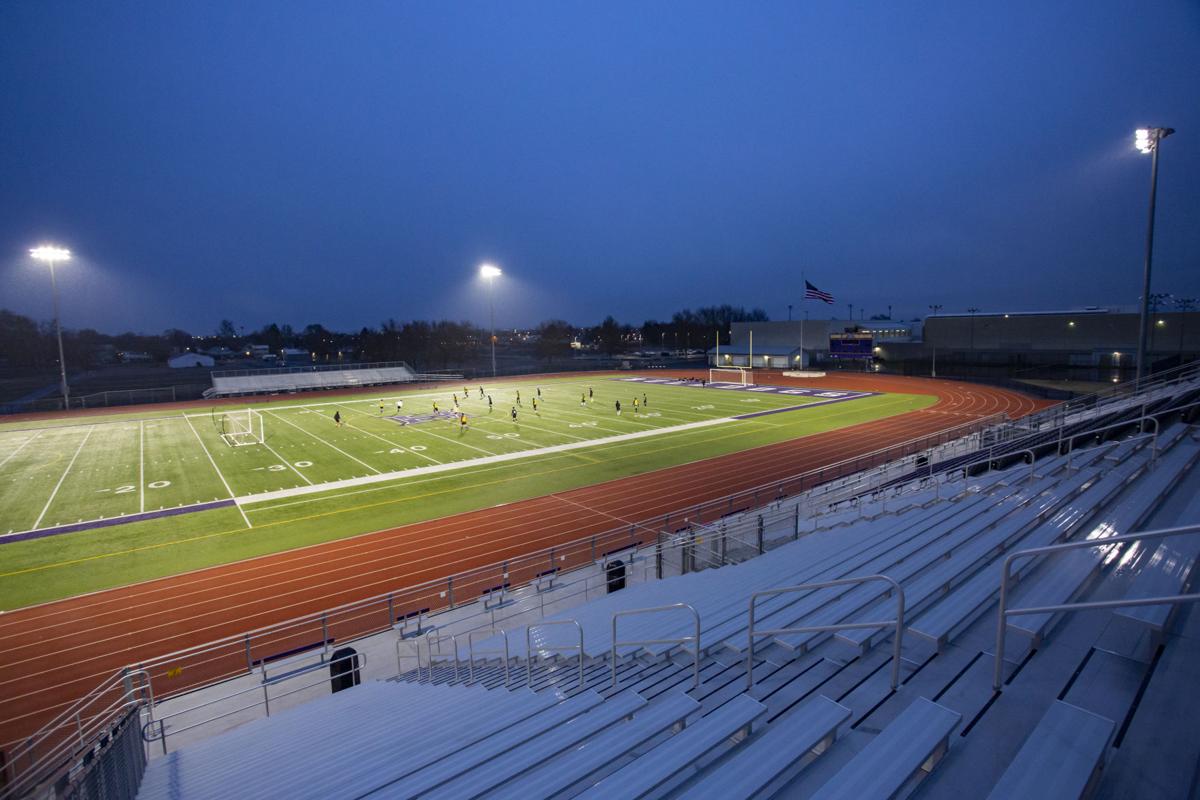 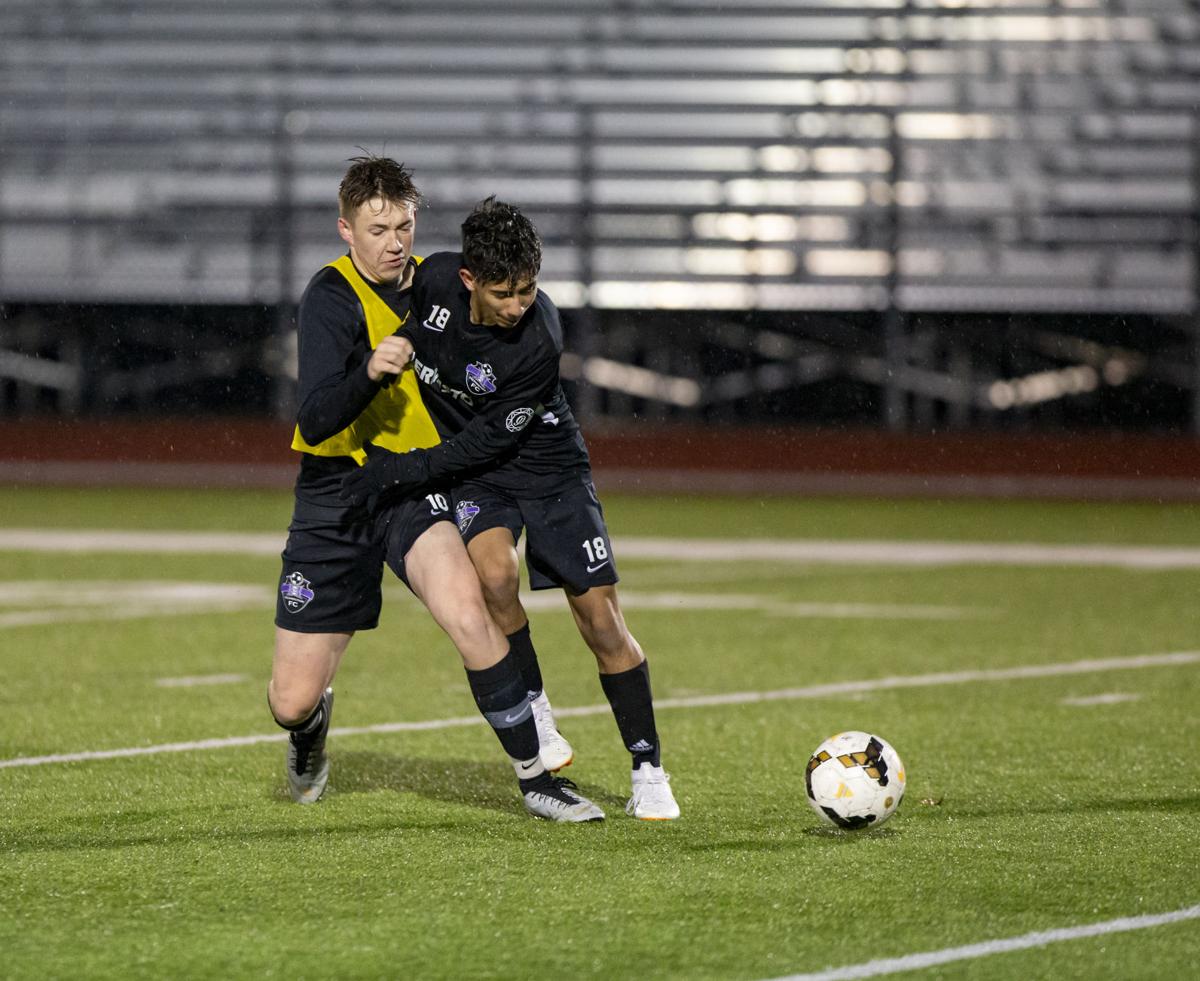 Hermiston’s Ben Vander Stelt, left, and Isaiah Jimenez struggle for control of the ball during a scrimmage at Hermiston High School Friday night. The team, as well as others throughout the region will halt practices and competitions amid school closures in response to COVID-19.

Hermiston’s Ben Vander Stelt, left, and Isaiah Jimenez struggle for control of the ball during a scrimmage at Hermiston High School Friday night. The team, as well as others throughout the region will halt practices and competitions amid school closures in response to COVID-19.

The first-year Irrigon baseball coach had the field prepped and ready for his players. The past two weeks, the Knights put in the work and were getting ready for the their first game on March 18 at Pilot Rock.

After Oregon Gov. Kate Brown shuttered every school in the state for two weeks Wednesday night, the Knights will have to wait.

“We aren’t allowed to practice or anything,” Vera said. “Yesterday before practice, I told them what was going on. They were disappointed. They want to play.”

In line with the governor’s announcement, the OSAA has suspended practices and sporting events for all member schools through March 31 in a move to slow the spread of coronavirus.

The OSAA said it is working with several state agencies to determine when, or if, it will resume the spring season.

“It’s heartbreaking for a lot of athletes,” Vera said. “Matthew is heartbroken. He keeps messaging me. He hopes the session doesn’t get canceled. We just have to stay motivated and stay together.”

Pendleton baseball coach T.J. Haguewood said he texted his players Friday and let them know that for the next two weeks there will not be any organized practices.

“Everyone understood,” Haguewood said. “The kids have been practicing for two weeks. You take two weeks off and you lose all of that. It’s frustrating in that sense. You hope they go out and do things on their own.”

The one indoor baseball/softball facility in Pendleton — the Pendleton Practice Facility — is owned by the school district, and cannot be used during the shutdown.

“The plan right now, if things work out that way, would be to begin our athletic programs once the mandated down period for schools in Oregon is over on April 1,” Usher said. “We will provide more information as we move forward.”

Usher said he knows the coaches and athletes are disappointed.

“I am very sad for our students, especially our seniors who are having their last seasons in a Bulldog uniform affected and possibly cut short,” he said.

With Hermiston competing in the WIAA, it is not known what the athletic schedules will look like in the coming weeks.

During the two-week shutdown, Usher said all Hermiston School District facilities will be closed.

Local high schools aren’t the only ones seeing their spring schedules shortened.

Blue Mountain Community College will be suspending all practices through March 31, and the Northwest Athletic Conference has suspended spring sport competitions until April 13.

“We will update everyone and post more information when it becomes available,” Hillmick said.

Also canceled Friday was the annual Buckaroo youth baseball camp that was scheduled for March 21 in Pendleton.