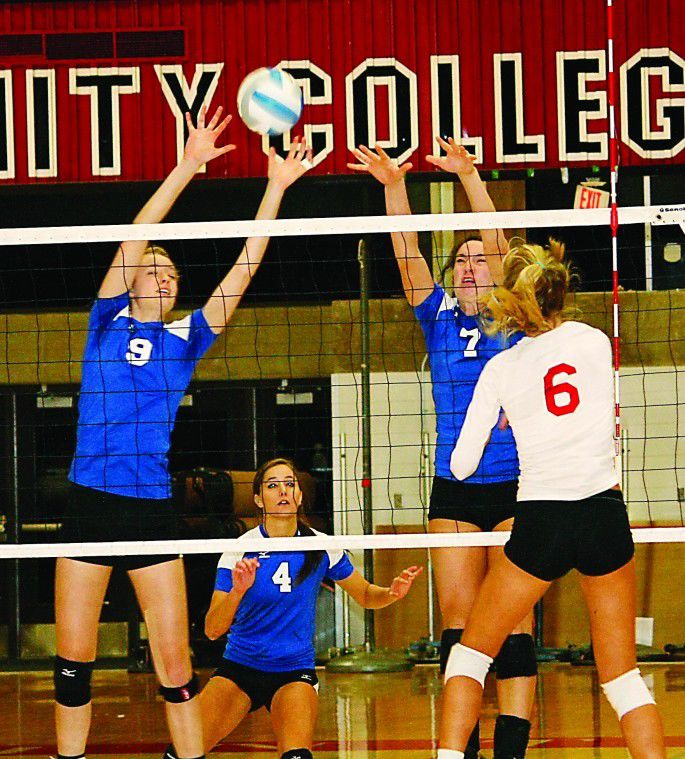 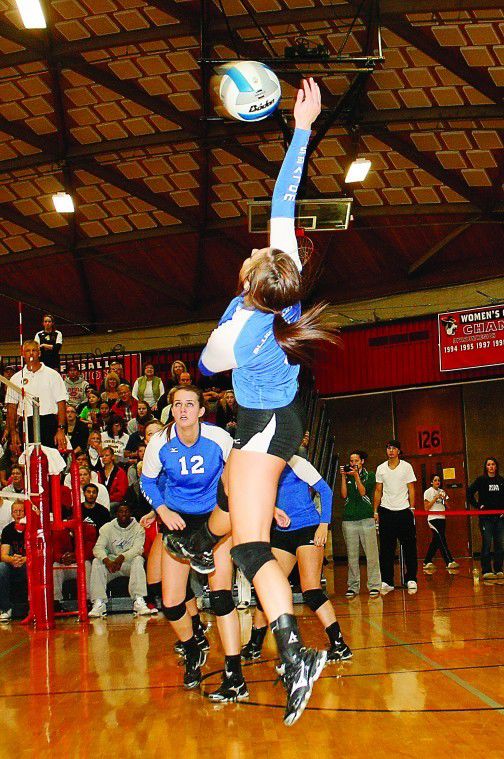 Blue Mountain's Rebecca Haight goes for a hit as teammate Becky Kershner looks on Sunday in the NWAACC volleyball championship in Gresham. 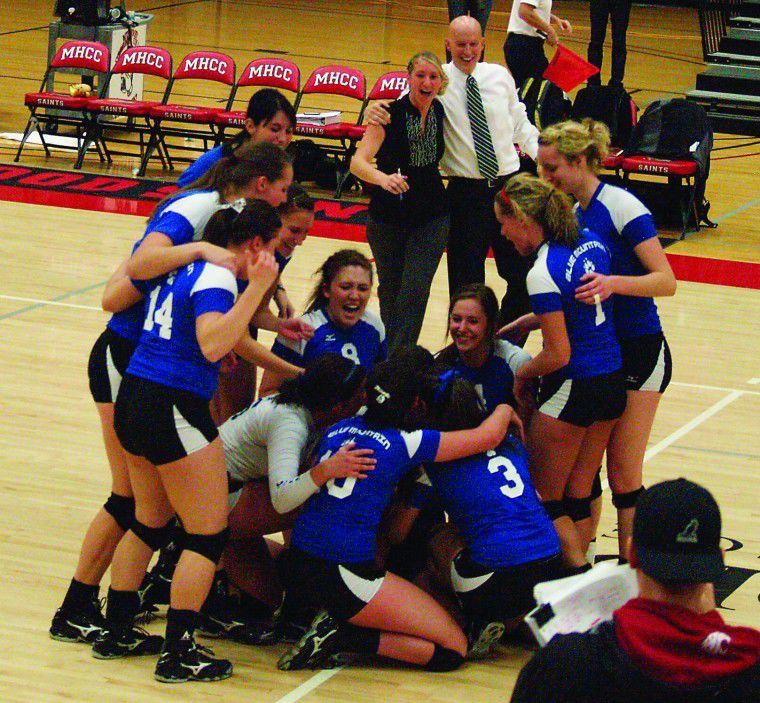 Blue Mountain volleyball coaches Dave Baty and Lindsay Scott join the players on the court in celebration after winning the NWAACC championship. 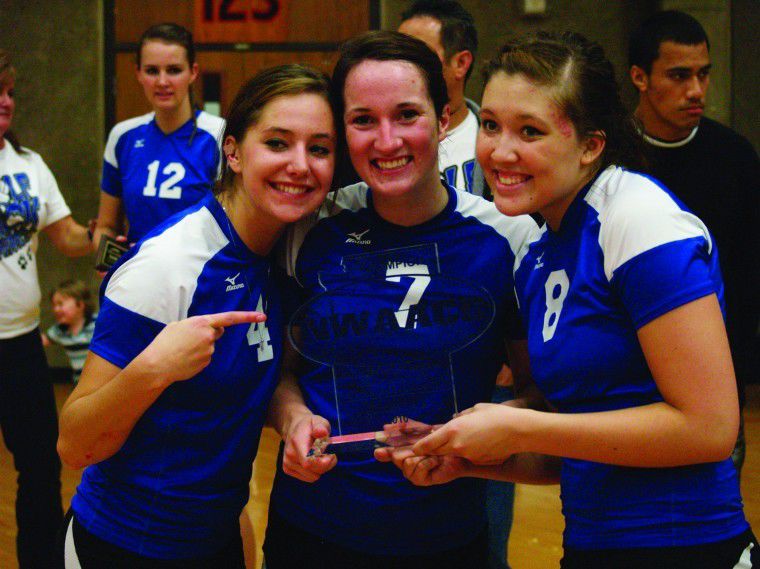 Blue Mountain's Rebecca Haight goes for a hit as teammate Becky Kershner looks on Sunday in the NWAACC volleyball championship in Gresham.

Blue Mountain volleyball coaches Dave Baty and Lindsay Scott join the players on the court in celebration after winning the NWAACC championship.

Saints hitter Demi Belsche described it as life or death and Timberwolves sophomore KC Schmit was prepared to run out of the gym if her team lost.

Im the happiest Ive ever been in my life, said BMCC sophomore and tournament Most Valuable Player Rebecca Haight after the dramatic victory. My niece and nephew being born  this is the same exact feeling  its the most amazing thing in the world.

Blue Mountain entered the championship undefeated in the double-elimination tournament, meaning Mt. Hood needed to win two matches for the title. The Saints handed the top-ranked Timberwolves a heartbreaking 25-22, 25-16, 22-25, 21-25, 16-18 loss, forcing the single-game deciding match with the East Region champions.

Defensively for Blue Mountain, libero Mary Allen topped the charts at 28 digs in the five-game match. Emily Yost notched 4.5 of her teams 14 blocks  a performance inspired by Haight, who told her middle blockers, If you block, we win.

In the final three games, Mt. Hood decided it got pushed around enough, and Blue Mountain looked like a team scared to reach its goal.

Devan Belshe punished the Timberwolves with 23 kills to lead all hitters, as did Kyra Speer, adding 20 of her own.

We talked about winning one game between our ears, Coach of the Year Dave Baty said of his team after dropping the match. It was very clear that Mt. Hood was there to win and we were not; we got scared of losing.

Blue Mountain had 30 minutes to regroup before meeting Mt. Hood in the winner-takes-all single-game match to 25 points. Baty marked the words do not be afraid to win on a whiteboard adjacent to the championship court.

The 43-6 Timberwolves took their coachs words to heart, coming out fearless in the deciding match. They took a 1-0 lead, never looking back despite a scary six-point Mt. Hood run to close within three points, 23-20.

Blue Mountain also proved that it deserved the No. 1 NWAACC ranking it held all year. The schools first volleyball championship came in just its fourth appearance in the tournament.

Every kid played a part of this far beyond themselves, Baty said. It took the whole to get it done and Im lucky to coach these kids and to get the chance to coach at all. That doesnt escape me.

Becky Kershner credited team chemistry for Blue Mountains success, as did her teammates.

Were all like sisters, she said. Theres no arguing between any of us, we all just love each other and that makes it all the more special.

On the other side of the net, Mt. Hood coach Chelsie Speer and the Saints were devastated.

I felt like we gave everything we got to come back to five and win, Mt. Hood outside hitter Natalie Dwight said. Its really disappointing  its just unbelievable. I dont even know words to say the pain.

Speer was equally emotional after falling for a second-straight year in an NWAACC championship match.

Ive never seen as much heart in a team, and to fight back from being down two games  theres nothing else they could have done, Speer said.