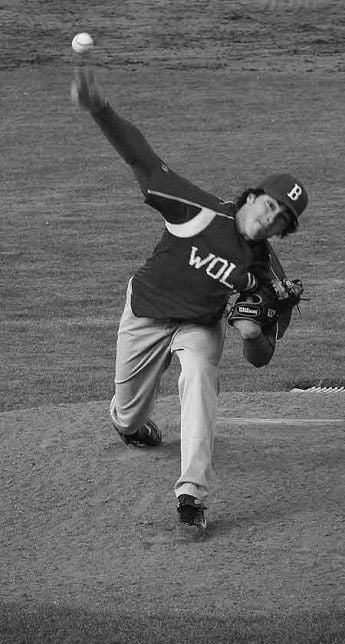 PENDLETON?- The Blue Mountain Community College baseball team continued its even start to the season with another split Saturday.

This time it was the Timberwolves that fell in the opener to Pierce College after a big ninth by the Raiders gave them an 8-2 win. But the T-Wolves came out with strong defense in the night cap to take a 4-1 victory.

"We started off slow the first game and didn't have very much intensity,"?said BMCC?shortstop Deren Jones, who hit a RBI?double in Game 2. "The second game we came out did what we needed to do. ... I thought the second game (Pierce) had better pitching than the first game, we just weren't ready to hit the first game."

Blue Mountain trailed just 3-2 headed into the final frame of Game 1, but started the top of the inning off with two walks and three hit batters. Then Pierce slugger Derek Kaaiwela brought two more across home plate with a double, followed by an Andrew Jacobsen RBI?single. Kaaiwela also hit a home run in the game and added another double in Game 2.

"Our relief guy came in and he just didn't throw strikes,"?said BMCC associate head coach Ryan Brisby. "He just didn't give us a chance. For the most part our starting pitching has kept us in the game."

Pendleton product Logan Whitten got the call to start the night cap for the T-Wolves (3-3). Despite giving up 10 hits, Whitten was able to hold Pierce to one run and left after seven innings with a 4-1 lead. He finished the game with four strikeouts and two walks.

"I?left the ball up a few times and got driven pretty hard to the center fielder (Alex Doherty) a few times. He ran the ball down very well and helped me out quite a bit," Whitten said. "No errors makes the game go so much faster, everybody has more confidence and we'll all play better."

Pierce looked like it would make another big run in the ninth inning after BMCC?reliever Tyler Tibbets allowed the first two runners to reach base, but the Dufur native shut the door with a foul out and two strikeouts to earn the save.

The T-Wolves continue to look for that first sweep and were unsatisfied with their 11 hits and six runs on the day.

"We're just too passive at the plate right now,"?Brisby said. "We've just got to be aggressive. That first pitch fast ball, we've got to get on it."

The T-Wolves will take on Tacoma Community College today in a double header that starts at 11 a.m. in Pendleton.

Celebrating Husker fans through the years