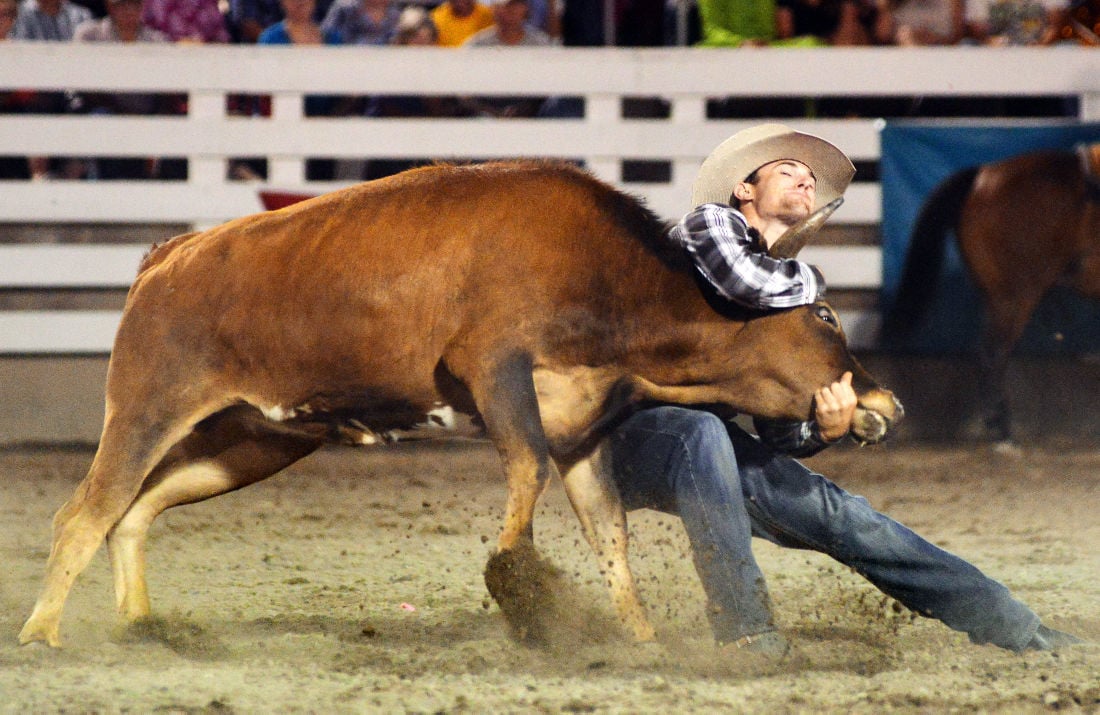 <p>Staff photo by E.J. Harris Taylor Gregg of Touchet, Wash., pulls down a 6.5-second time on Wednesday at the Farm-City Pro Rodeo in Hermiston.</p> 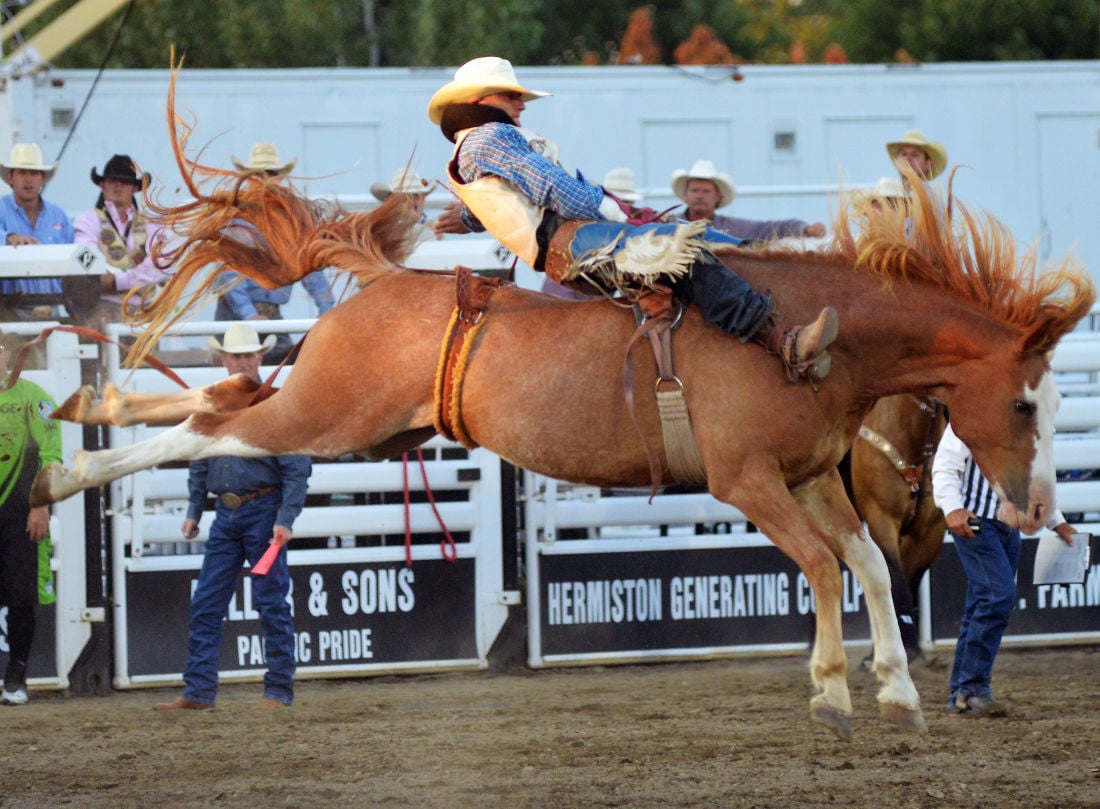 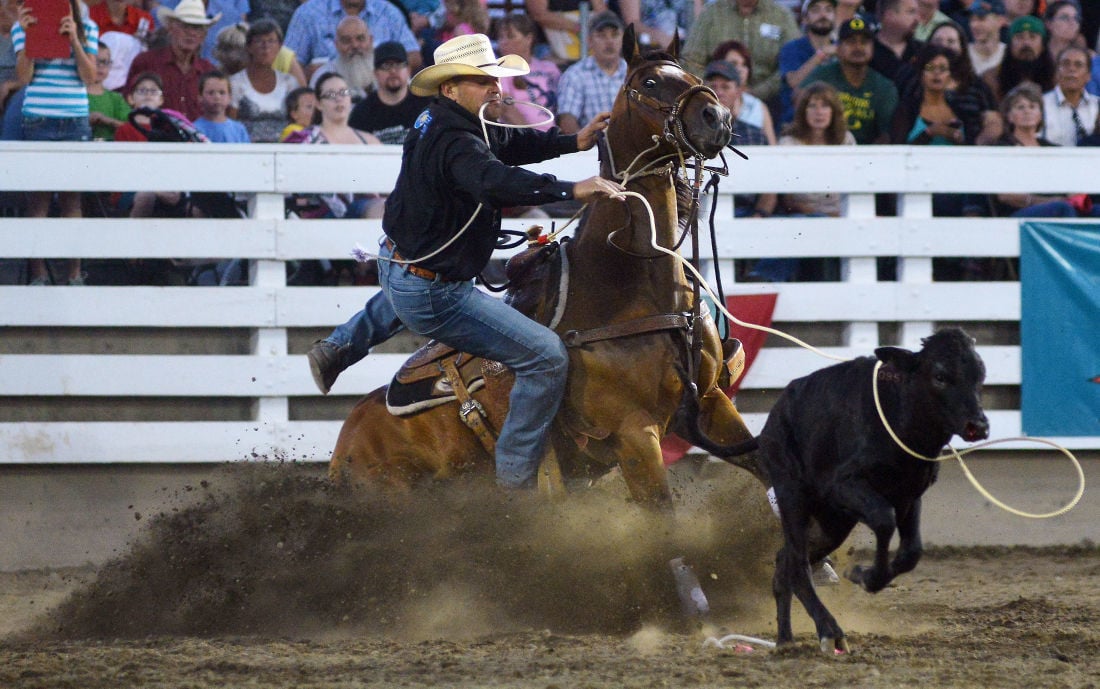 <p>Staff photo by E.J. Harris Cody Ohl of Hico, Texas, ropes his calf in 9 seconds in the tie down roping Wednesday at the Farm-City Pro Rodeo in Hermiston.</p> 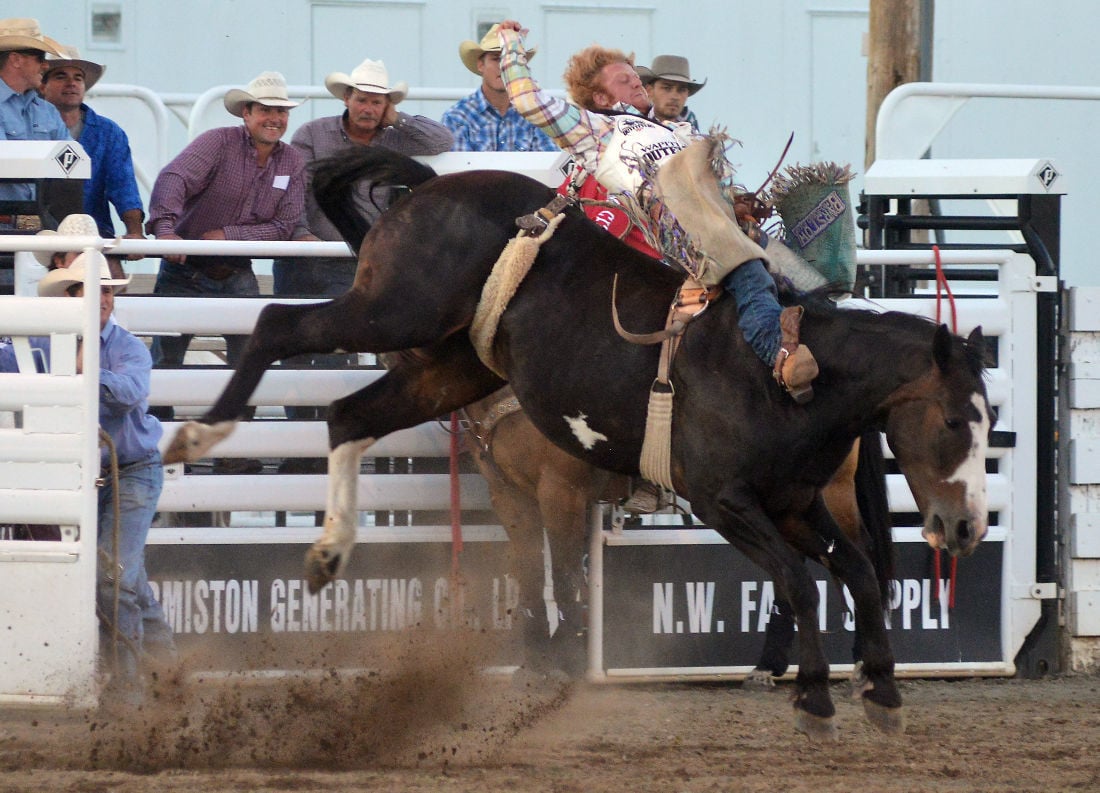 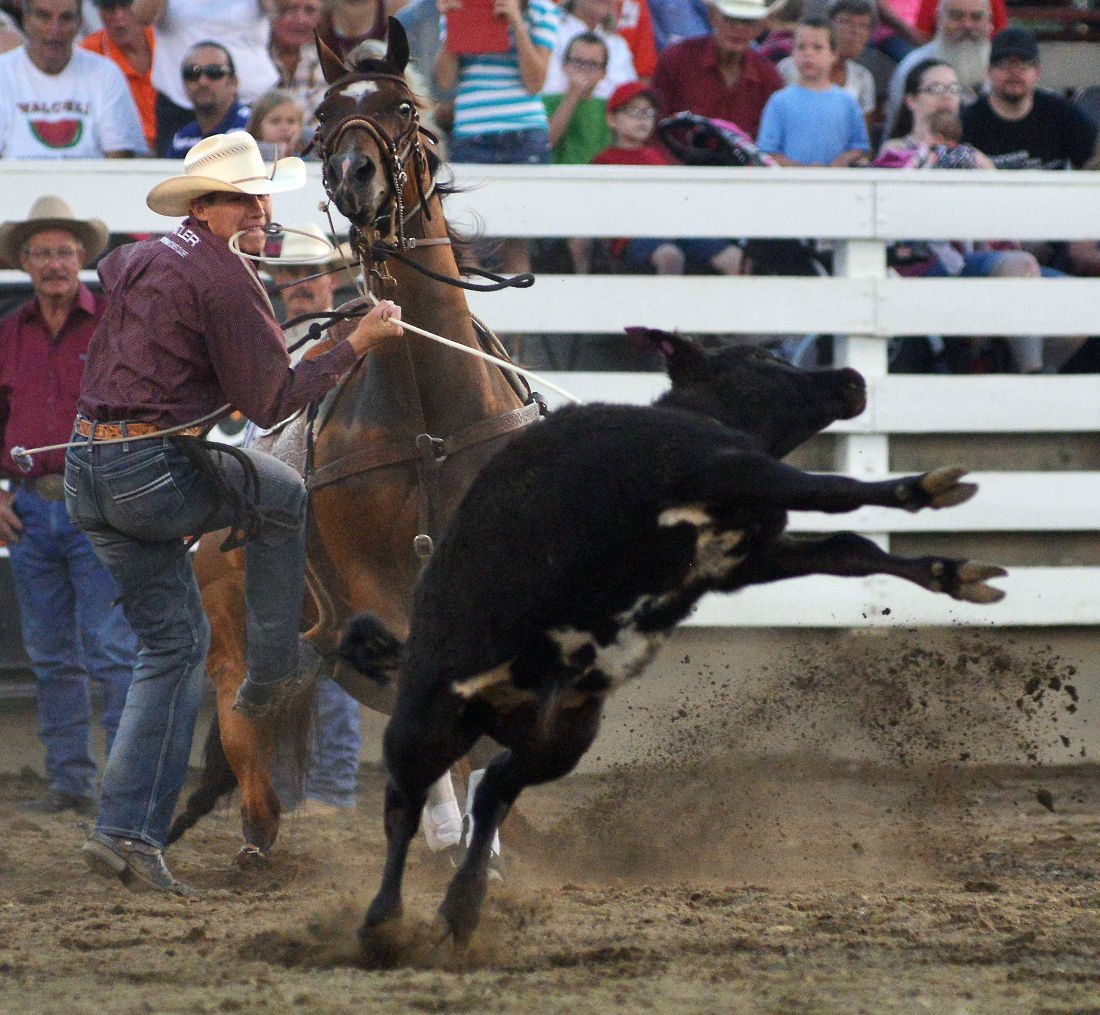 <p>Staff photo by E.J. Harris Marty Yates of Stephenville, Texas, ropes his calf in 8.3 seconds during the tie down roping Wednesday at the Farm-city Pro Rodeo in Hermiston.</p>

<p>Staff photo by E.J. Harris Taylor Gregg of Touchet, Wash., pulls down a 6.5-second time on Wednesday at the Farm-City Pro Rodeo in Hermiston.</p>

<p>Staff photo by E.J. Harris Cody Ohl of Hico, Texas, ropes his calf in 9 seconds in the tie down roping Wednesday at the Farm-City Pro Rodeo in Hermiston.</p>

<p>Staff photo by E.J. Harris Marty Yates of Stephenville, Texas, ropes his calf in 8.3 seconds during the tie down roping Wednesday at the Farm-city Pro Rodeo in Hermiston.</p>

So Vezain, whose career earnings easily top six-figures, putting things into perspective wasnt much of a challenge following Wednesdays performance round.

A bad day of rodeoing beats a good day at work, he said. As long as were out here doing what we love for a living, its a good day.

Fortunately for the Wyoming-native, Wednesday was a darned good one. Vezain matched up with Alley Trail, a horse hed never ridden, and managed to turn 8-second maiden voyage into a grand success.

Alley Trail bucked harder than any other horse before her and Vezain stayed atop her, concluding the nights competition with 86 points and thinning the margin of error for the next three night of entries.

A lot of people win this rodeo with that (score), he said wiping sweat from his brow following his victory lap.Im not saying that Im gonna win, theres a lot of great horses and a lot of great riders, so hopefully it just holds in there to place.

For a rider to surpass his total, theyll need a near arena record ride. The current event record at FCPR is 89 set in 2006 by Andy Martinez.

Our styles clicked and it felt good, Vezain said of Alley Trail.

But Wednesdays ride wont help him any.

That just wasnt a good horse. It was too easy, he said of September Skies. Its just luck of the draw. You can only do so much with whatever draw you get.

Landingham finished with 78 points, the fifth lowest of the night, but still played to the home crowd as he exited the competition grounds.

Later in the evening, Marty Yates overcame a slow slack time in the tie-down roping to post the fastest second round mark at 8.3 seconds.

That calf didnt run as hard as the rest of them, the Texan Yates said. She came right into my loop. When I got her on the ground she was awesome. You couldnt ask for much more from a fresh set of calves.

The times werent near as fast in steer wrestling. Only Taylor Gregg managed to get his animal to the ground in less than 13 seconds. Greggs 6.5 second tackle time was more than six seconds better than the next best time.

Cody DeMoss will be a busy man over the next few months. DeMoss, who ranks 22nd in the saddle bronc entering this week, knows hes got his work cut out for him to qualify for the National Finals Rodeo in December.

Im kind of on the bubble, so Im entering a lot of rodeos, he said Wednesday.

DeMoss made the most of his one-night pit stop in Hermiston, tying Troy Crowser with 80 points for the nights top score, before hopping on the bus for stops in Missouri, New Mexico and Oklahoma over the next three days.

This rodeo here itll be 87 or so that wins it Im sure, he said. Im just hoping to win something.

The Hermiston-native Trent Ezell couldnt stay on Uranus Moon long enough to post a score. The unruly horse tossed Ezell off its side after just 2.73 seconds.

The rodeo finished after the East Oregonians deadline. Check for updates in the team roping, barrel racing and bull riding in Fridays edition.