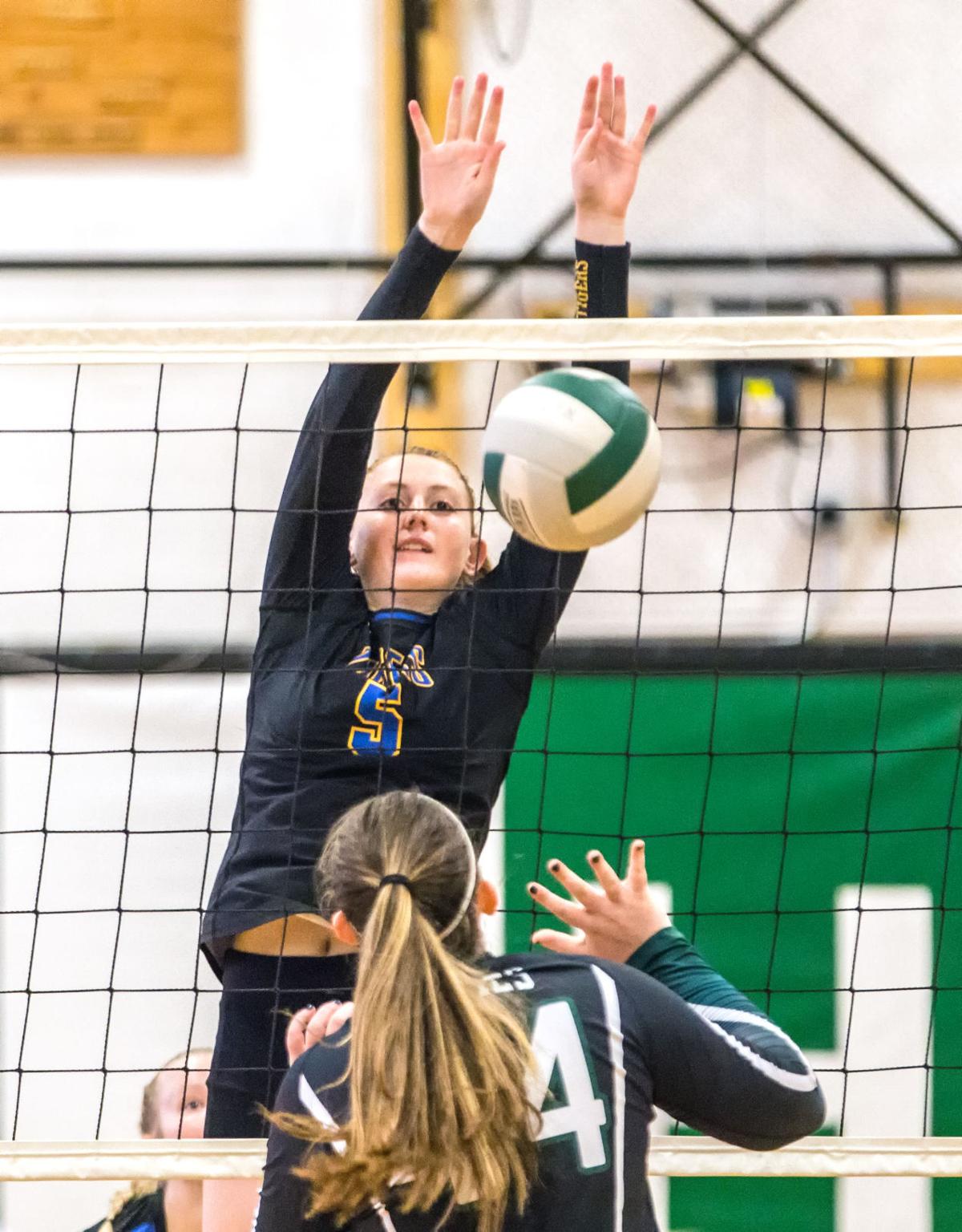 Stanfield’s Alexis Shelby watches the ball descend after blocking a hit by Helix during Saturday’s match against the Grizzlies. 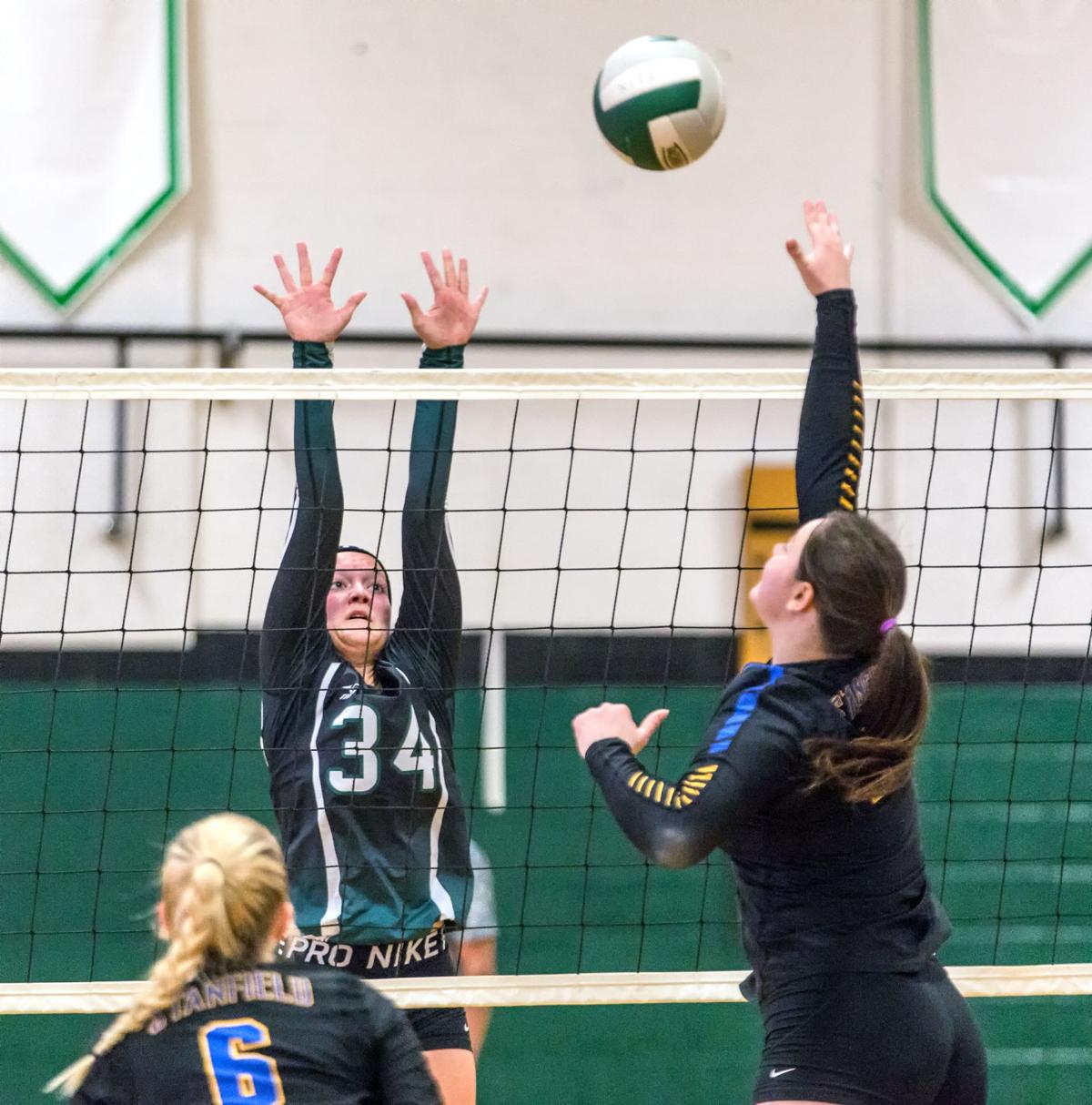 Griswold’s Kyla Harper (34) attempts to block a hit from Stanfield’s Amber Weems during their match Saturday in Helix. 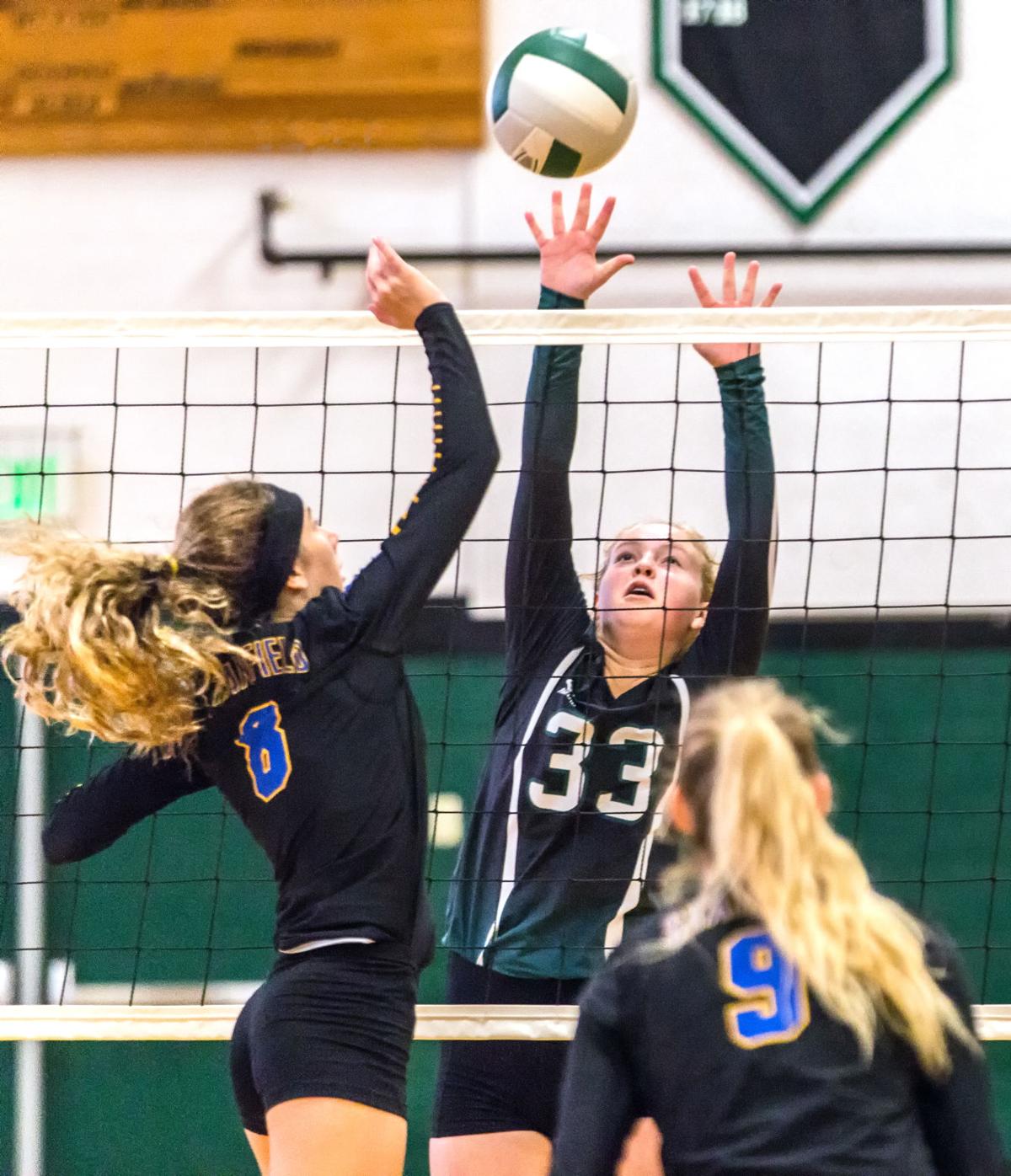 Stanfield’s Zuri Reeser (8) and Ellie Reeder (33) of Griswold battle for the ball during Saturday’s match in Helix. 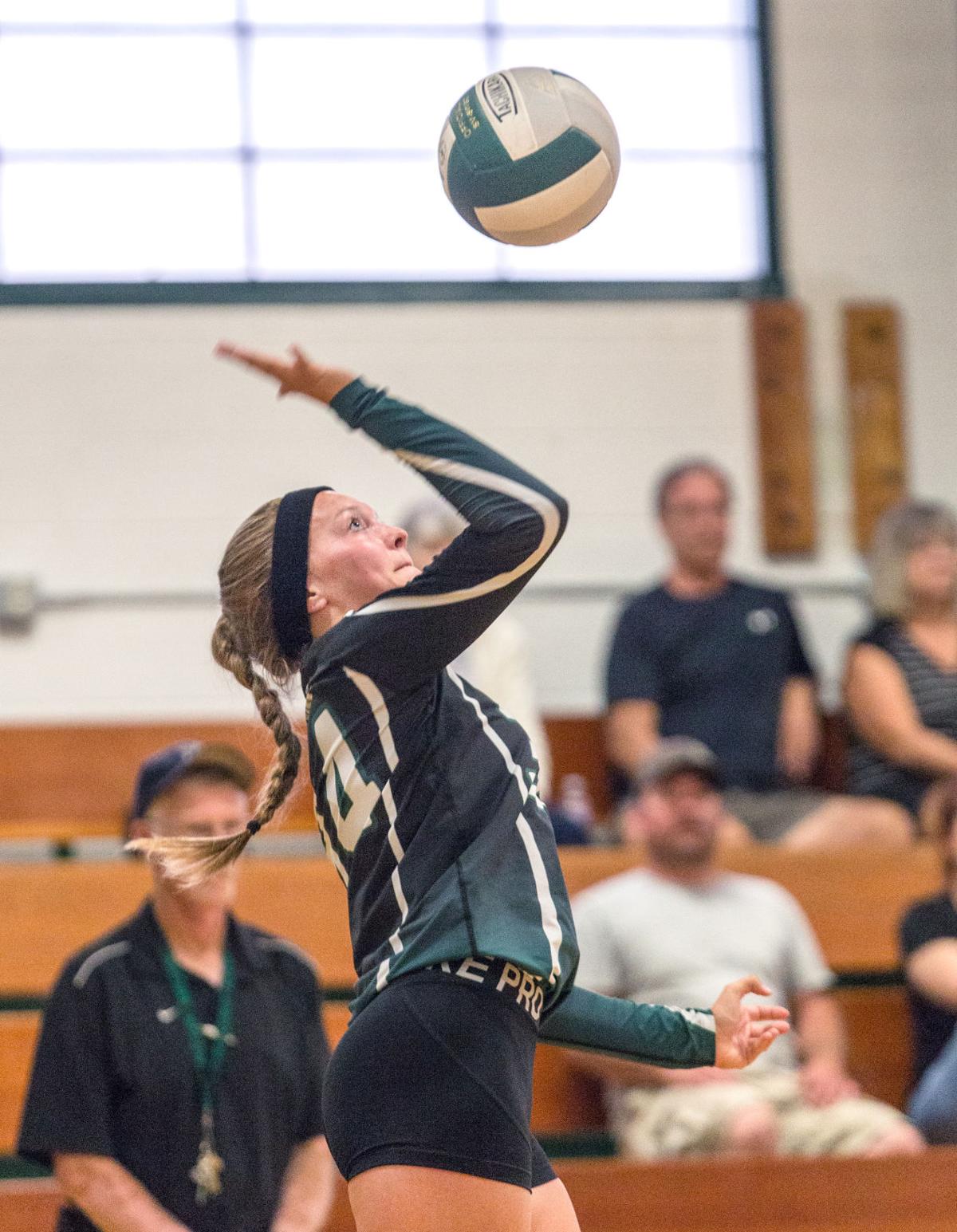 Stanfield’s Alexis Shelby watches the ball descend after blocking a hit by Helix during Saturday’s match against the Grizzlies.

Griswold’s Kyla Harper (34) attempts to block a hit from Stanfield’s Amber Weems during their match Saturday in Helix.

Stanfield’s Zuri Reeser (8) and Ellie Reeder (33) of Griswold battle for the ball during Saturday’s match in Helix.

HELIX — The good thing about preseason matches is they do not count toward your league record, and it gives coaches a glimpse as to what their team needs to work on.

Stanfield picked up a pair of wins Saturday against Helix and South Wasco County, but coach Blaine Ganvoa said there still is work to be done.

“Our focus was to minimize our unforced errors,” he said. “They are fixable. When you play with a little more confidence, the team concept comes together. We are not where we desire to be.”

“No one is fully prepared for the beginning of the season,” first-year Helix coach Caitlin Steele said. “Until you get live action, you don’t know what you really need to work on. This shines a light on what you need to do.”

The Tigers (3-1) led 20-7 in the first set before the Grizzlies started plugging away.

Helix got solid serving from Kyla Harper and Kayleen Stahancyk down the stretch to bring their team within 24-21. Stanfield ended the set with a block by Alexis Shelby.

Unforced errors by the Tigers let the Grizzlies hang around in the second set, and Helix made the most of the opportunity.

Amber Weems helped the Tigers take back control with a pair of ace serves for a 21-20 lead.

A net serve by Gabriella Simpson tied the scored at 24-24. Brooke Howland served up an ace, and Zuri Reeser laid down a kill to put the match away.

“I call us the little engine that could,” Steele said. “We just keep plugging and plugging away. Even when we make mistakes, we just keep in going. We are getting better game by game.”

SWC put up a fight at the start of the first set, taking an early lead before the Tigers came back to tie to score at 5-5 and 6-6. It was all Stanfield from there.

Brielle Howland had a string of points for a 14-7 lead, while Brooke Howland and Sharp also had solid serving runs in the win.

Stanfield used consistent serving in taking an early lead in the second set. They had leads of 11, 12 and 13 points late in the set before a Brooke Howland kill sealed the win.

After a 3-3 tie in the third set, the Tigers made quick work of the Redsides, who were able to pull within 16-12, but would get no closer.

“Our focus is to maximize the preseason to get our lineups set,” Ganvoa said.

“Volleyball is a game of momentum,” Steele said. “We hang in there because we refuse to quit.”

Twelve unforced errors hurt the Grizzlies (0-3) in the first set, where they trailed 8-3 and 20-12. They took advantage to three consecutive SWC errors to pull within 24-17 late, but a block by Holly Miles on Harper ended the match.

Helix held its own in the second set. The Grizzlies led 22-20, but the Redsides came back to knot the score at 22-22. Kylie Iverson served out the match for SWC, with Laurynn Davis laying down the winning kill.

In the third set, it was Helix’s turn to tie the set at 22-22. Rylee Mann dished up four aces in a row for the win.

In the final set, the Grizzlies evened the score at 8-8, but it would be all SWC from there, including three ace serves by Reese Millis that gave the Redsides a commanding 21-13 lead.

Stahancyk, who had 17 digs in the match, said the Grizzlies have improved every game this season.

“I love our enthusiasm,” the senior libero said. “We haven’t had that the last couple of years. That keeps us fighting. I was a little worried at the beginning of the season, but I have been really impressed with our effort the last few games.”