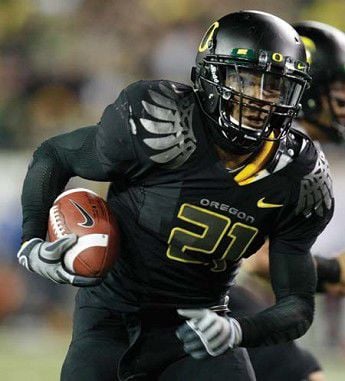 LaMichael James (above) and Jacquizz Rodgers (below) will square off when Oregon plays Oregon State Thursday in Eugene. 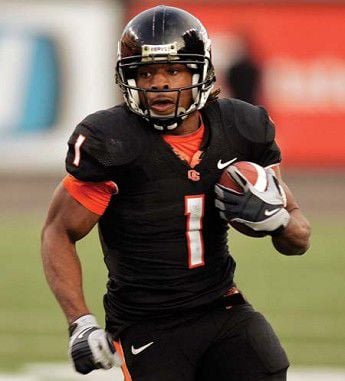 Young RBs will highlight War of the Roses

LaMichael James (above) and Jacquizz Rodgers (below) will square off when Oregon plays Oregon State Thursday in Eugene.

Young RBs will highlight War of the Roses

EUGENE - Both are young and wily, undersized and underestimated.

Two of the Pac-10's best running backs, Oregon State's Jacquizz Rodgers and Oregon's LaMichael James, face off on the field for the first time Thursday in the Civil War.

The winner will face Ohio State in Pasadena on New Year's Day. Oregon has not been to the Rose Bowl since 1995, while the Beavers haven't been since 1965.

If James was excited for the game, he wasn't letting on earlier this week.

"Everything is really relaxed right now," he said. "Not trying to think about the game too much."

James, much like Rodgers last year, was one of the Pac-10's biggest surprises this season. He even surprised the Ducks.

Known as LaMike to his teammates, James was pressed into a more prominent role this season when LeGarrette Blount was suspended. Blount punched Boise State defensive end Byron Hout following Oregon's 19-8 loss to the Broncos in the season opener on Sept. 3.

At first it looked as though the Ducks would be hurt by the loss of Blount, who rushed for 1,002 yards the previous season.

But James broke out in Oregon's third game, a 31-24 victory over then-No. 18 Utah, with 152 yards rushing and a touchdown. He has started ever since.

James has rushed for 1,310 yards, setting a new Pac-10 and school record for a freshman. He surpassed Rodgers, who ran for 1,253 yards last season and was named the league's Player of the Year.

Even LaMike himself didn't foresee his role this season.

"Not this much," he said. "But I felt I would contribute anyway I can, like playing the slot like I was at the beginning of the season, cheering on my teammates, or whatever it takes to win."