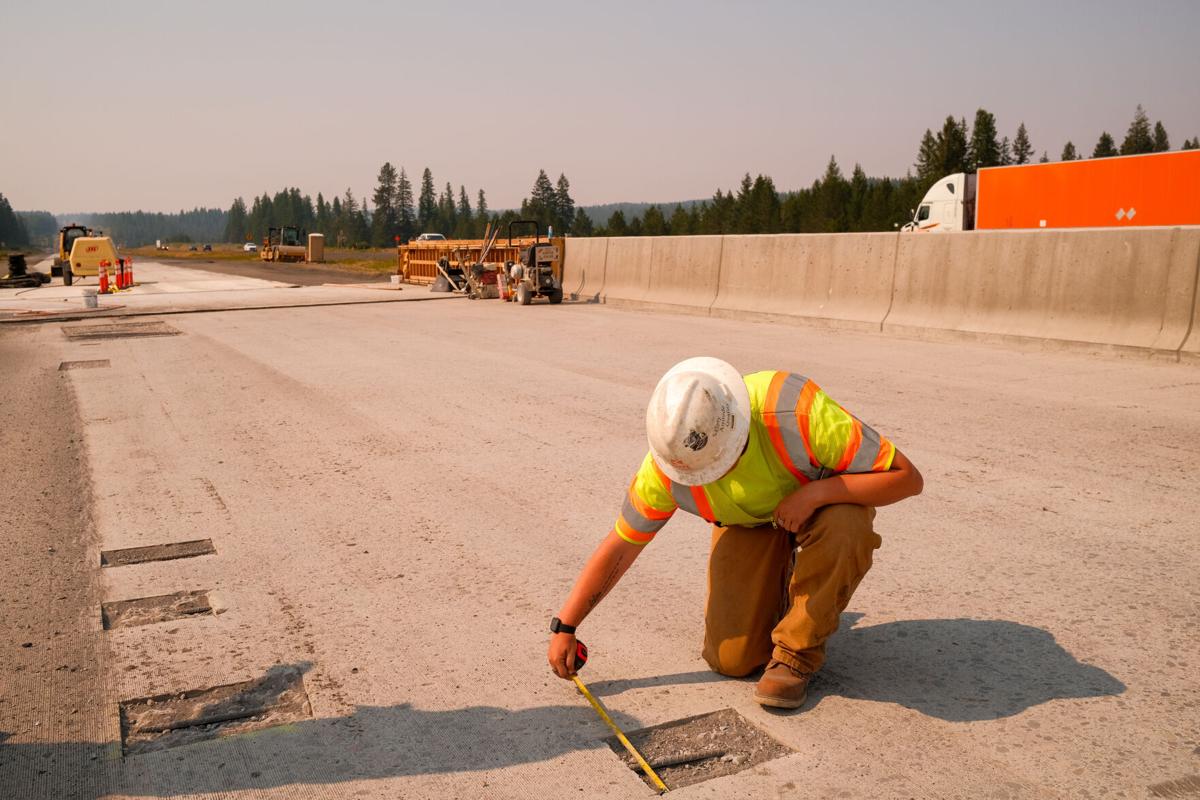 Steph Hylton, of Knife River Corp., measures parts of the road Wednesday, July 14, 2021, for repair work on Interstate 84 between Meacham and Spring Creek. 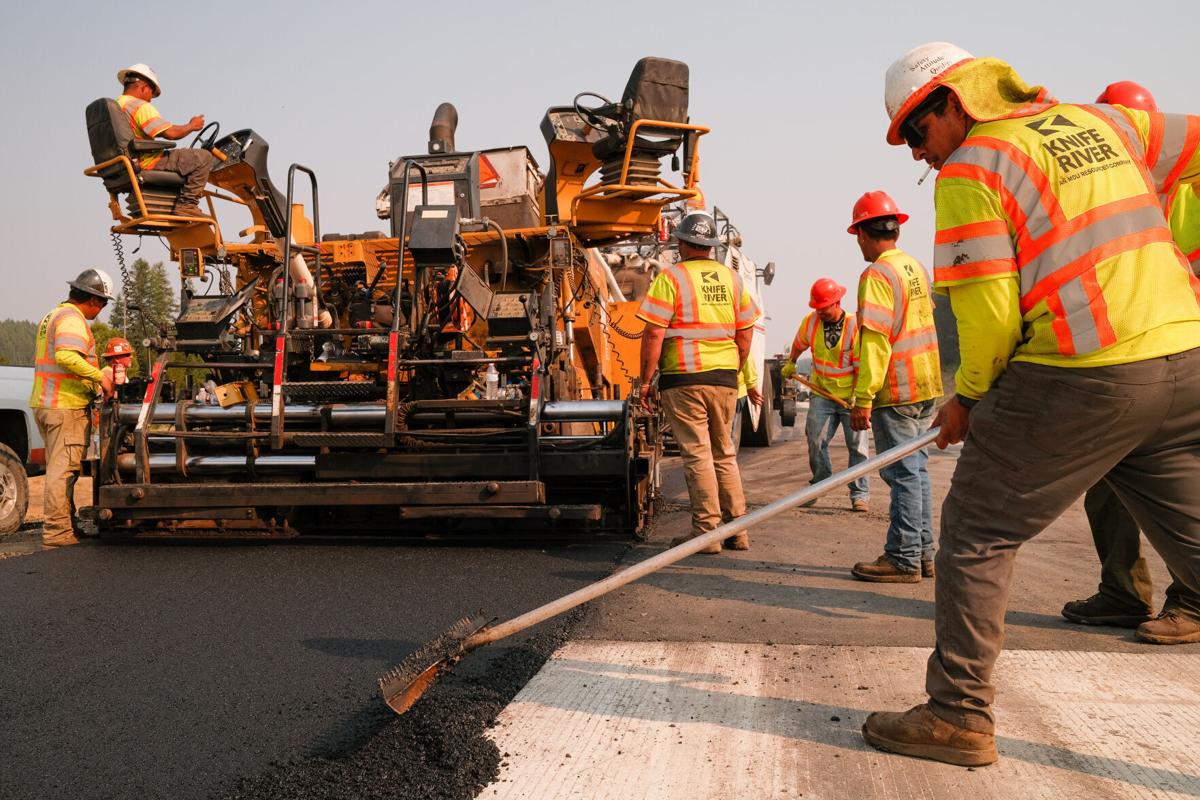 Employees with Knife River Corp. lay asphalt Wednesday, July 14, 2021, along a stretch of road between Spring Creek and Meacham on Interstate 84. 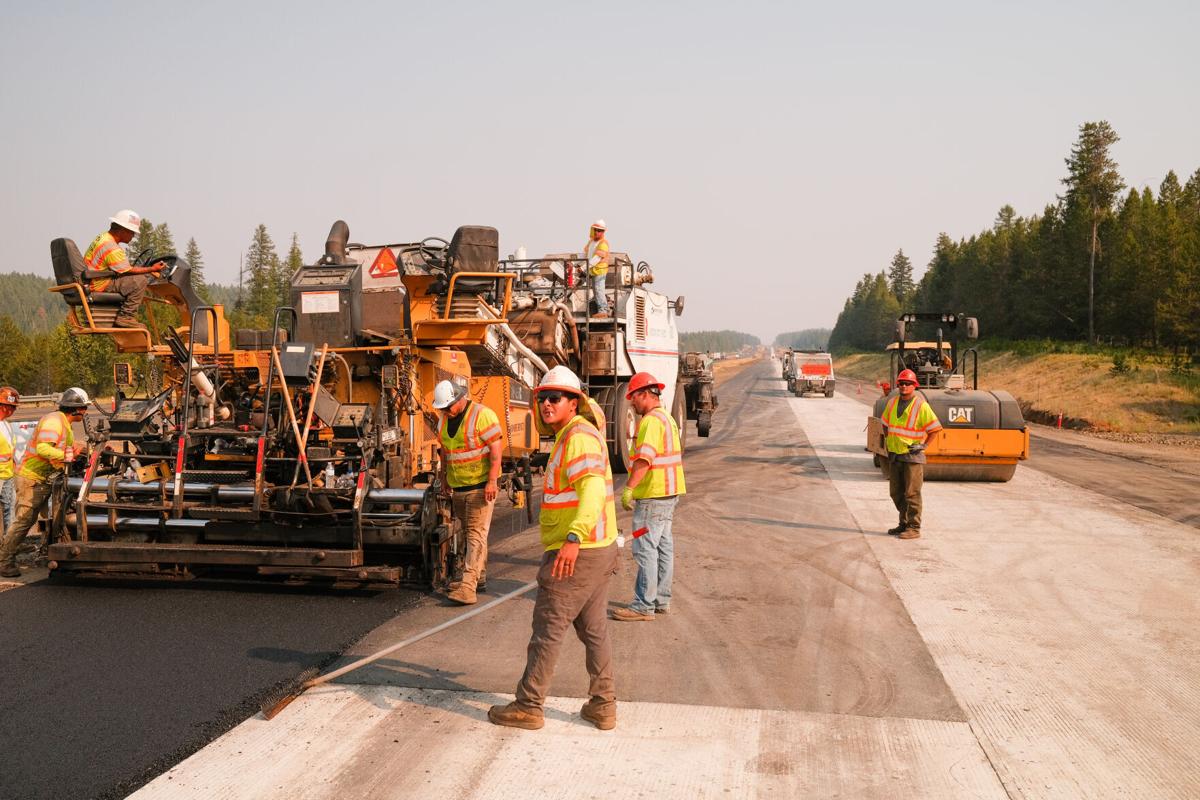 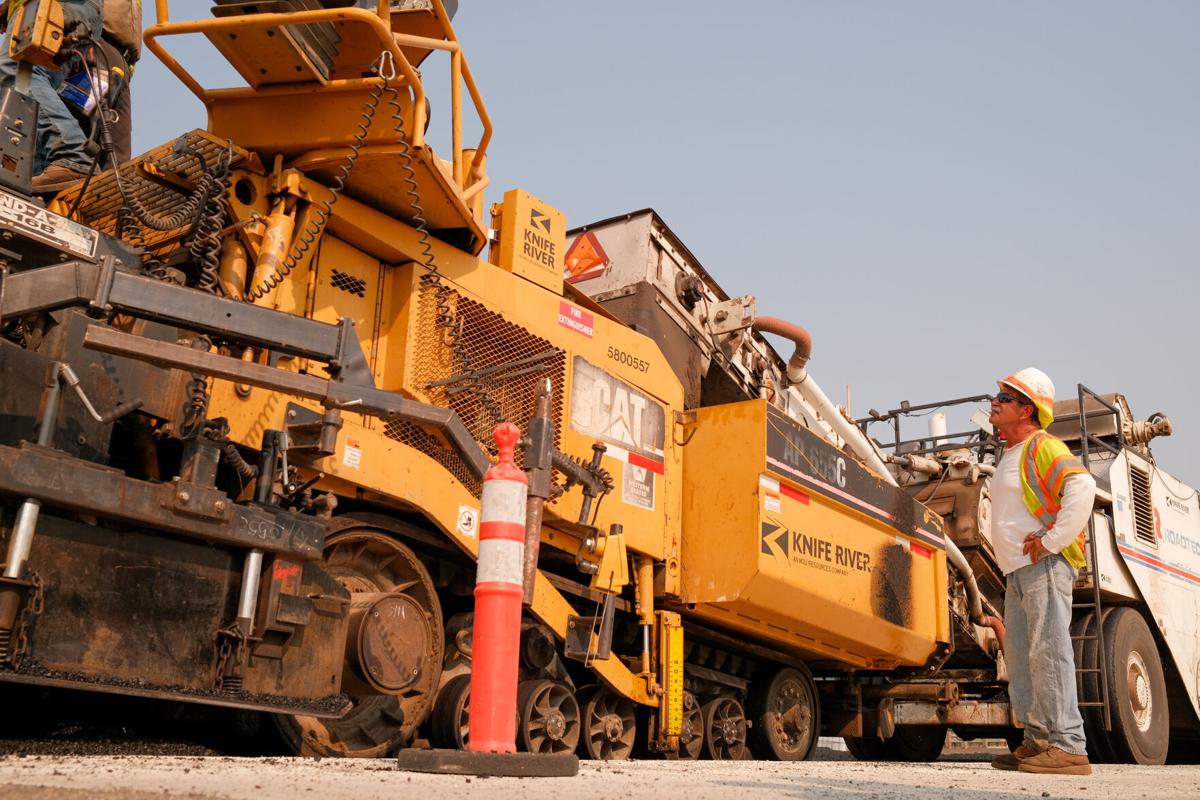 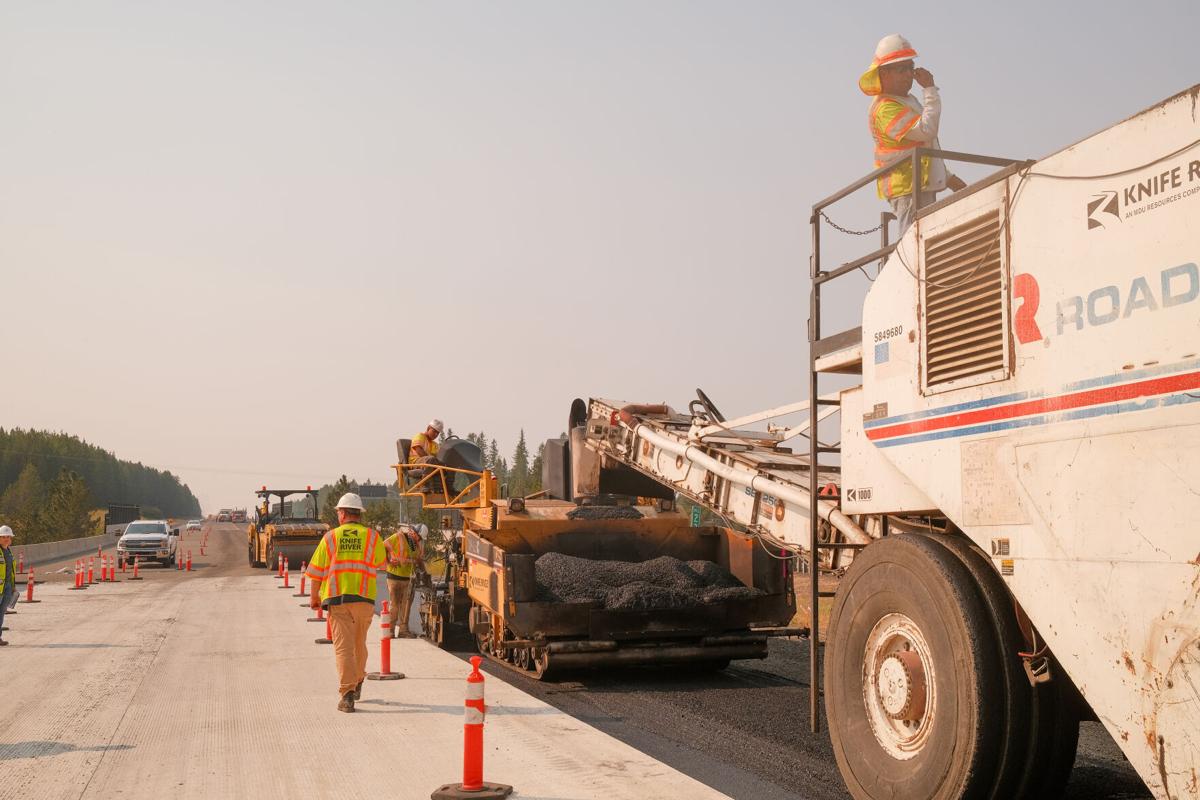 Steph Hylton, of Knife River Corp., measures parts of the road Wednesday, July 14, 2021, for repair work on Interstate 84 between Meacham and Spring Creek.

Employees with Knife River Corp. lay asphalt Wednesday, July 14, 2021, along a stretch of road between Spring Creek and Meacham on Interstate 84.

MEACHAM — Road work on Interstate 84 between Meacham and Spring Creek this summer is a tale of fire and ice.

They are doing 3½ miles of road restoration on Interstate 84 this summer as part of a $39 million, two-year, 10-mile project during which ODOT will replace the road’s surface up to milepost 248 near Kamela, 13 miles northwest of La Grande.

Tom Strandberg, an ODOT spokesperson, said the work is necessary because severe winter weather and heavy use of tire chains have rutted the road’s asphalt surface.

“This creates hazardous driving conditions when water, snow and ice collect in the ruts, cracks and potholes,” he said.

The westbound and eastbound lanes for slow traffic, now made of asphalt, are being rebuilt with concrete and the fast lanes are receiving new asphalt.

Strandberg said concrete, which is longer lasting than asphalt, is the best fit for the slow lanes because they have such heavy truck traffic.

“The slow lanes receive the most punishment,” he said.

Concrete is more expensive than asphalt but the extra cost is worth it, Strandberg said, because it holds up better.

“Asphalt lasts 10 to 15 years but concrete can last at least 35 years,” Strandberg said.

The work being done in the I-84 Meacham to Kamela project is having a major impact on traffic because the entire westbound portion is now closed.

While the two westbound lanes are being restored, the two parallel eastbound lanes have traffic traveling in opposite directions.

“It is essentially a two-lane highway,” Strandberg said.

Cones have been installed to divide the two lanes of traffic. The speed limit is being reduced from 70 to 50 mph in the work zone of the project to protect travelers and those working at the site.

Oregon State Police, working in cooperation with the transportation department, have an increased presence at the work zone to discourage people from speeding through it.

OSP’s presence is highest during time periods when many people are working at the site, said state police Lt. Dan Conner. He said visibly parked police cars, or ones with flashing lights where an officer has pulled someone over, slow motorists passing through the work zone.

“We really appreciate their presence,” he said. “They do an awesome job.”

Strandberg urges drivers to slow down on this stretch to reduce the likelihood of an accident. He said he believes more drivers are tempted to exceed the speed limit because they are anxious to get rolling after being homebound for so long during the COVID-19 pandemic.

The ODOT spokesperson encouraged people who are going to drive west on I-84 to plan ahead so they have plenty of time to reach their destination.

“This will prevent them from becoming frustrated and anxious when driving through the work zone,” Strandberg said.

“They are able to work without having to worry about traffic,” the state transportation department engineer said.

Paving work for the Meacham-Kamela project, which is being funded primarily with federal gas tax money, will continue this year through October and then start again in spring 2022.